After making their debut on June 27 with “Moonlight,” NeonPunch held a showcase where they talked about “MIXNINE” and their role models!

On the JTBC and YG Entertainment survival show “MIXNINE,” members of NeonPunch made Yang Hyun Suk smile during their audition. Member Baek-Ah (who competed on the show under real name Kim Su A) said, “It was my first time doing that kind of audition so I worried about how I should do it, but I was able to perform while keeping eye contact with Yang Hyun Suk.”

Baek-Ah went on to say that while Yang Hyun Suk had looked tired at first, he accepted their greeting and smiled broadly at them. “I was relieved and thought, ‘He’s a kind person,'” she said. “If we meet him again in the future, I think he might remember us because we were quite strong.”

NeonPunch is the first girl group to make their debut with members who appeared on “MIXNINE.” When asked about this, they promised to work hard to fit with the amount of attention on them.

Following the finale of “MIXNINE,” it was announced that the winning final boy group will not be making a debut. NeonPunch was asked how they felt about the cancellation of the group’s debut.

“I was really upset when I saw the news,” said Baek-Ah. “I saw them working hard a lot and thought they were cool when I saw their performances, so I was upset when I found out it had fallen through. However, ‘MIXNINE’ isn’t the end, so I hope they will continue to work hard and show us new things.” 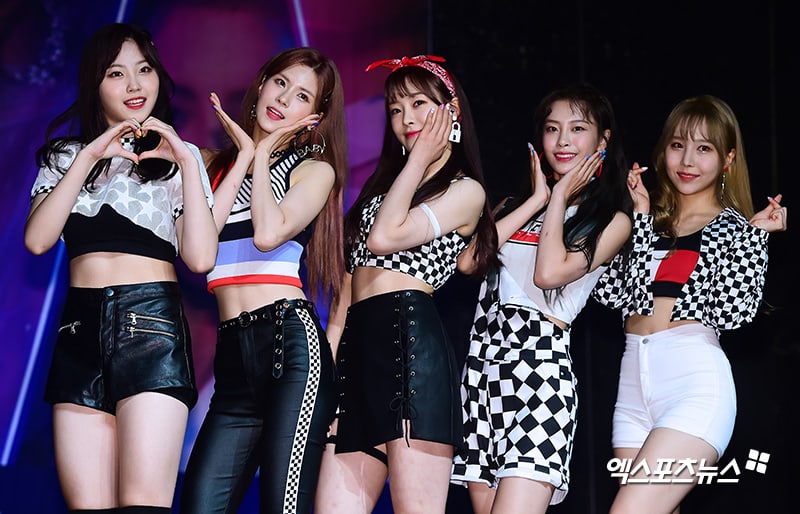 When asked who their role model is, member Terry named Girls’ Generation, explaining that they want to learn from them in terms of their cool performances. They also said they admire how the Girls’ Generation members have been active as solo artists too, and told a story of how they got goosebumps when they listened to Taeyeon’s latest song “Something New.”

During the showcase, the members were told that “Moonlight” had entered a realtime music chart at No. 98. Da-Yeon said, “I’m so surprised. Thank you so much, and we’ll work hard.”

XPN
MIXNINE
NeonPunch
How does this article make you feel?