Super Junior’s Donghae and Kim Heechul went to some surprising lengths to win a game on “Super TV 2”!

On the June 28 episode of the group’s variety show, Super Junior went up against Oh My Girl in a number of entertaining competitions.

In one segment of the episode, the members of Super Junior and Oh My Girl pretended to be students in a classroom surreptitiously sneaking bites of their food during class. The game required the idols to finish the food in their lunchboxes as quickly as possible without attracting the attention of the “teacher” (comedian Park Sung Kwang).

Unfortunately, Heechul’s disrespectful use of informal language during roll call immediately caught the attention of the teacher, who proceeded to question him about his suspicious chewing. Heechul looked visibly nervous as Park Sung Kwang walked up to him and asked him to open his mouth.

Just when the jig appeared to be up, Donghae suddenly came to Heechul’s rescue by diving in for a kiss. The two bandmates faked a steamy liplock—to the screams of the shocked Oh My Girl members—as Heechul finished chewing and swallowing his food. 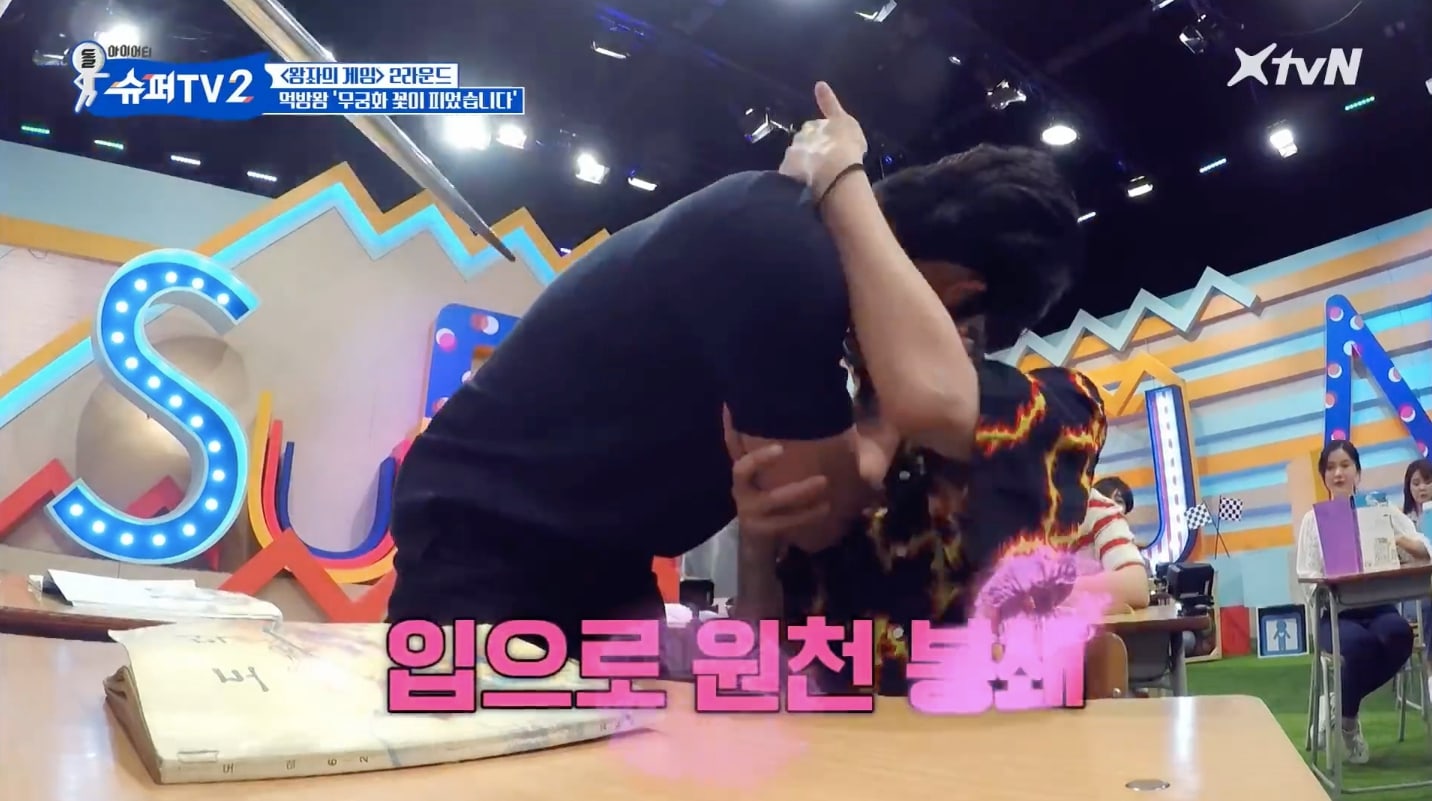 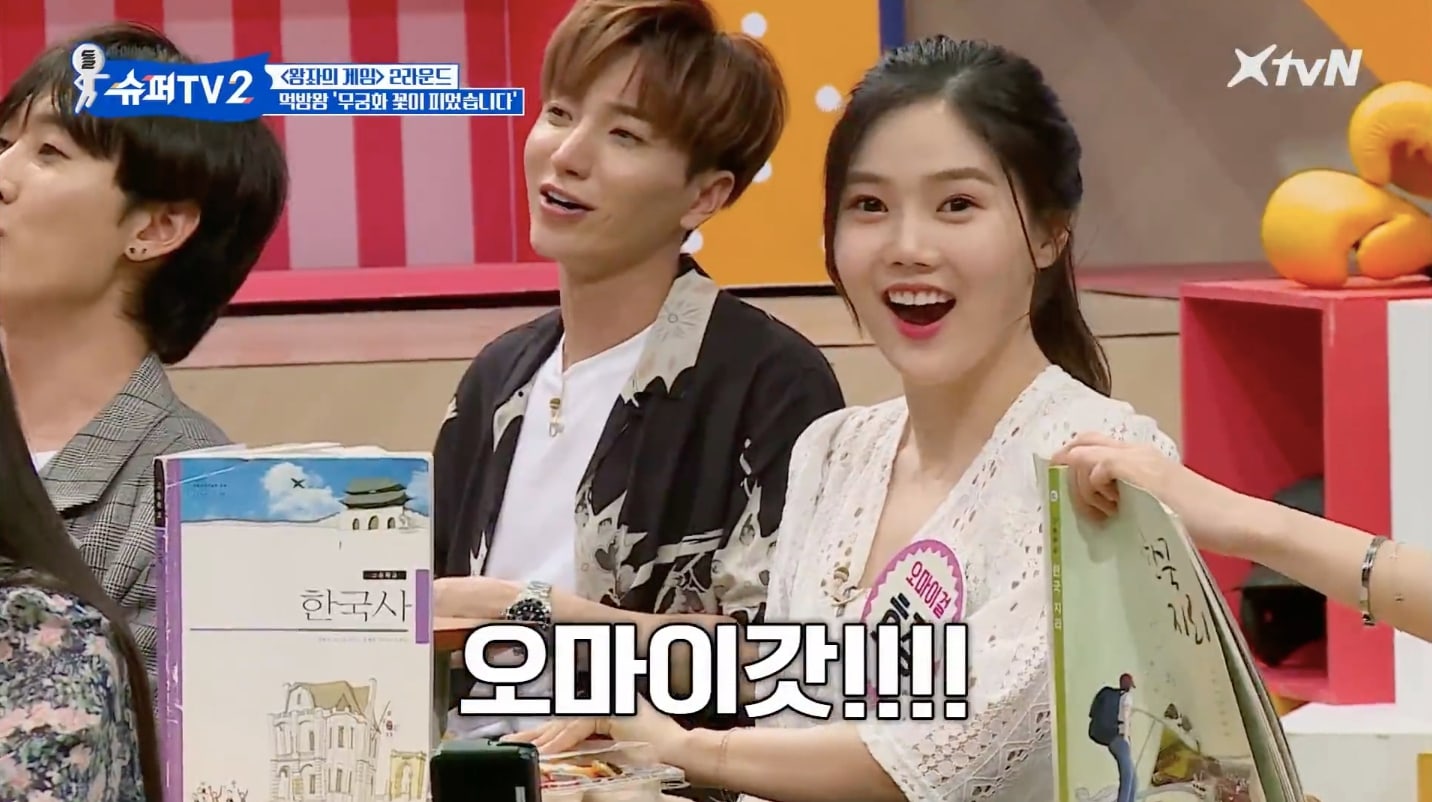 Leeteuk jokingly explained, “The two of them are dating,” with Eunhyuk and Heechul chiming in, “It’s the first day of a new relationship.”

Park Sung Kwang replied with a smile, “Okay, that’s fine. Kissing is okay, but eating [in class] is not.”

Watch the clip of Donghae and Heechul’s passionate moment below!