On the June 29 broadcast, the actress walked the streets and met fans on the show’s segment “Guerrilla Date.”

In an interview afterward, Kim Go Eun said, “I gained 8 kilograms (approximately 17.6 pounds) for my role in ‘Sunset in My Hometown,’ but I was happy. I ate everything I wanted.”

She also spoke about her friendships with other actresses. On “China Town” co-star Kim Hye Soo, Kim Go Eun said, “We have a group chatroom for ‘China Town.’ She shares various kinds of information.”

She continued, “I met Jeon Do Yeon in the film ‘Memories of the Sword.’ I call her late at night after I drink. At first, she was worried.”

The reporter then brought up how Kim Go Eun has worked with many handsome actors in her previous works such as Gong Yoo in tvN’s “Goblin,” Park Bo Gum in “China Town,” Park Hae Jin in “Cheese in the Trap,” and Park Jung Min in “Sunset in My Hometown.”

When asked to choose which one of these actors she’d like to introduce to a friend, Kim Go Eun answered, “Park Jung Min. He’s a really good person. The other people are all great too, but Park Jung Min is the real deal.” 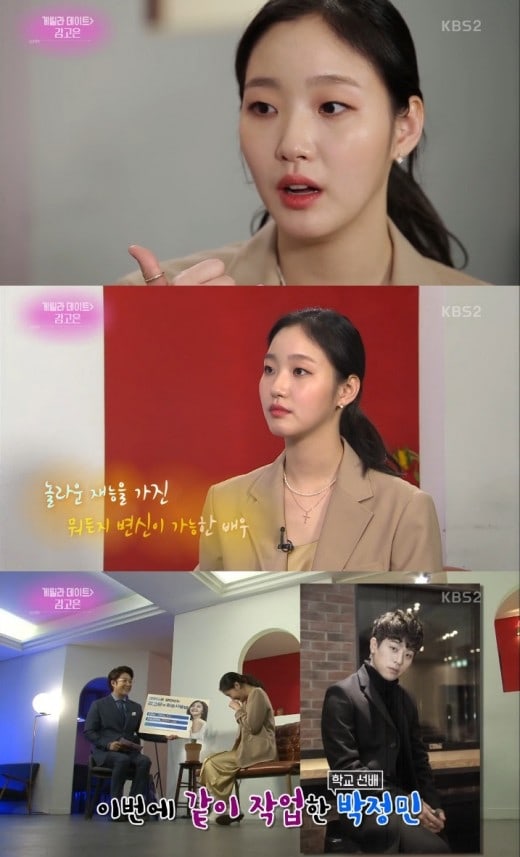 “Sunset in My Hometown” will premiere in theaters on July 4.

Entertainment Weekly
Kim Go Eun
How does this article make you feel?