As the weather heats up, there’s lots of K-pop on the way in July, meaning you may be soon finding a new summer jam.

Get ready for what’s ahead by checking out the calendar of releases below!

Note: This article was published on June 30 and comebacks announced after that will be included in the next calendar coming up in mid-July! 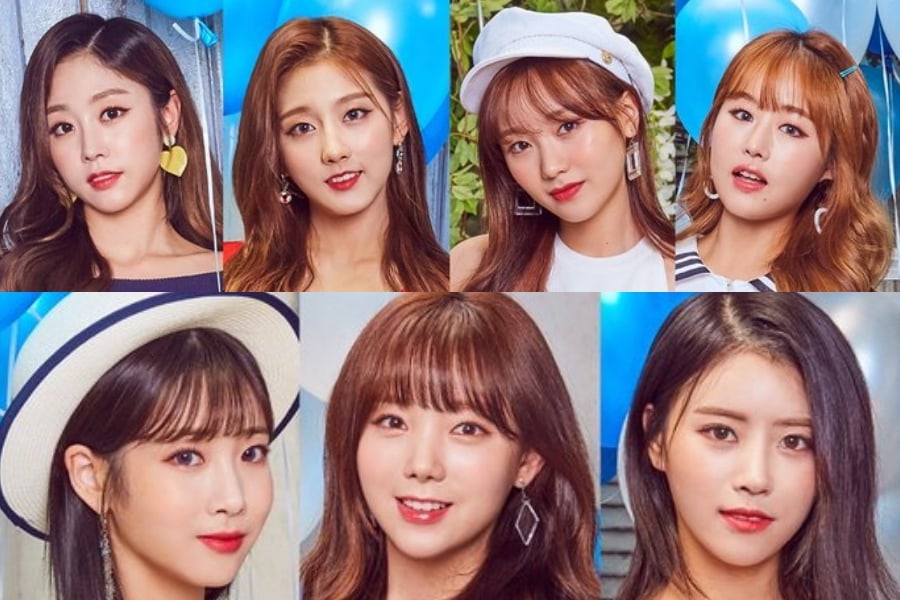 Lovelyz will be releasing their digital single “Wag-zak” on July 1 at noon KST. The group has already been performing the song ahead of their comeback, with their first performance on the June 28 episode of “M!Countdown.” They’re currently promoting as seven members while Jin takes a break due to health concerns. 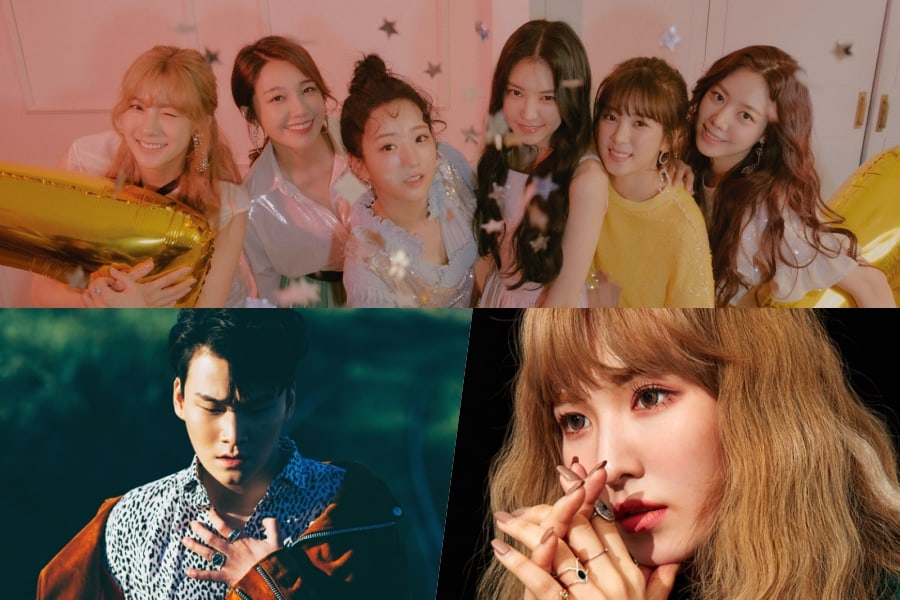 Apink is making a return on July 2 with their mini album “ONE & SIX,” after recently celebrating their 7th anniversary.

Yang Da Il and Red Velvet’s Wendy will release a new song entitled “One Summer” that day. The MV stars Park Woo Jin of Wanna One. 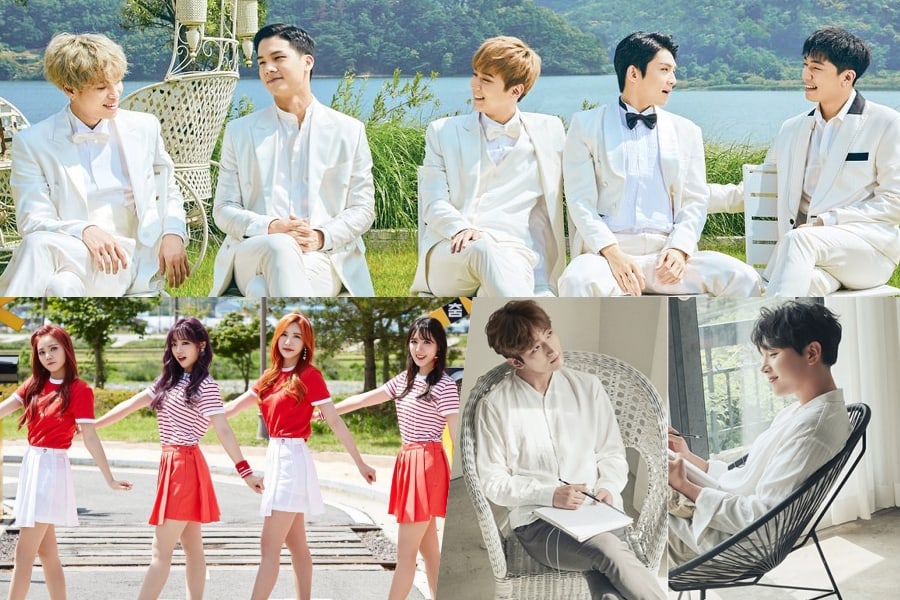 Teen Top will be releasing a repackaged album on July 3 titled “Teen Top Story: 8pisode,” including the title track “Lover.”

Girl group FlaShe will return with “Baby Lotion” that day. The duo MeloMance is also sharing their mini album “The Fairy Tale” on July 3. 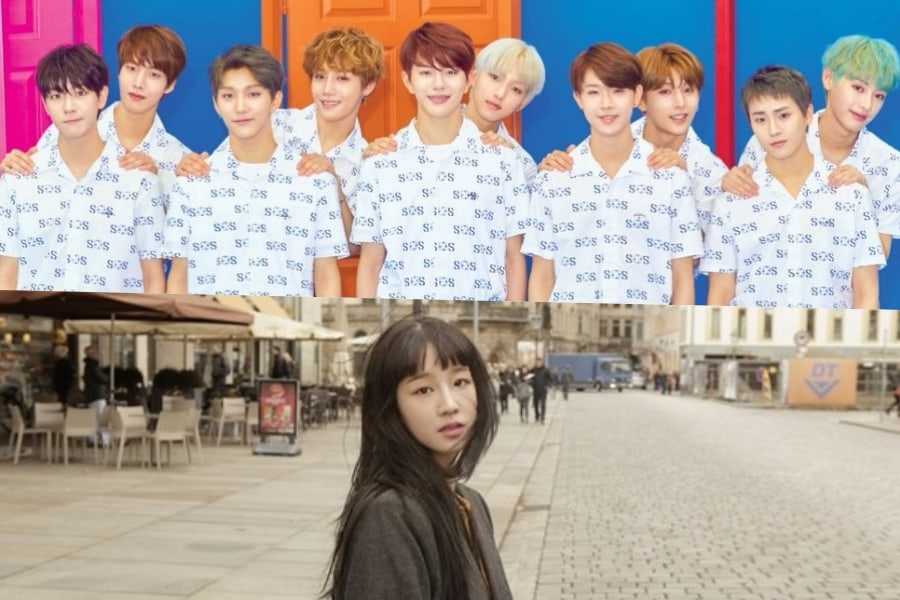 Golden Child’s comeback is slated for July 4, when they’ll release their single album “Goldenness” including the title track “Let Me.” 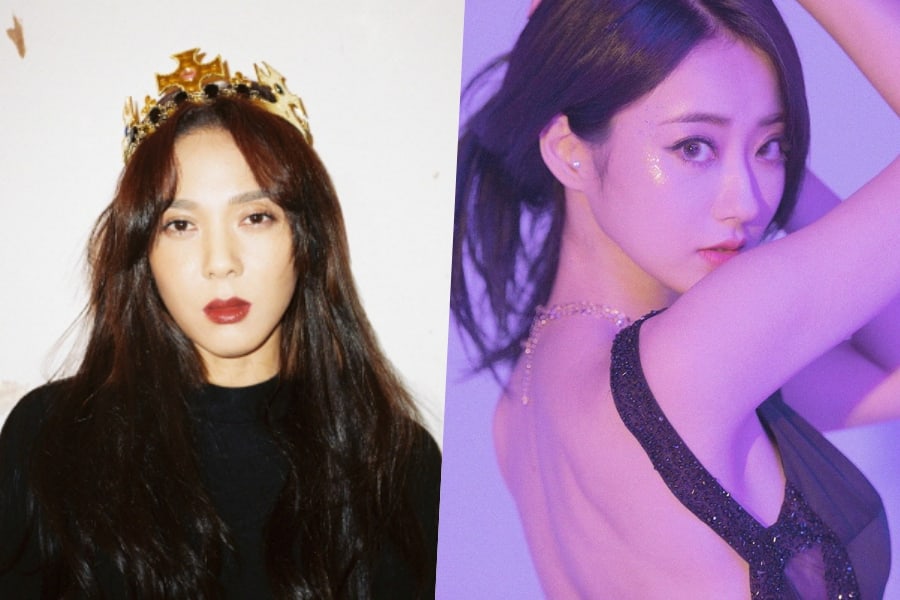 9MUSES member Kyungri’s solo debut is slated for July 5 with the release of a digital single. 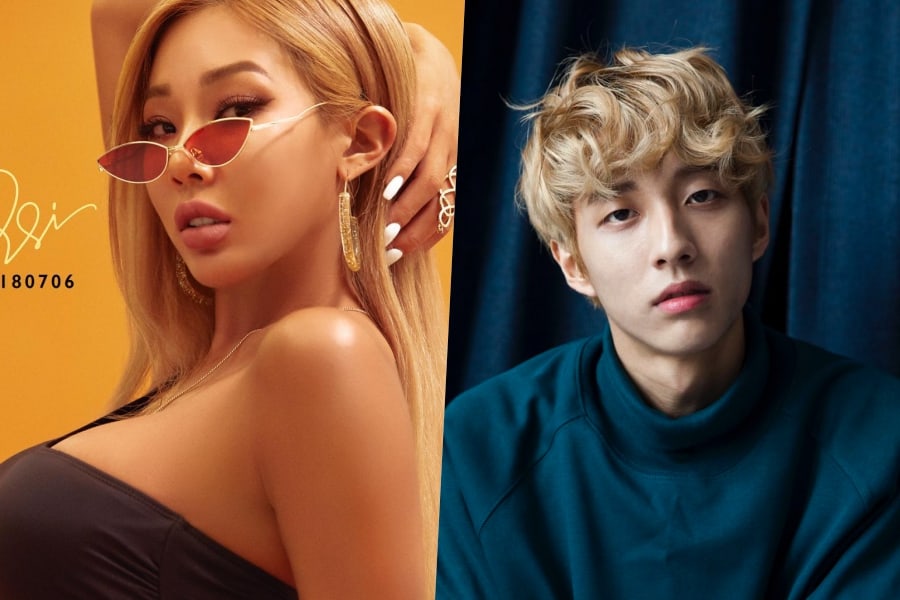 Jessi will be releasing a new digital single on July 6, and AOMG producer Gray took part in producing the track.

Holland has announced that he’ll release “I’m Not Afraid” on July 6. 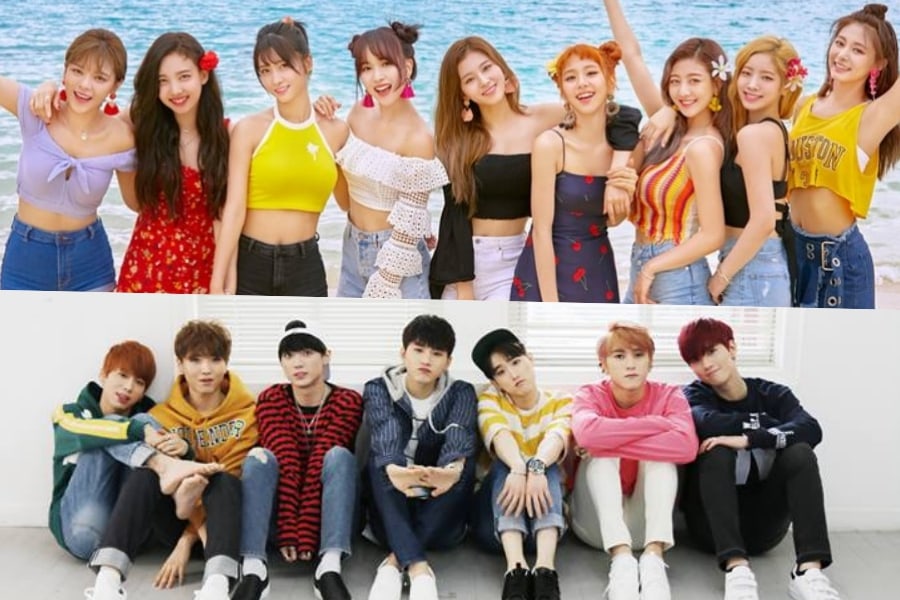 TWICE’s comeback is scheduled for July 9, when they’ll share their mini album “Summer Nights” featuring the title track “Dance the Night Away.”

Boy group TARGET will also make a comeback on July 9 with a new single album. 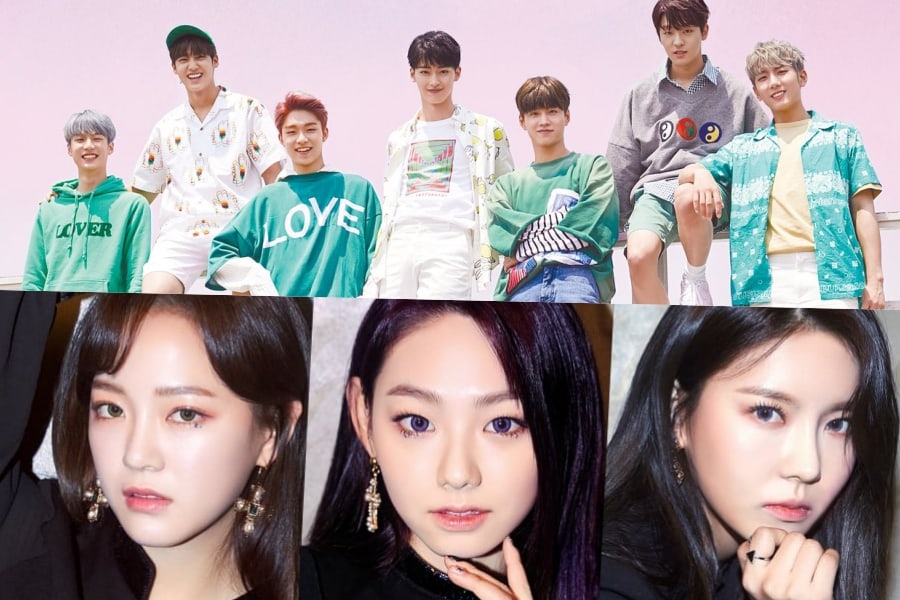 MYTEEN will return with their second mini album “F;UZZLE” on July 10, including the title track “She Bad.” VIXX’s N has created the choreography for the song. 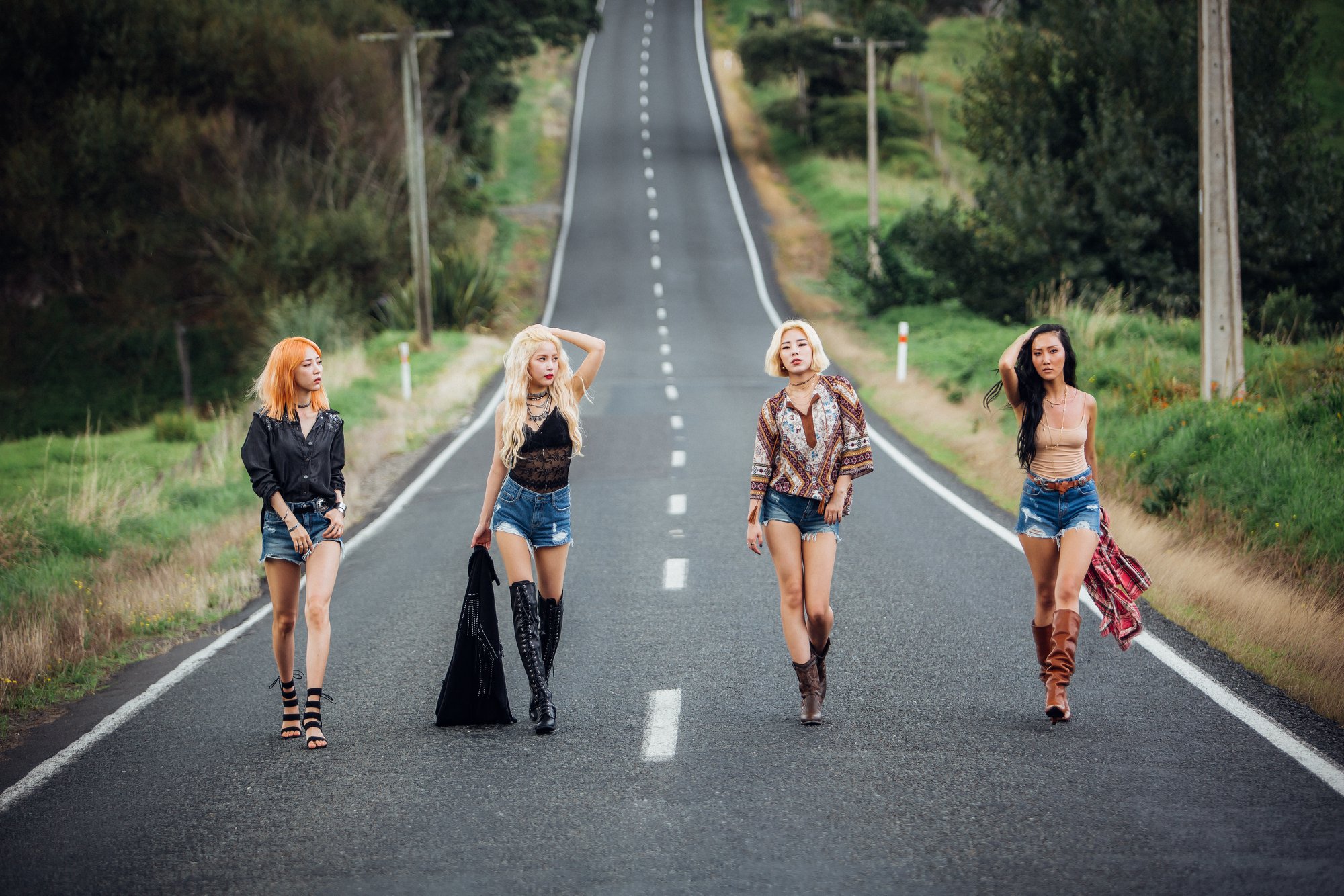 MAMAMOO will be making a comeback on July 16 with a new mini album, as part of their 2018 project of releasing new music for each of the four seasons. The group has also hinted that something new will be shared on July 1 at 6 p.m. KST. 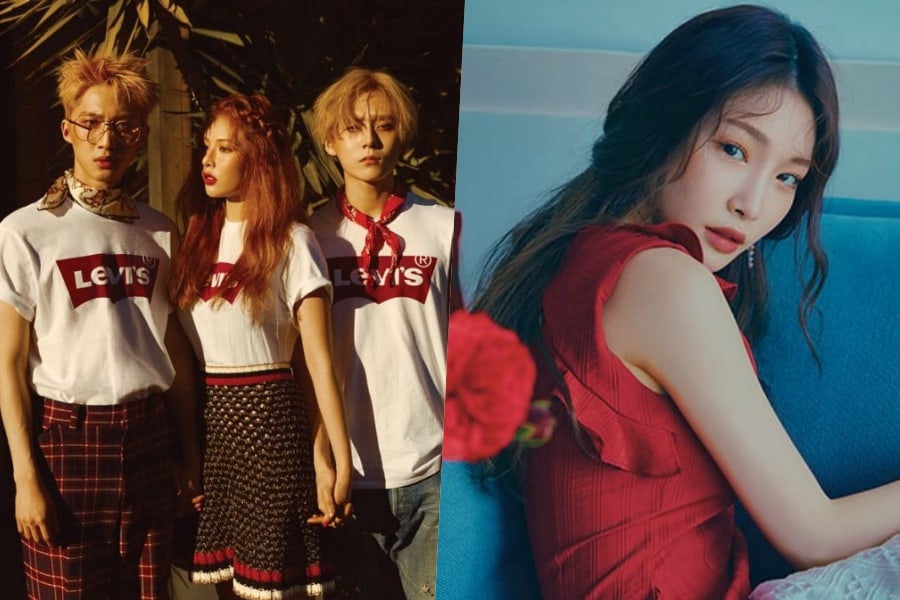 Soloist Chungha will return that day as well with her third mini album. 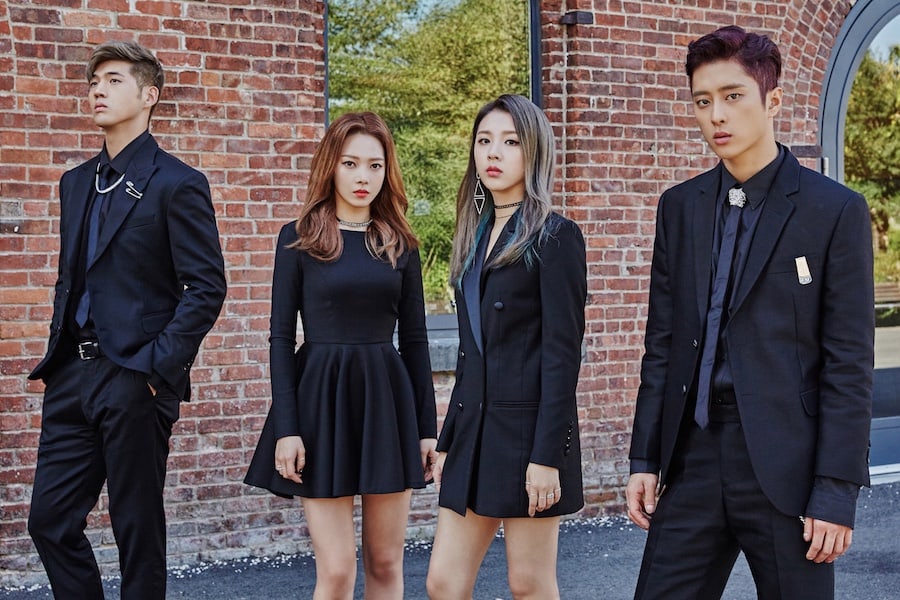 KARD is gearing up for a return on July 25 with a new mini album.

There are many other releases coming up in July!

BIGBANG’s Seungri is scheduled to release a solo album in early July, according to YG founder Yang Hyun Suk.

Ladies’ Code’s Ashley is preparing to promote solo for the first time this summer, with the aim of releasing new music in mid-July.

VARSITY is also planning a comeback in July. Berry Good is getting ready for a comeback with the goal of returning in the latter part of the month.

In June, it was announced that DIA will be making a July 5 comeback, but there have been no further updates on a new release from the group. Stay tuned for news on DIA’s return!

Which July K-pop release are you the most excited for?

Note: This article was published on June 30 and comebacks announced after that will be included in the next calendar coming up in mid-July!