Watch: UNB And UNI.T Cover EXO, Beyoncé, And More As They Battle It Out In Dance Cypher

UNB and UNI.T appeared as guests on the June 30 episode of JTBC’s “Idol Room,” where they showed off their dance moves and competed with each other in a dance cypher.

MC Jung Hyung Don first asked UNB about their choreography, and they shared that all the members contributed to the choreography of their songs. They then showed a charismatic dance cover of EXO’s “Monster.” UNI.T also performed their own powerful dance cover of Beyoncé’s “Run the World.” 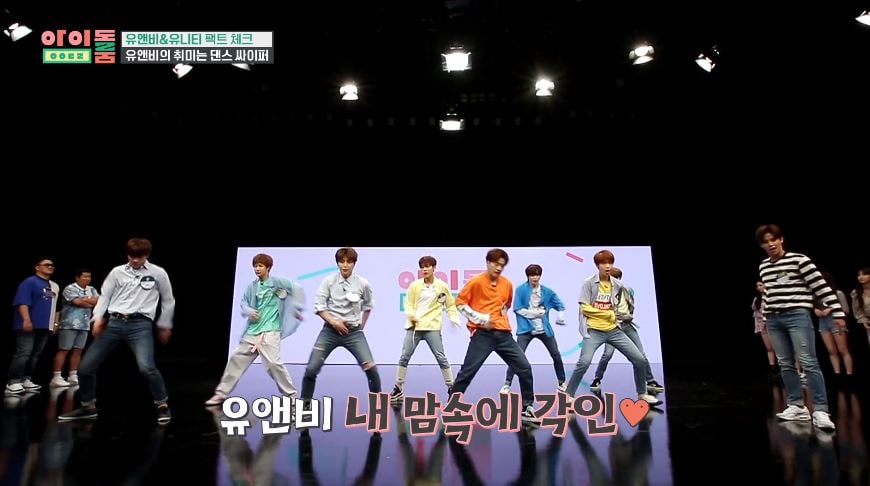 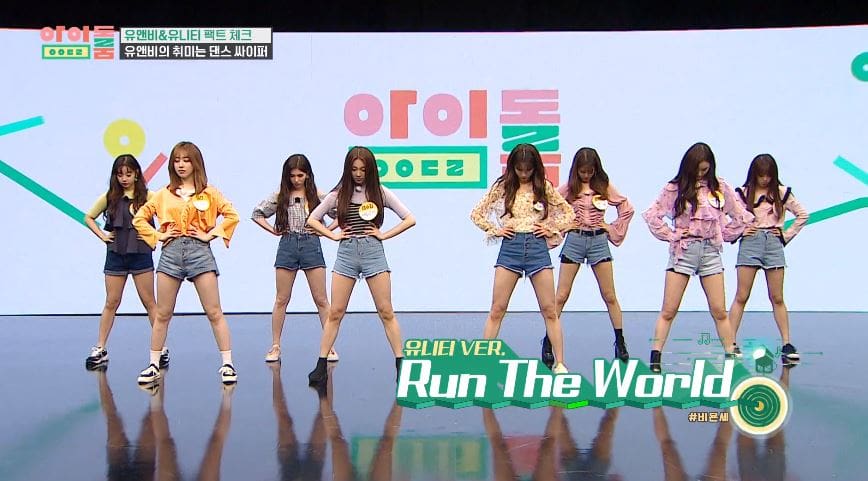 The MCs then began a dance cypher between the two groups, where for each random song that was played, one member from each group would come up to the front for a dance-off.

Starting with Taemin’s “Move” and BTS’s “Fake Love,” members from the two groups showed their sensual and charismatic takes on the choreography. However, when faced with girl group songs such as TWICE’s “What is Love?” and Red Velvet’s “Red Flavor,” the UNI.T members had the advantage. As the UNI.T members showed off their K-pop dance knowledge, the UNB members first stole glances at them in order to mimic their moves, then later ended up hilariously dancing to the song however they wanted, displaying outright that they didn’t know the original choreography. 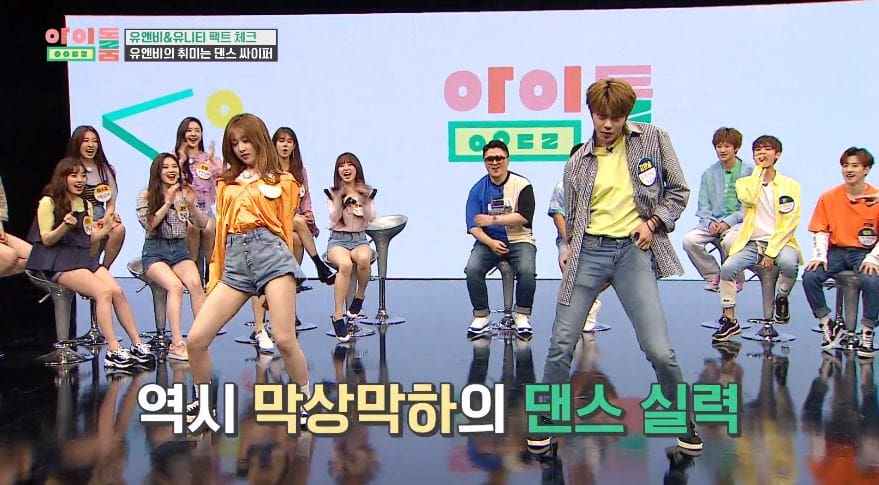 When a popular children’s song about sharks came on, UNI.T’s Hyunjoo put on an adorable performance befitting the song. UNB’s Daewon, however, followed the trend started by his group’s members and simply danced however he wanted, adding his own special flair to the song. Once Hyunjoo saw his performance, she also gave up on trying to stick to the song’s original vibe, and she ended up dancing wildly to the cute song as well. The two groups continued dancing hilariously to Kim Yeon Ja’s “Amor Fati” and finally the “Idol Room” theme song created by PENTAGON’s Hui. 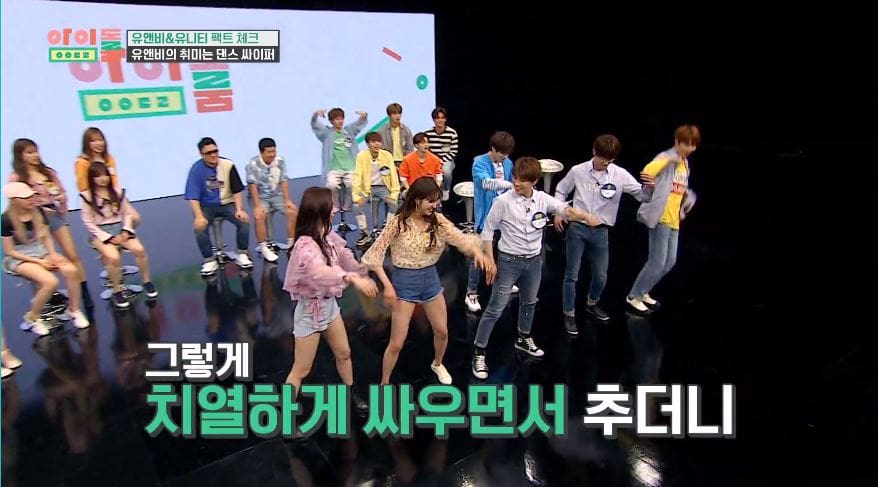 Watch UNB and UNI.T’s covers of EXO and Beyonce below!

UNB
UNI.T
Idol Room
How does this article make you feel?