Apink’s Hayoung has shown that she is quite the formidable opponent in Kim Heechul’s ability to guess idol songs quickly.

Apink guested on the June 30 episode of JTBC’s “Ask Us Anything,” and on one of the segments, they challenged Super Junior’s Kim Heechul in his specialty of guessing idol songs after only listening to one second. To add to the fun, they suggested that they also throw in the whole group having to correctly dance to the song as well.

For the first song, Hayoung stepped up to answer before Kim Heechul, but he ultimately guessed Brown Eyed Girls’ “Abracadabra,” shocking the Apink members with his ability. 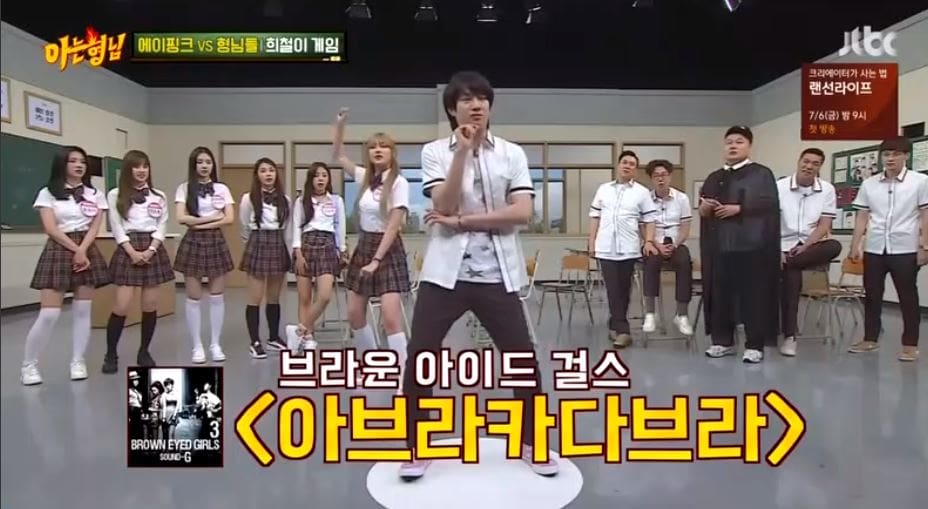 The second round proved to be a bit tricky as Jung Eun Ji incorrectly guessed Trouble Maker’s “Trouble Maker,” and everyone got another listen. Hayoung immediately ran up and correctly guessed BLACKPINK’s “As If It’s Your Last.” However, they struggled a bit with the choreography, and the cast of “Ask Us Anything” took the opportunity, making the girls burst into laughter and protest to their answer because of their ambitious dance moves. They eventually settled on a tie. 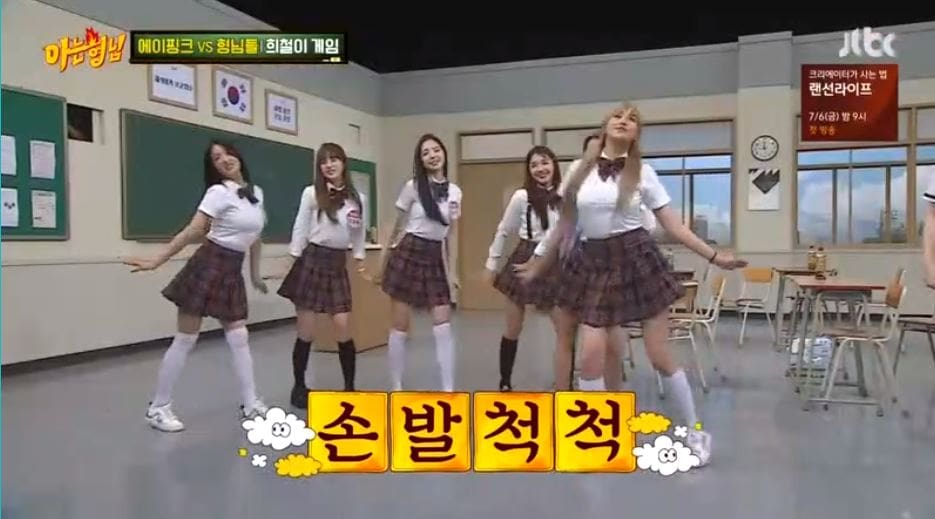 Kim Heechul proved his K-pop knowledge once more in the third round by correctly guessing AOA’s “Like A Cat,” and the members barely won the point by enthusiastically dancing to the song. 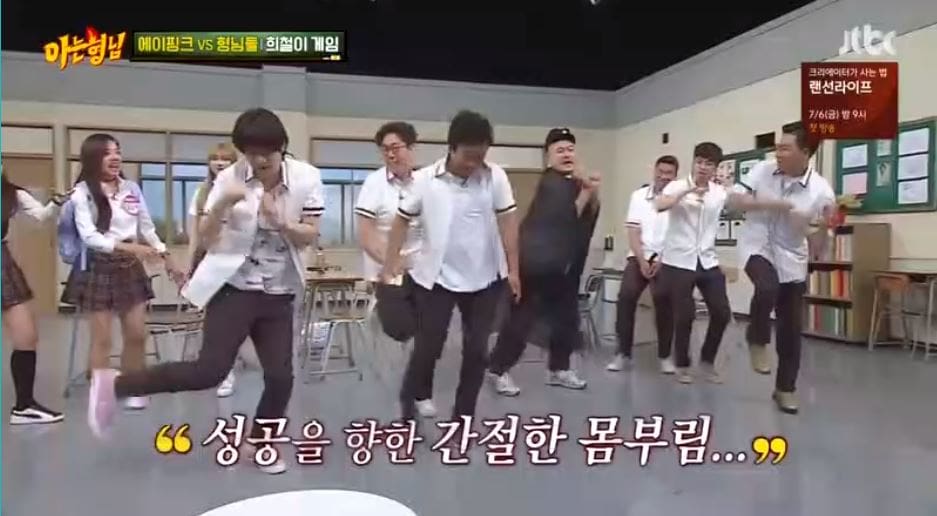 The fourth round was a bit easier, but Hayoung’s speed won over Kim Heechul as she guessed Wonder Girls’ “So Hot.” However, they once again lost the point to the “Ask Us Anything” crew because of the choreography. 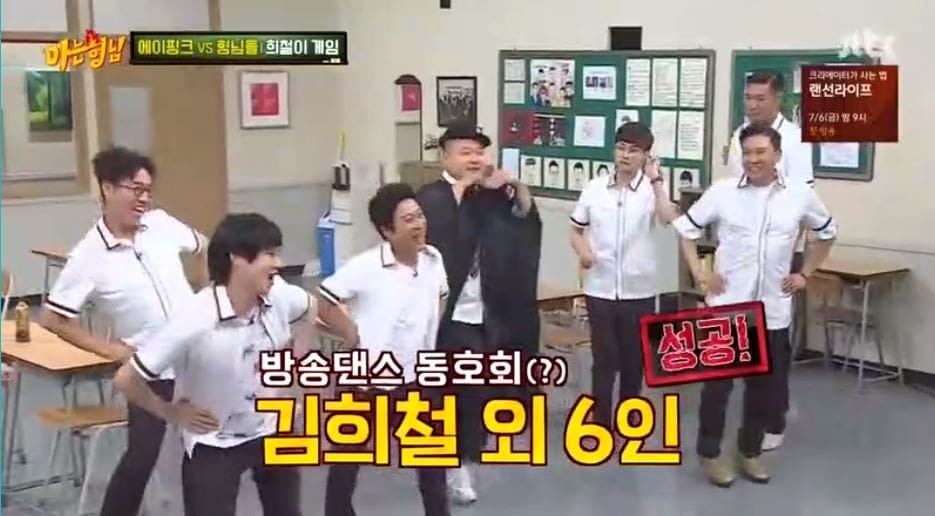 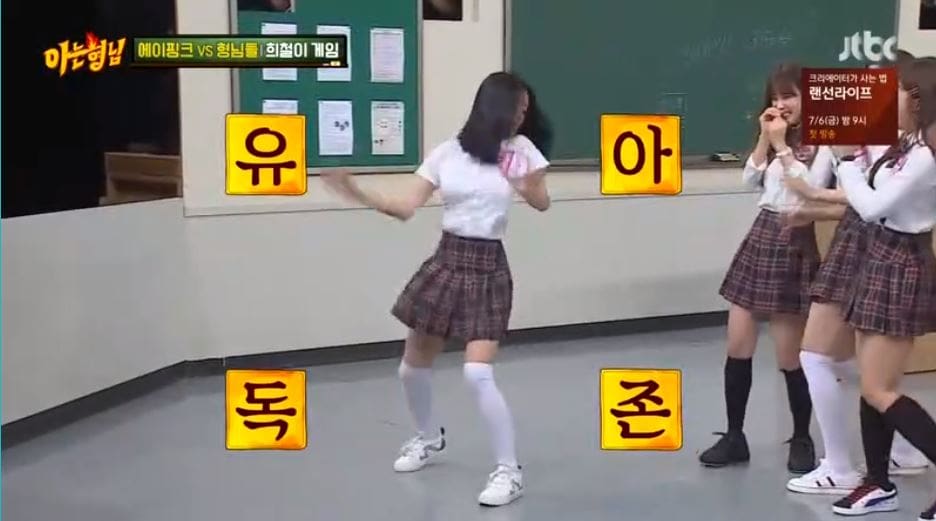 Watch Apink and the “Ask Us Anything” members guess K-pop songs below!

Apink
Super Junior
Ask Us Anything
Hayoung
Kim Heechul
How does this article make you feel?