In the romantic comedy, Park Seo Joon plays the role of Lee Young Joon, a business that possesses wealth, looks, and ability but is so in love with himself. Park Min Young, as Kim Mi So, takes on the role of being his secretary.

At the end of episode eight, viewers finally saw what they were waiting for. Not wanting to create distance after a misunderstanding, Kim Mi So kisses Lee Young Joon first after confessing her feelings. Her bold kiss helps Lee Young Joon overcome his trauma.

Following the exciting episode, the drama has released still cuts of some of their most heart-fluttering scenes, making viewers even more excited about the couple.

Their affectionate touch and gazes to each other are causing viewers’ hearts to melt. Park Min Young is shown lovingly wrapping her hands around Park Seo Joon’s face before kissing him. In another scene, Park Seo Joon is seen gently wiping sauce off of Park Min Young’s lips. 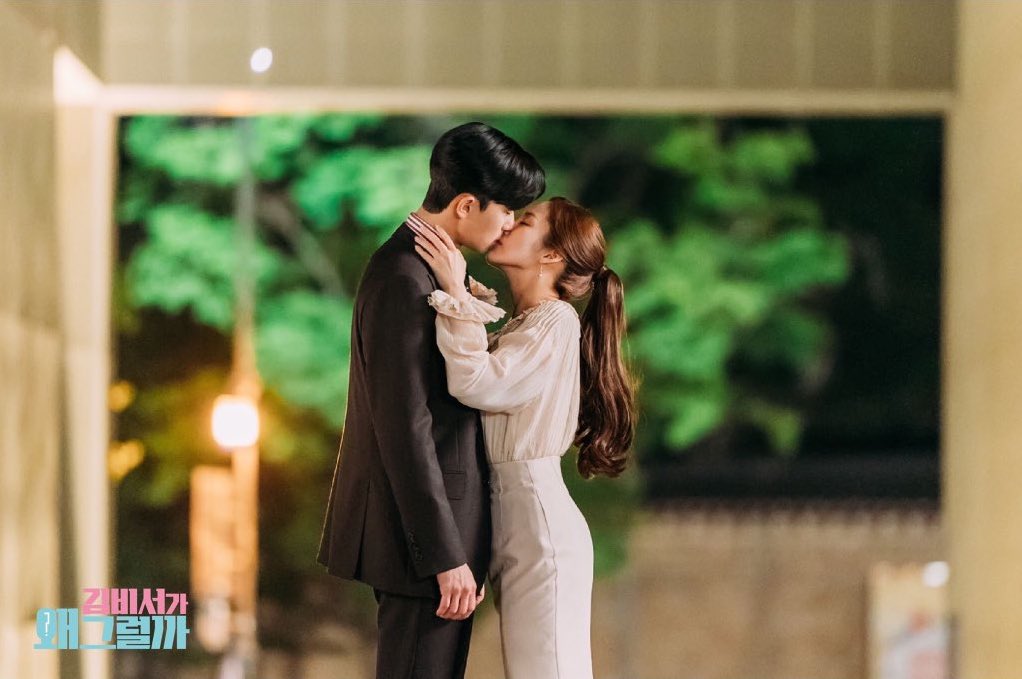 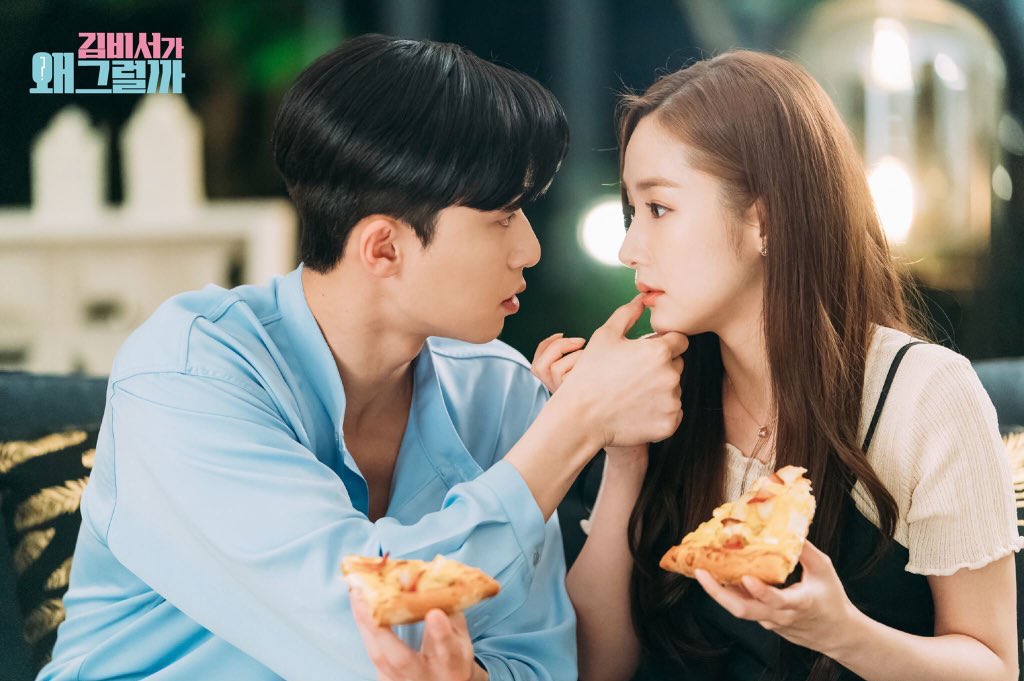 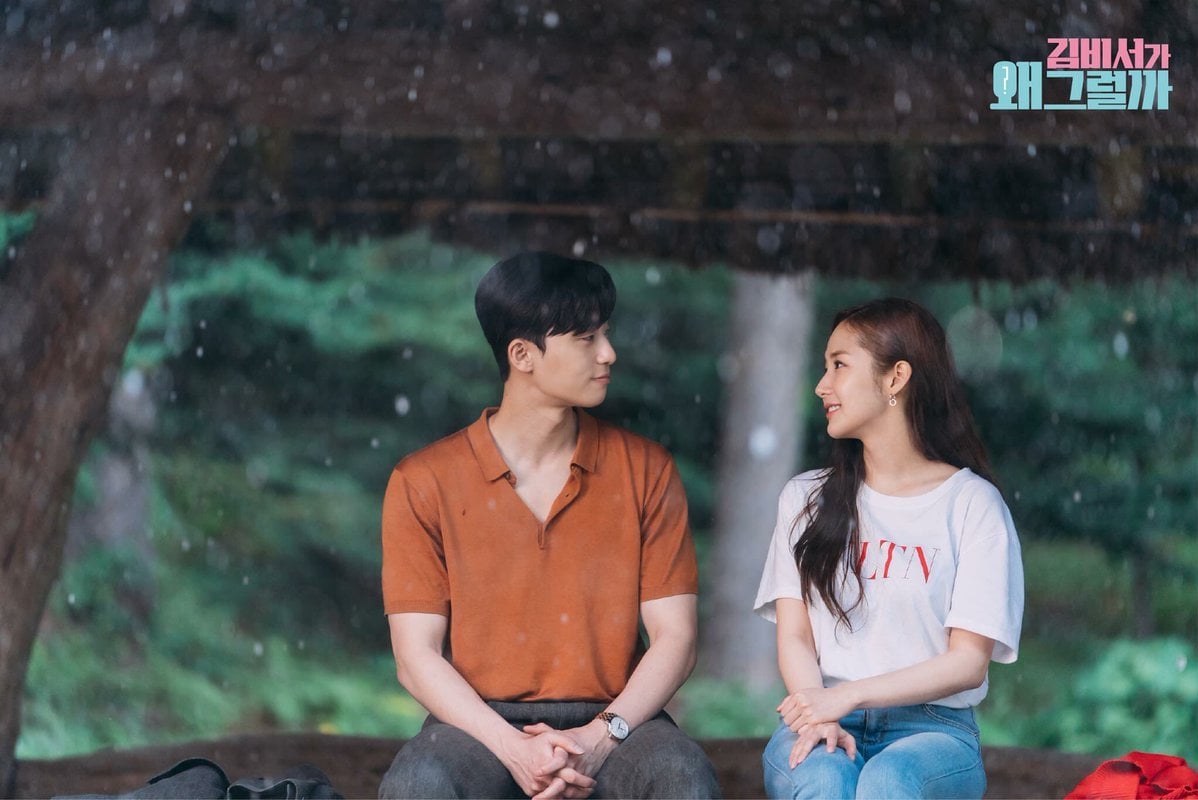 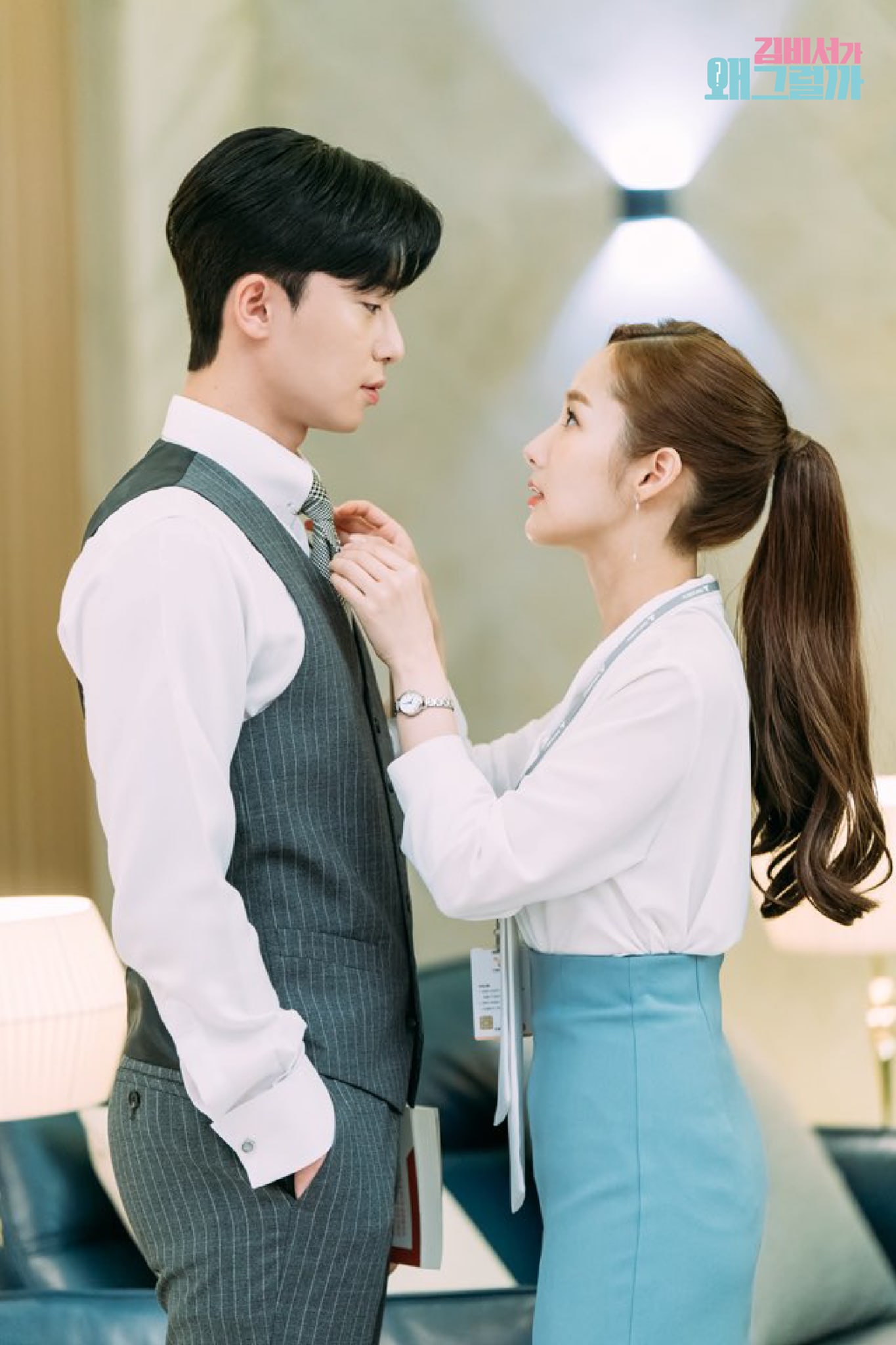 These heartwarming scenes even before the characters are officially dating lead the viewers to anticipate what kind of chemistry they will see from now on.

“What’s Wrong with Secretary Kim,” which recently beat its own viewership ratings again, airs every Wednesday and Thursday on tvN at 9:30 p.m. KST.

If you haven’t yet, watch the first episode below!