The July 1 episode of MBC’s “The King of Mask Singer” revealed the identity of Beckham to be the main vocalist of an boy group who are known as reversal icons!

The most recent episode had the contestants who won in the previous episode’s first round going up against each other to see who would battle it out with the reigning king. Beckham had performed BEAST’s “Beautiful Night” and won against Dragonfruit in the second round at a vote of 42 to 57. He advanced to the third round, where he performed Boohwal’s “I Remember” against Coral Girl.

Though both singers impressed with their own take on their respective songs, Coral Girl won and went on to face the reigning king with a vote of 62 to 37.

Beckham then took off his mask to reveal that it was none other than NU’EST’s main vocalist Baekho. Some of the panelists expressed surprise at how young Baekho was when they saw him. 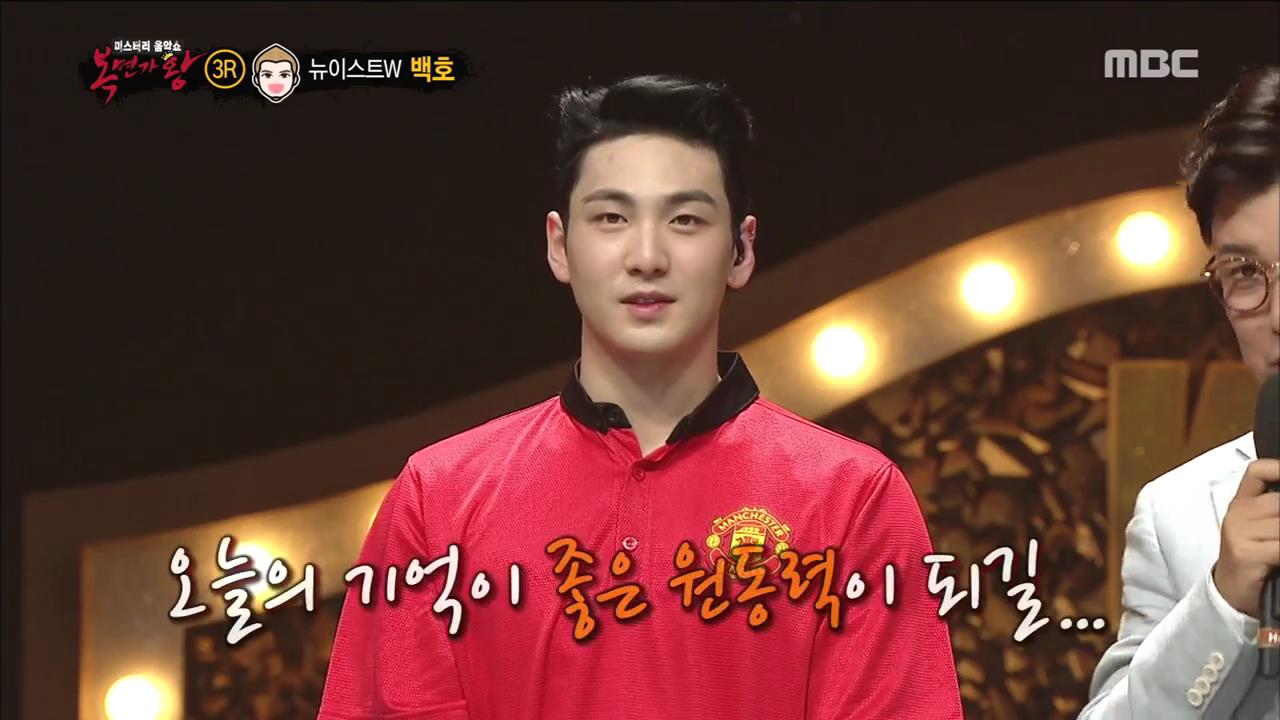 Baekho is currently active in the unit group NU’EST W and shared that he had participated in composing and writing the lyrics for the group’s recently-released album “WHO, YOU.” Hearing this, singer songwriter Kim Hyun Chul praised him and said, “I’m sure you’ll keep writing many songs in the future, and one of the biggest strengths you’ve got is your ability to take on a wide variety of genres. I’d like to meet up with you and work on some music too.”

After departing the stage, Baekho was asked about his special talent of imitating cicadas that had made people laugh in the first round. He said, “I really don’t have an individual skill to show off, but wearing the mask gave me confidence.” Baekho also stated, “This was a show that I’d wanted to appear on, and I received such great praise that meant more than any ranking. Even though I was eliminated, I’m happy. It was an opportunity for me to work hard and do my best.”

Check out his performances below!

NU'EST
Baekho
NU'EST W
The King of Mask Singer
How does this article make you feel?