PSY was the latest singer to appear on JTBC’s “Hidden Singer 5”!

On the July 1 broadcast, PSY shared a surprising behind-the-scenes story behind his widely successful hit “Gangnam Style,” which was one of the songs performed on the show.

The singer continued, “To be honest, I didn’t even know what YouTube was. When an employee suggested uploading the ‘Gangnam Style’ MV on YouTube, I said, ‘I don’t even have international fans, so why would we upload it?'”

PSY concluded, “We did end up uploading it because they said it might be fun if we upload it, and then all of those things happened within a month.” 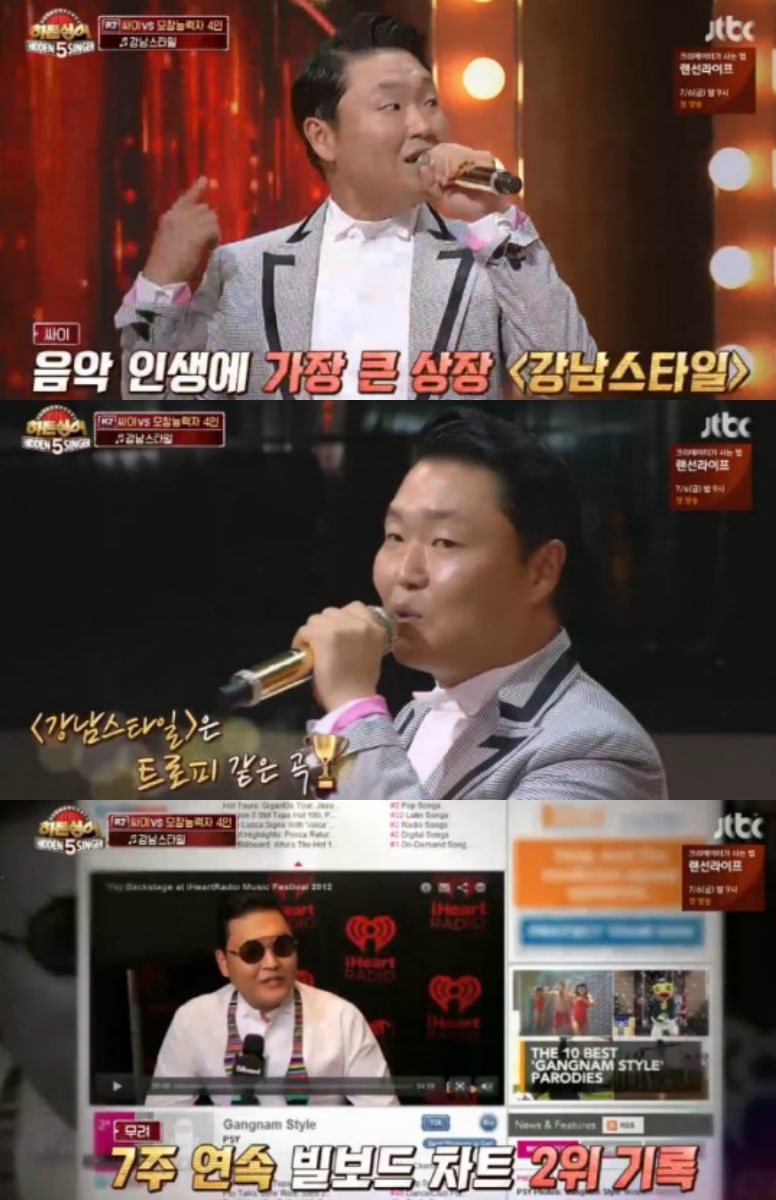 MC Jun Hyun Moo commented, “It currently boasts 3 billion views. If you could choose a moment when you felt the huge popularity, when would it be?”

PSY answered, “I once filmed in front of the Eiffel Tower in Paris and so many people gathered when it was during the day. I was really surprised then.”

Songwriter Kim Hyung Suk also described the impact of “Gangnam Style,” adding, “It used to be difficult to work with foreign musicians, but after PSY, I receive a lot of calls from overseas.”

PSY
Hidden Singer 5
How does this article make you feel?