Watch: Jasper Liu And Seungjae Reunite And Enjoy A Fun Day Together In Taiwan

On the July 1 episode of “The Return of Superman,” Seungjae and his dad Go Ji Yong’s Taiwan trip continued.

Seungjae first met Jasper Liu when he came to South Korea to promote his film “Take Me to the Moon.” The actor had previously shown his love for Seungjae on Instagram and went over to Seungjae’s house. This time, the Go father-son duo returned the favor by visiting the actor in his homeland.

Holding the dinosaur backpack that he received from the actor last time, Seungjae jumped into his arms. Jasper Liu expressed that he had missed Seungjae, who replied, “How are you?” in English. While resting at a nearby table, Seungjae also surprised the actor by giving him one of his toys, saying, “Because [you] gave me a present last time.”

They then walked around the campus of National Taiwan Normal University and played together. After Jasper Liu took photos with many of the students, Seungjae made him laugh by asking, “Is Uncle a king in Taiwan?” 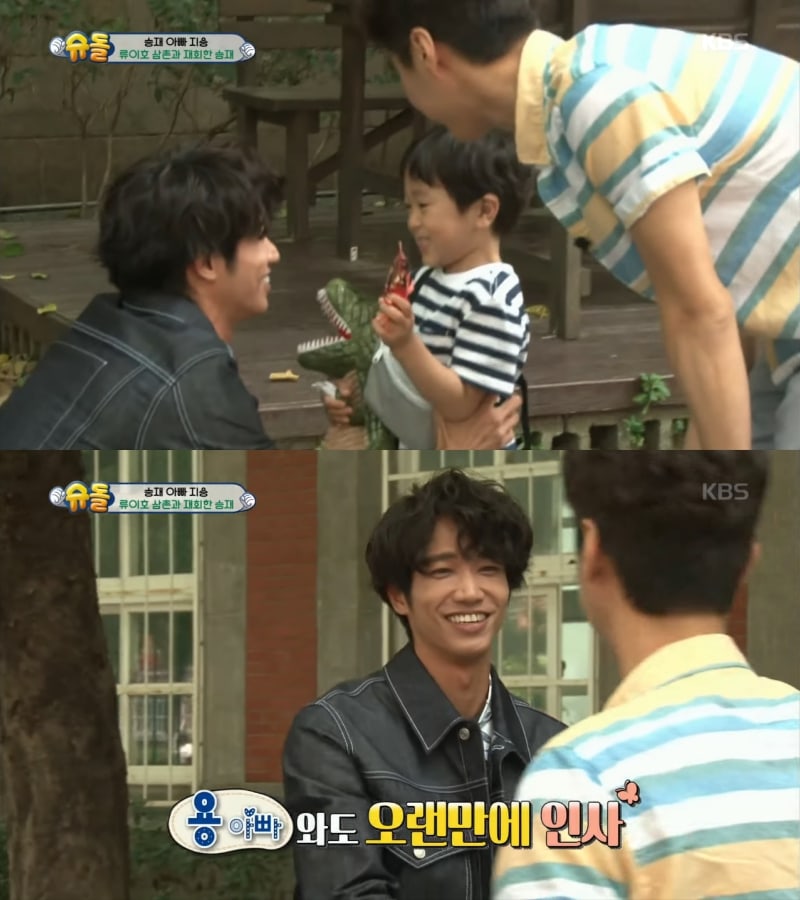 Jasper Liu told Go Seung Jae, “I want to buy Seungjae bubble tea,” and the dad suggested the two of them go together. Seungjae and Jasper Liu walked the streets of Taiwan hand-in-hand and attracted the attention of many fans.

Even when faced with unexpected situations like when he spilled the bubble tea or when Seungjae suddenly had to go to the bathroom, Jasper Liu remained calm and took great care of him.

Seungjae spent a blissful day in Taiwan and even won three dolls from a claw machine. He said to the actor, “Uncle, I’m going to miss you. Can you not leave? Uncle Jasper, please come visit later.” 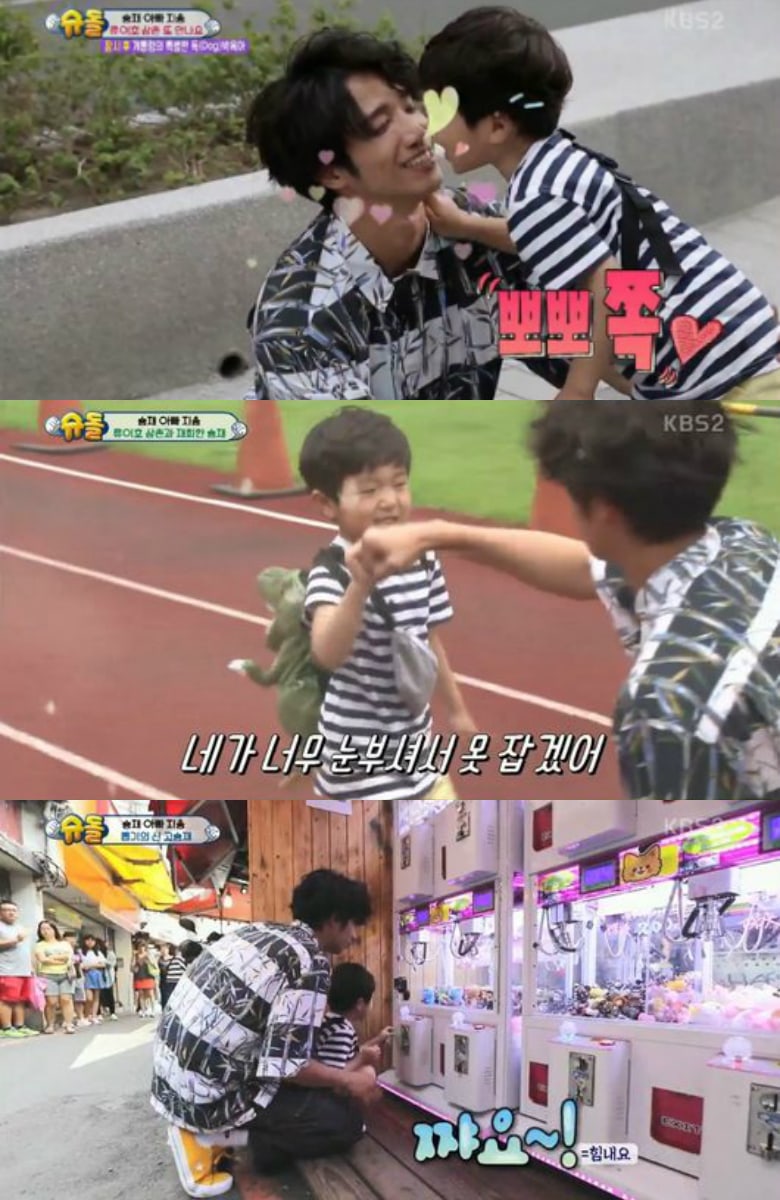 “The Return of Superman” airs on Sundays at 4:50 p.m. KST. Check out a part of their fun day together below!.

The Return of Superman
Jasper Liu
Seungjae
How does this article make you feel?