On July 2, it was revealed that they will be showcasing their next solo concert “REDMARE” this summer.

The event will feature a sweet but chilling concept with various performances that show the charms of Red Velvet.

“REDMARE” will be held on August 4 and 5 at SK Olympic Handball Gymnasium in Seoul. This is about a year after the girl group’s first concert “Red Room” in August 2017. 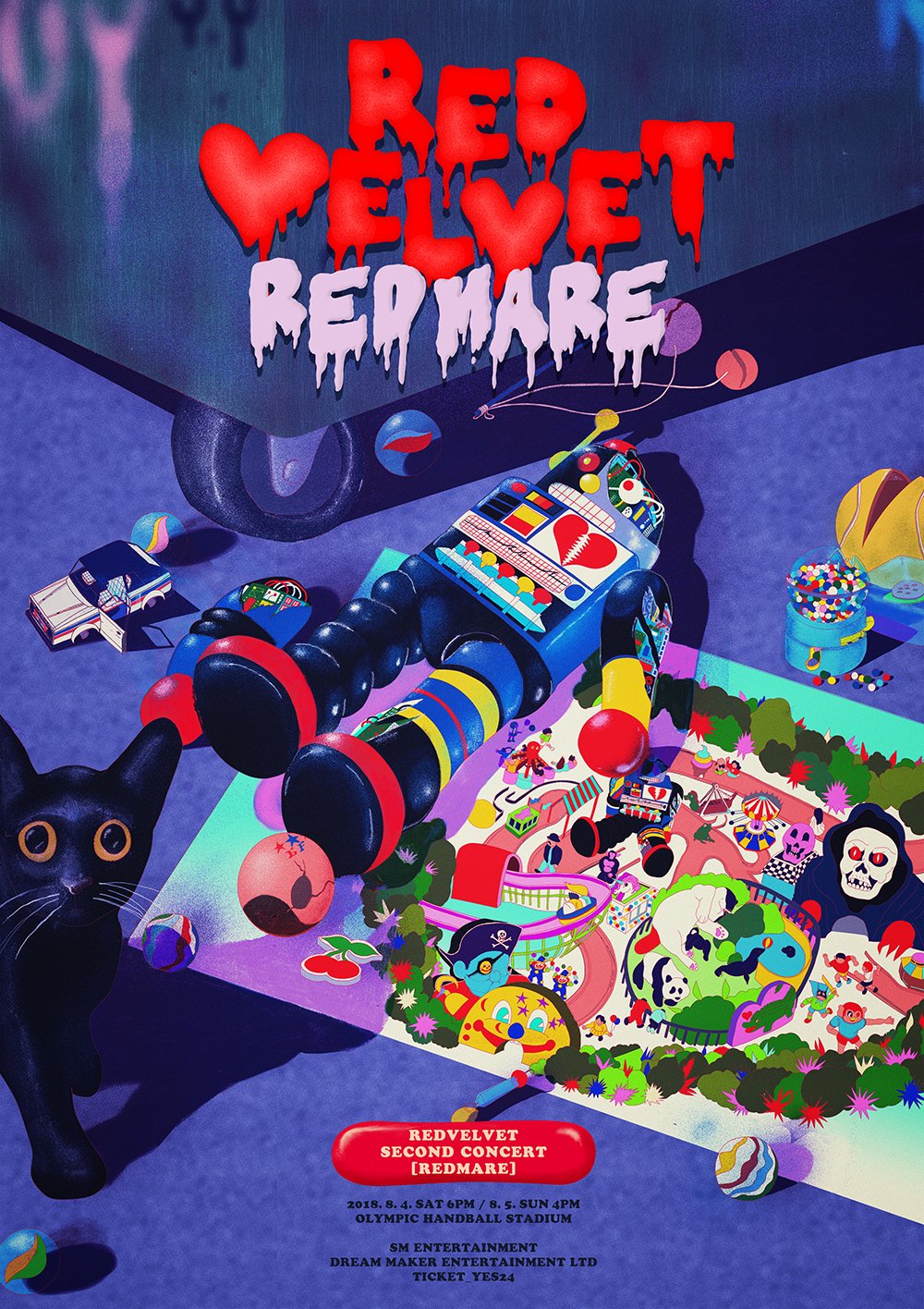