The cast of “2 Days & 1 Night” took a meaningful trip to the Demilitarized Zone (DMZ).

The July 1 episode of “2 Days & 1 Night” was the second part of the variety show’s trip to the DMZ. Previously, the cast members traveled to the neighborhood of Daesung, the northernmost village in South Korea and the closest village to the DMZ. This visit made the show the first Korean variety show to visit the town, as it heavily controls visits from outsiders. The cast members also visited the Imjingang bridge, which only recently become open to the public starting in March of 2017, and saw the bell of peace.

At Daesung, the members got to help the villagers help change the giant flag that flew atop a high tower in the town. The villagers explained that the flag did not originally fly as high as it did. However, during periods of tension between North and South Korea, their respective flags in the two towns across from each other in the DMZ got higher and higher in a battle of pride. 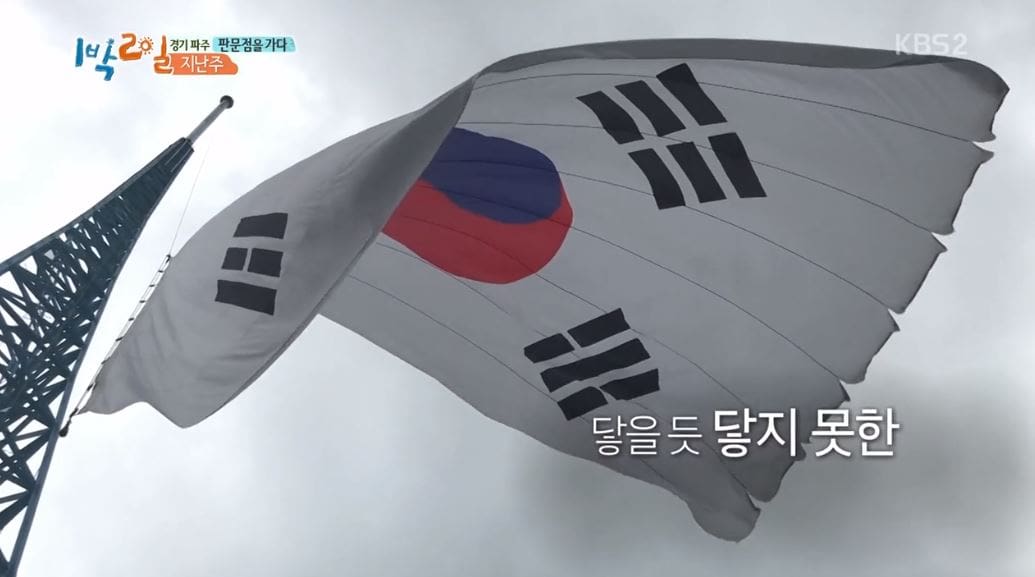 The members then helped the villagers at their farms, and played games with them for a dinner made up of foods from all over the nation. In the end, they all enjoyed the delicious dinner together. Yoon Shi Yoon commented, “In the morning, I was nervous that we were going to go to the DMZ. But this village is so normal.” Afterwards, the production staff quizzed the members on their general knowledge of North Korea.

The first question was, “List the five following North Korean places in the order that they are closest to Seoul: Pyeongyang, Gaemagowon, Mount Baekdu, Hamheung, Shineuijoo.” The answer was “Pyeongyang, Hamheung, Shineuijoo, Gaemagowon, and Mt. Baekdu.” The next question was to name the one common holiday that both North and South Korea shared, which was Independence Day. The third question was, “North Korea uses GPS navigation. What is the name of the navigation system that North Koreans use the most?” and the answer was, “Road buddy.” 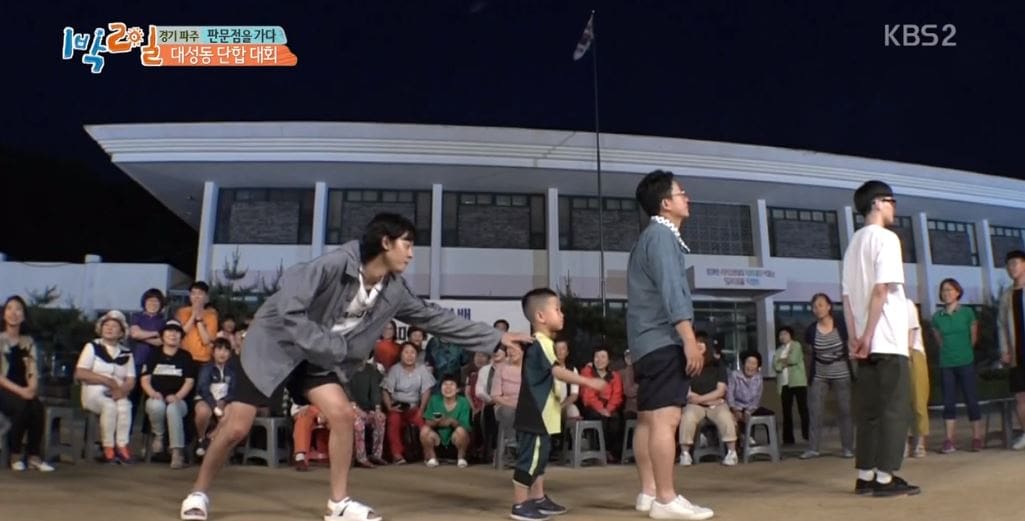 The next day, the members headed to the DMZ. Defconn asked, “We’re the first variety show to go to the DMZ. Does North Korea know about this?” to which Captain Jung Dong Ho answered, “The North Koreans do know that special guests will be coming today.” The members also shared their nervousness as they commented, “This isn’t an easy place to visit.” They then entered the DMZ and passed the blue border that signaled the 38th parallel. 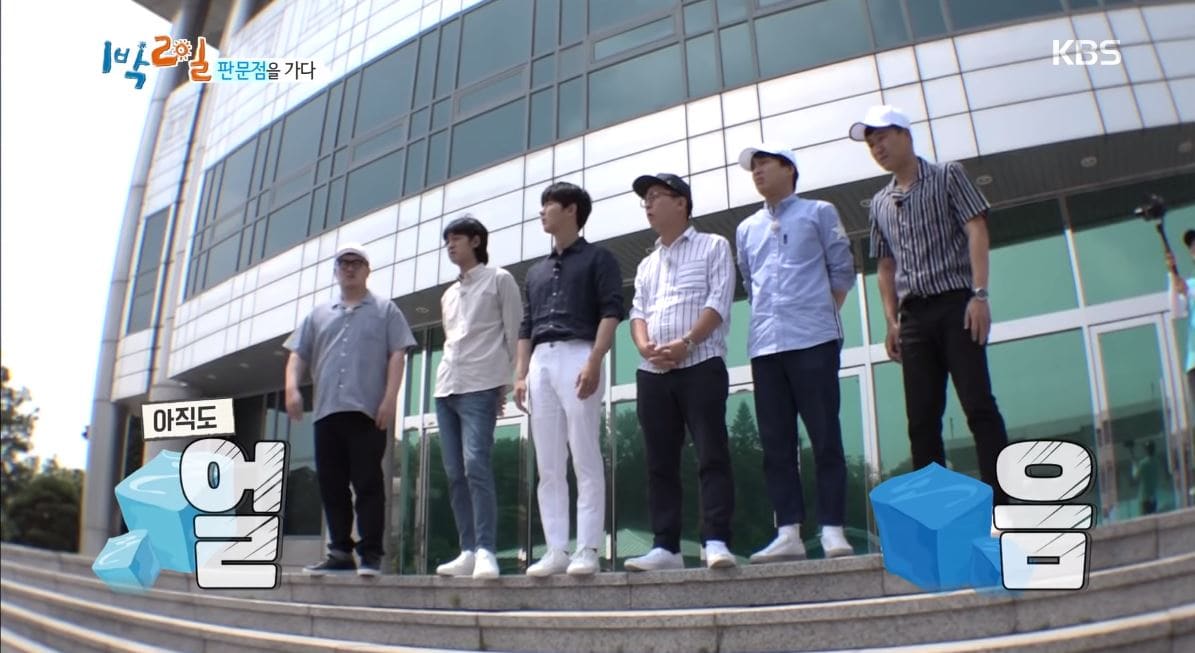 Upon seeing a North Korean soldier past the border, the members became quite nervous. After listening to further explanations, and looking around, they were given free time, which they used to take photos to commemorate the moment. On their visit, Yoon Shi Yoon shared his thoughts by saying, “We could cross, but we’re in a situation where we can’t. I realized that this is what it means to be divided.” Defconn brought up the recent North and South Korean summit and commented, “If reunification happens, then we could just cross.” 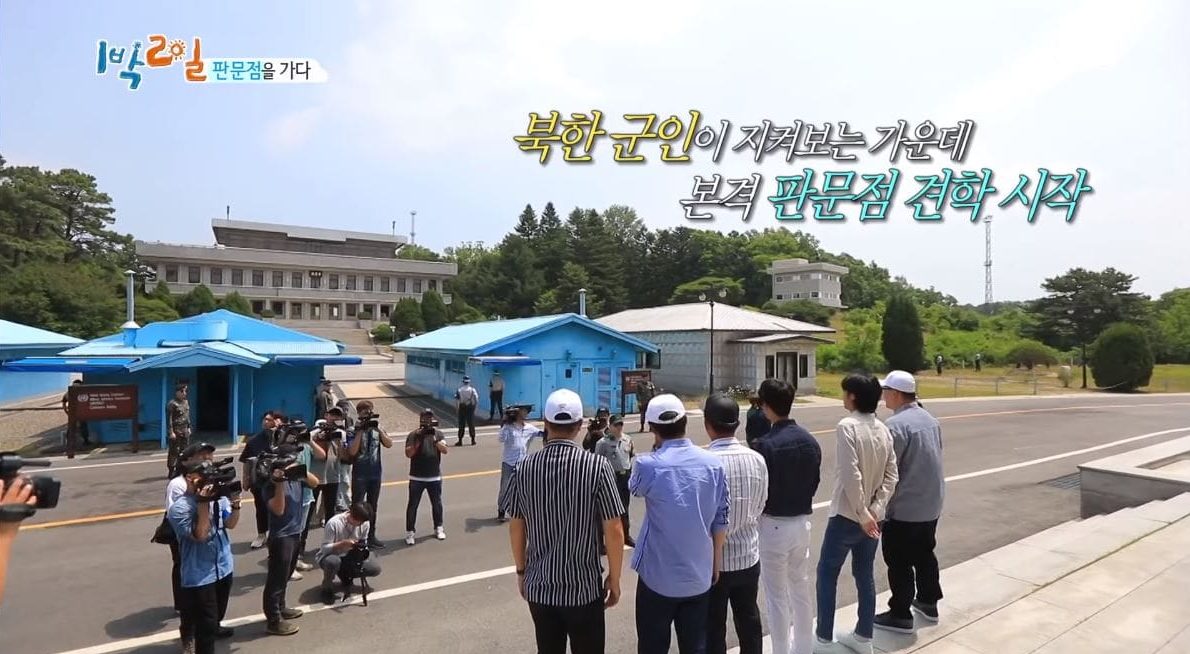 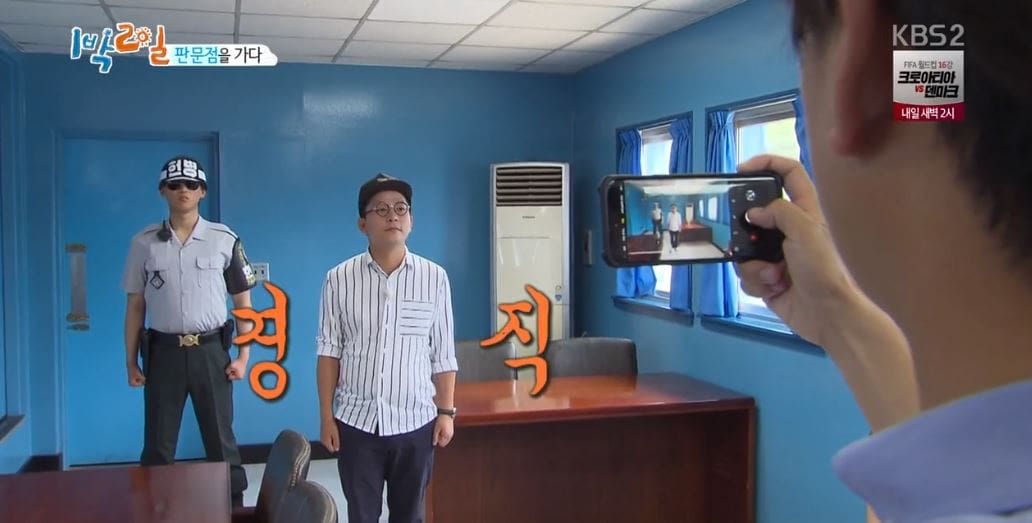 At this time, North Korean soldiers took photos of the members, which surprised everyone. Yoon Shi Yoon commented, “We’re the same ethnicity, but it’s sad that we can’t say hello to each other.” The others also shared, “It feels like we could laugh, extend our hands to, and talk with the North Korean soldiers outside the building, but it’s sad that we actually can’t.” 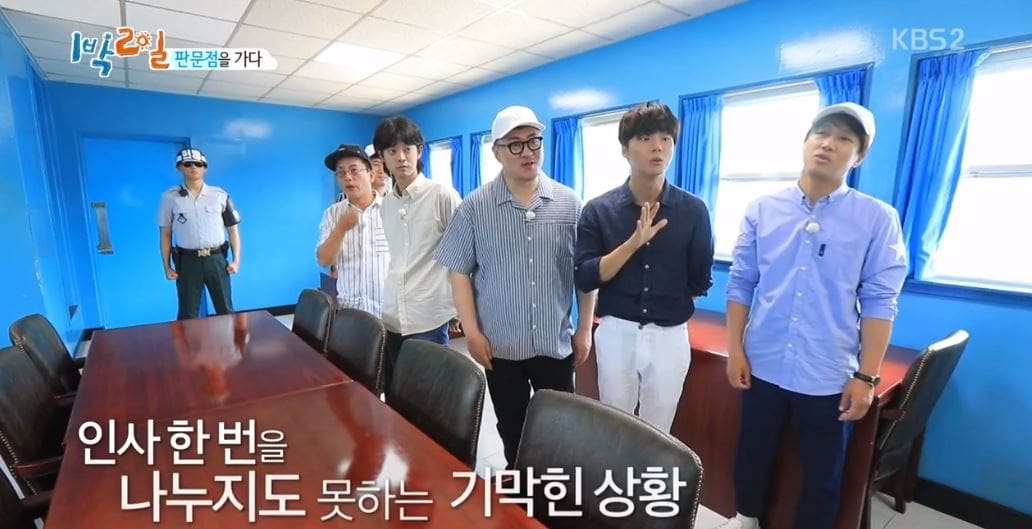