Park Seo Joon and Park Min Young showed that they have the best chemistry whether it’s on-screen or behind the scenes in a new making video for “What’s Wrong with Secretary Kim.”

The making video starts off with the two filming a scene where they escape from the rain under Park Seo Joon’s jacket. They practice their scene before filming, and realize that they need to run with their right and left feet moving in sync. When Park Min Young has questions, Park Seo Joon patiently explains what to do, and when they film, they show off their great teamwork as they move seamlessly. 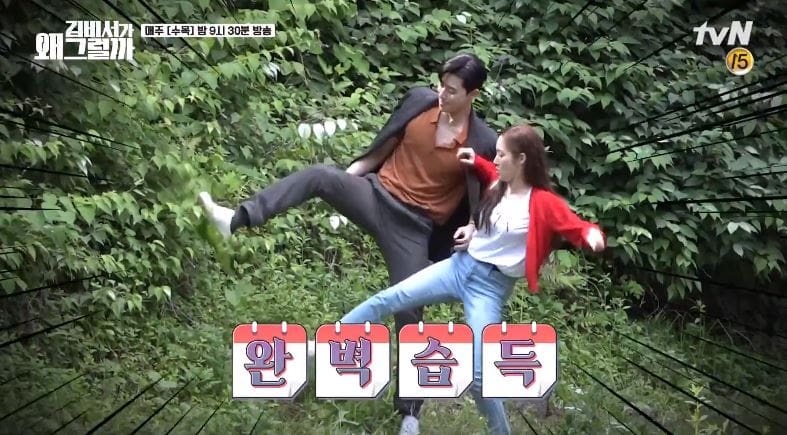 Park Seo Joon also never stops making his co-star and the staff members laugh. When monitoring the screen, he jokes, “All I can see is my armpit,” making the staff members giggle. When he gets tired from holding his rain-soaked jacket up for a long time, he passes the heavy jacket to Park Min Young as a joke. 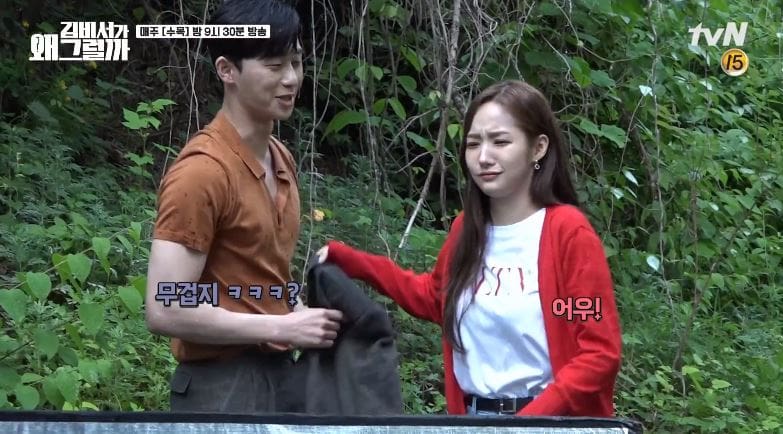 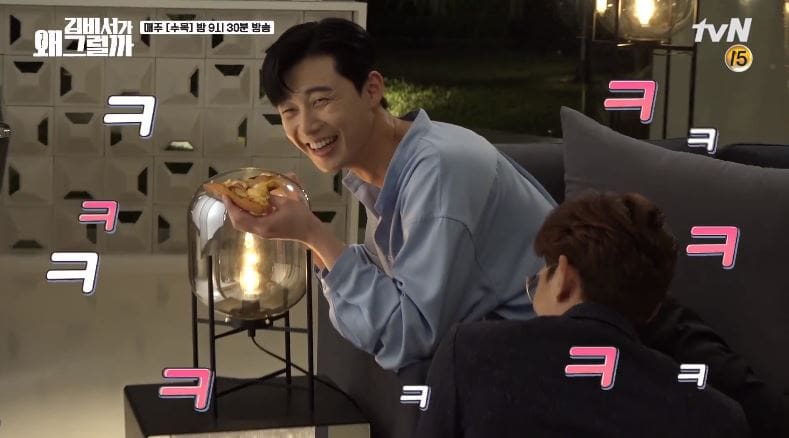 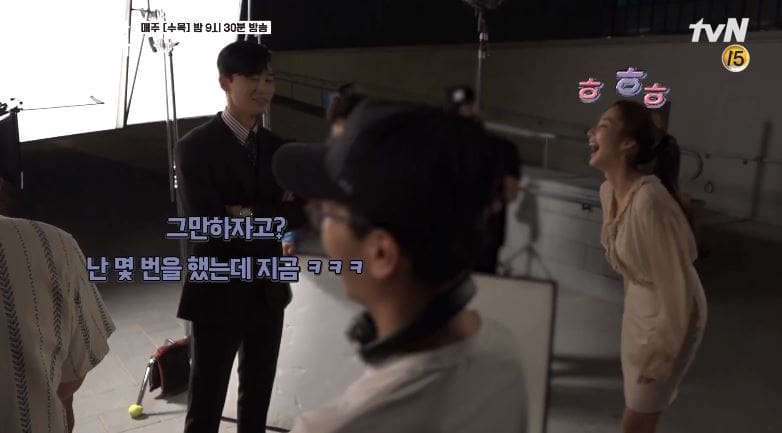 They then film the scene, where Park Min Young shyly takes the first step and kisses him gently, but then Park Seo Joon swoops her in and kisses her passionately. Afterwards, the two are a bit awkward, but then go back to normal after filming a hug scene. Park Seo Joon jokes, “I feel like I’m hugging a friend.” 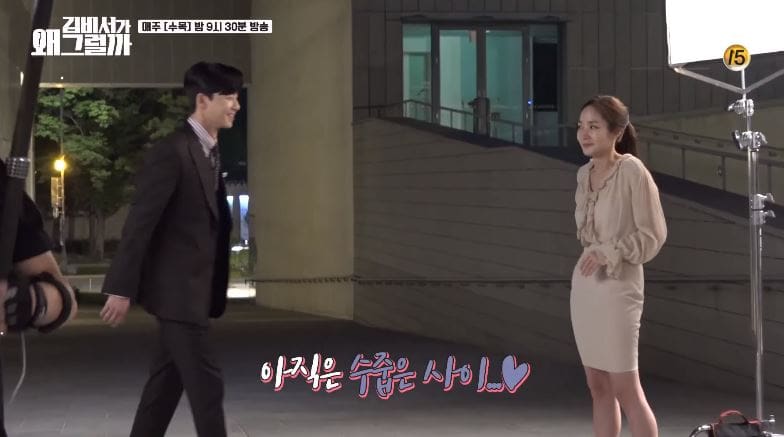