The popular romantic comedy is about narcissistic businessman Lee Young Joon (Park Seo Joon) and his secretary Kim Mi So (Park Min Young). It has continuously shown success with ratings, breaking its own record with the latest episode.

In the first behind-the-scenes image, the heart-fluttering height difference of the two actors is shown as they brighten up the set with sweet smiles. According to the production team, they completely immersed themselves in their characters during the shoot as they exchanged sweet gazes, but they burst out into laughter as soon as they heard, “Cut.”

Another photo shows Park Seo Joon and Park Min Young sitting side by side as they tune into watch their drama with staff during a break. They appear incredibly focused with their eyes glued to the screen. 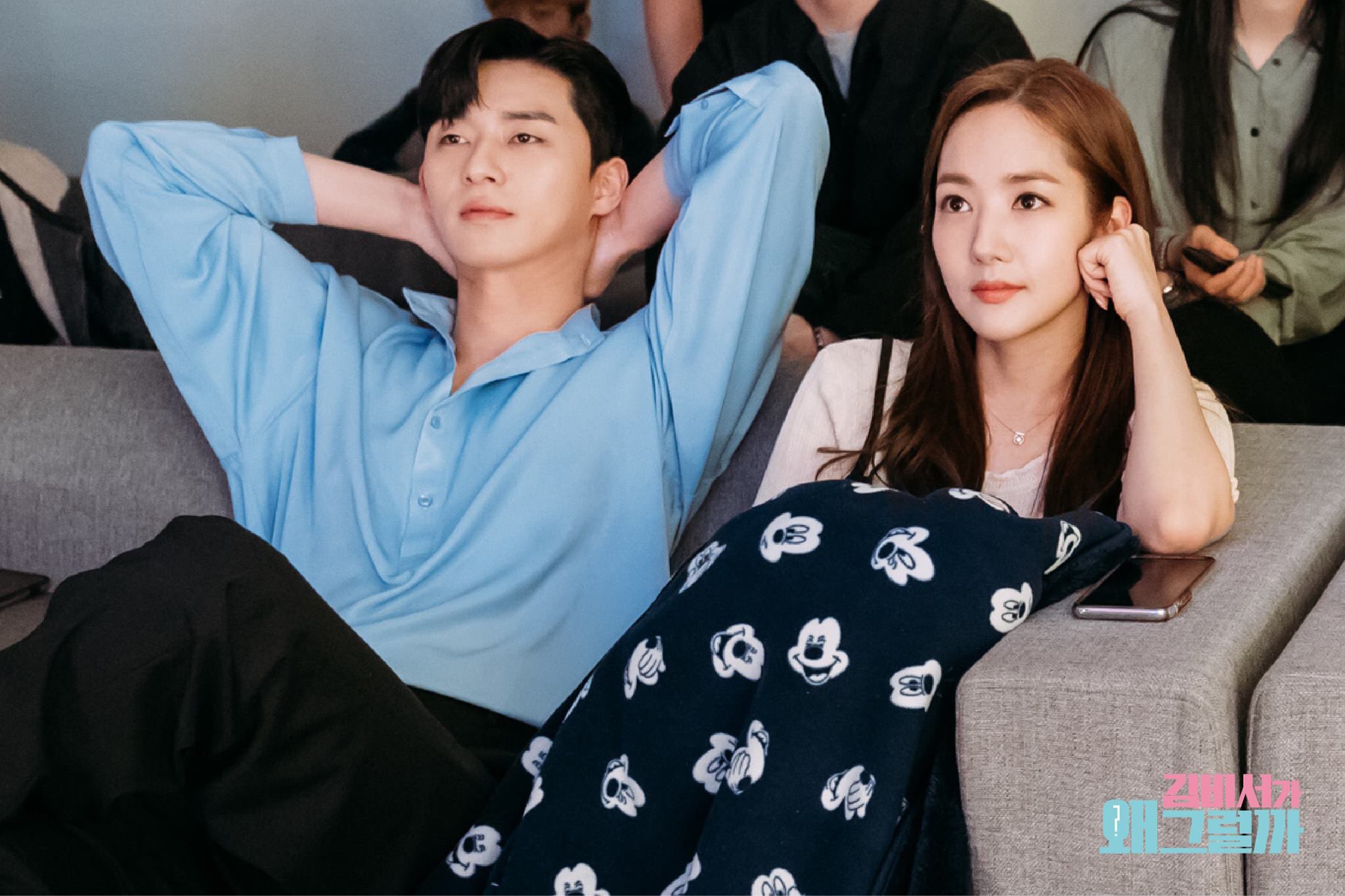 They always put in their full effort, pouring energy even into rehearsals between takes. The two actors also make sure to monitor their acting closely. 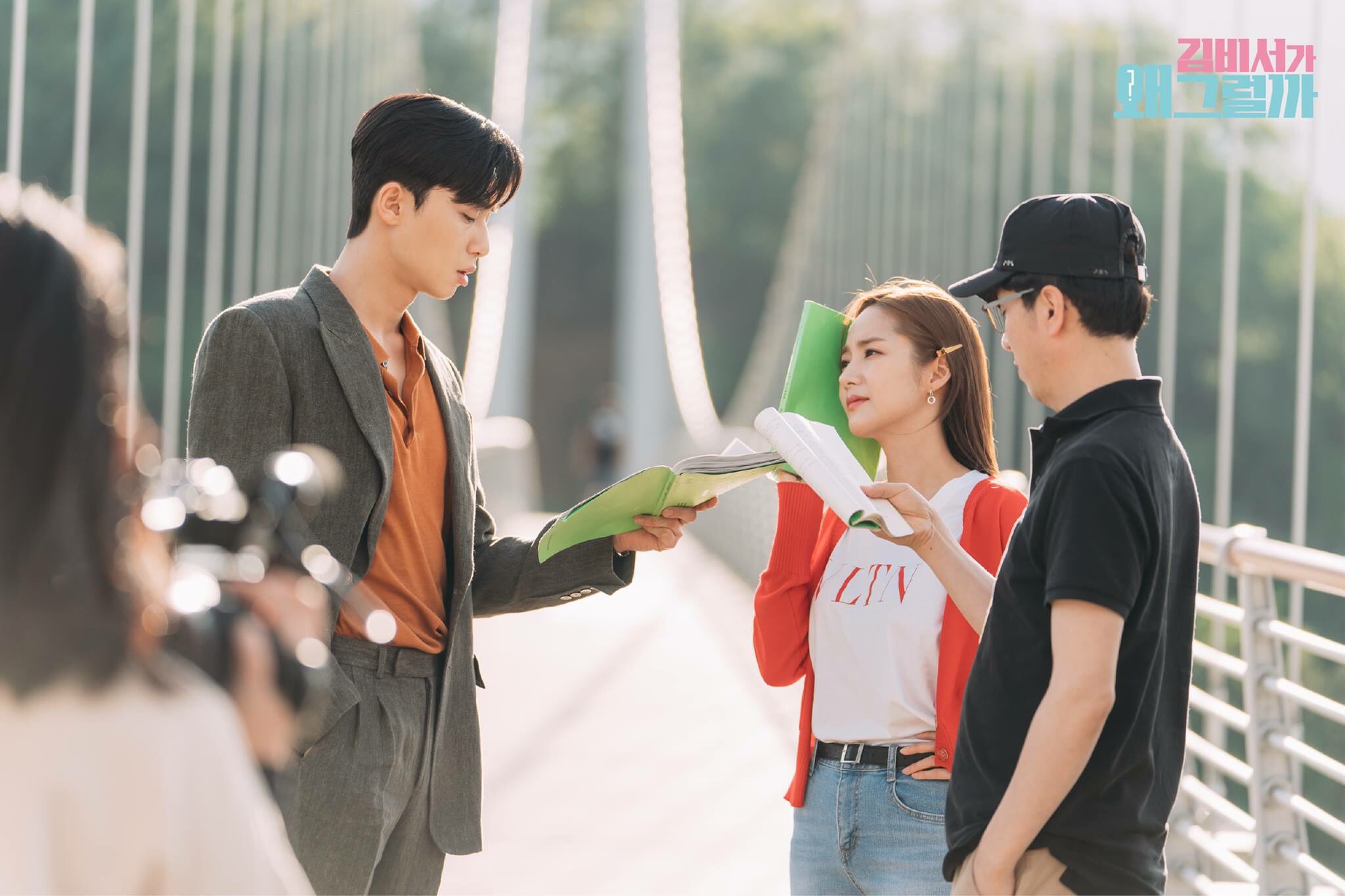 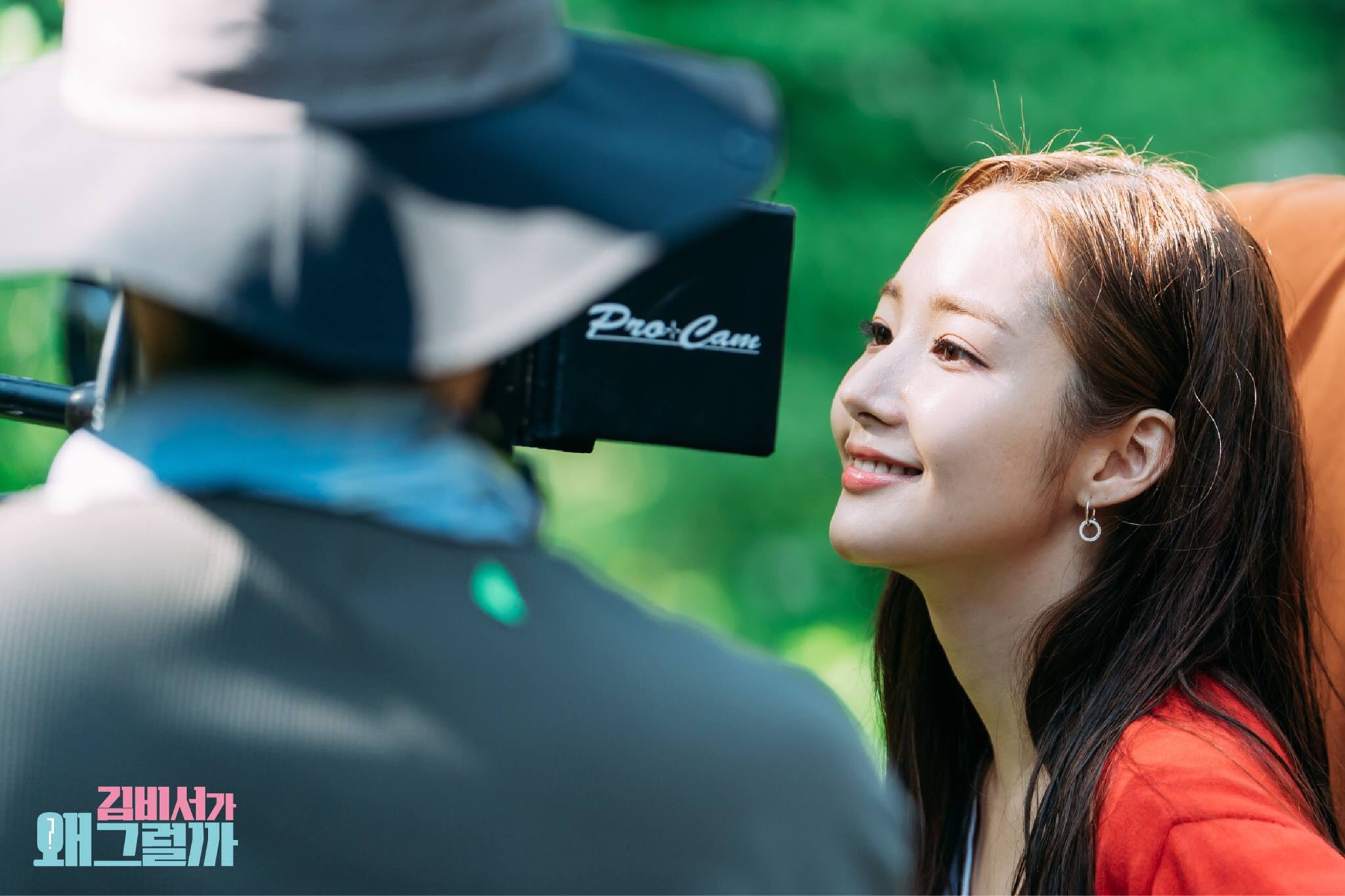 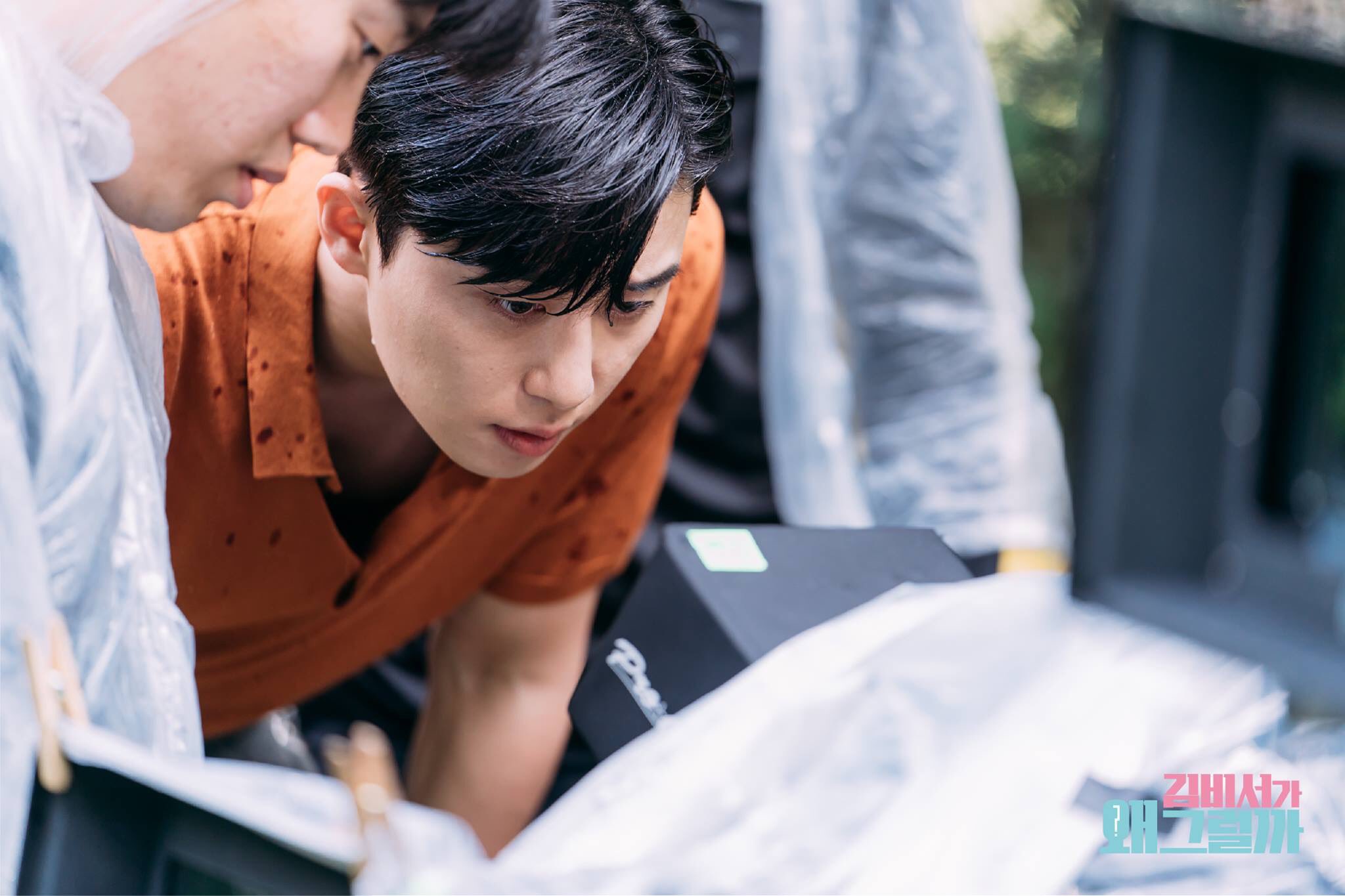 The drama’s production team commented, “Park Seo Joon and Park Min Young get along like close friends but are also considerate of each other, so there is endless laughter on set. Thanks to them working in perfect harmony, filming is going smoothly. Please check out their extraordinary chemistry through ‘What’s Wrong with Secretary Kim.'” 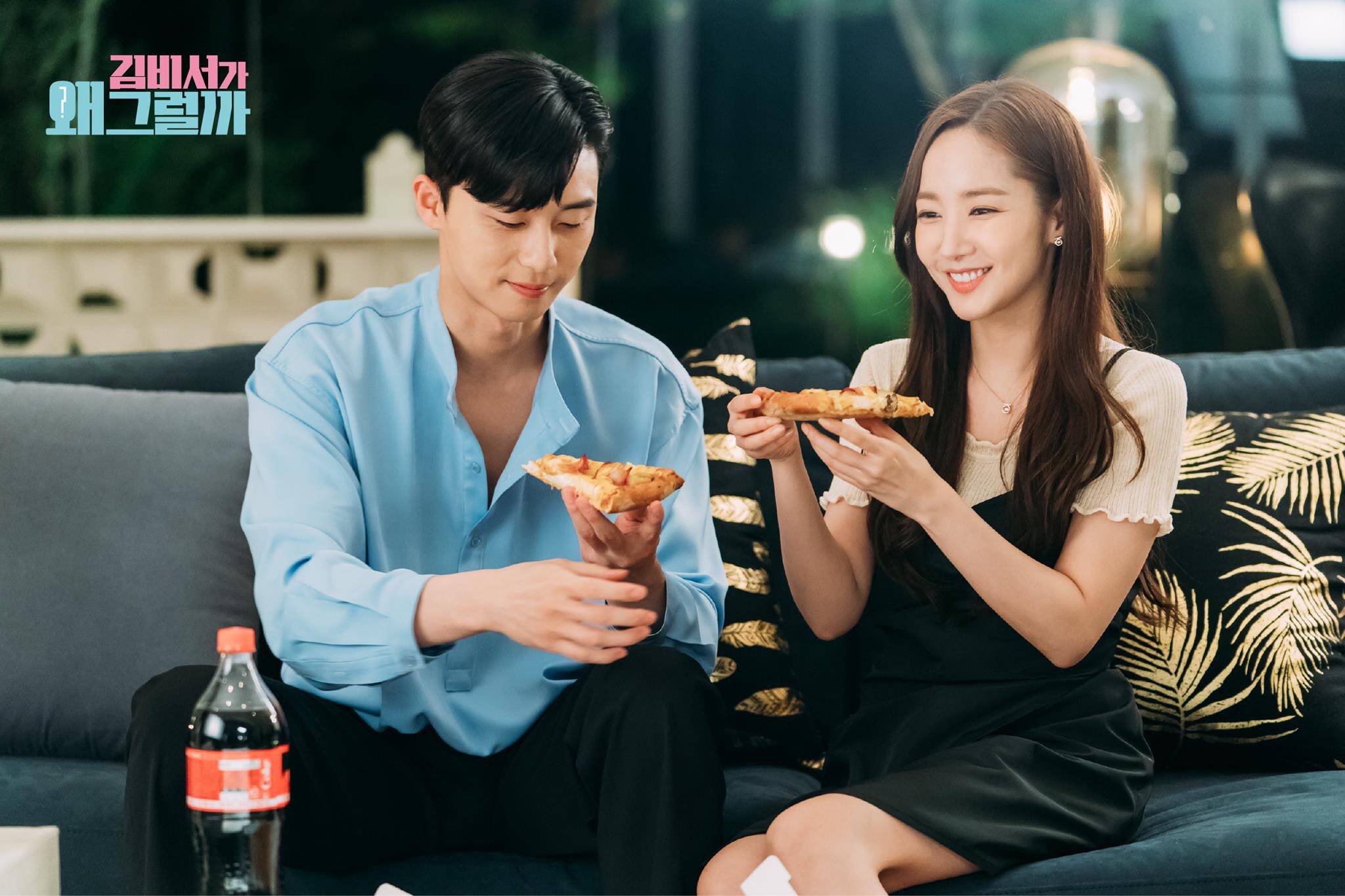