Apink Says They’re Excited, Not Nervous, To Make Their Comeback With Other Girl Groups

Apink shared how they feel about promoting at the same time as other girl groups.

They held their comeback showcase on July 2 and a reported asked them how they felt about competing with other girl groups making comebacks this month such as TWICE and MAMAMOO.

Hayoung responded by saying, “Every time we’ve had a comeback, there have always been a lot of girl groups promoting at the same time, and we don’t see it as competition. Instead, we see it as an opportunity for many girl groups to be highlighted and we’re just focusing on having fun.” She continued to add, “I hope we get the chance to talk to each other and become friends so that people stop thinking of it as a competition between girl groups. We want to get to know lots of people through our promotions.”

The other members agreed and Chorong stated, “Other girl groups showcase charms and unique colors that we don’t have, and we learn from them as fellow singers and we enjoy watching their performances. It would be a lie to say we don’t care about how well we do, but I hope we all have fun and are able to do well in our activities.” 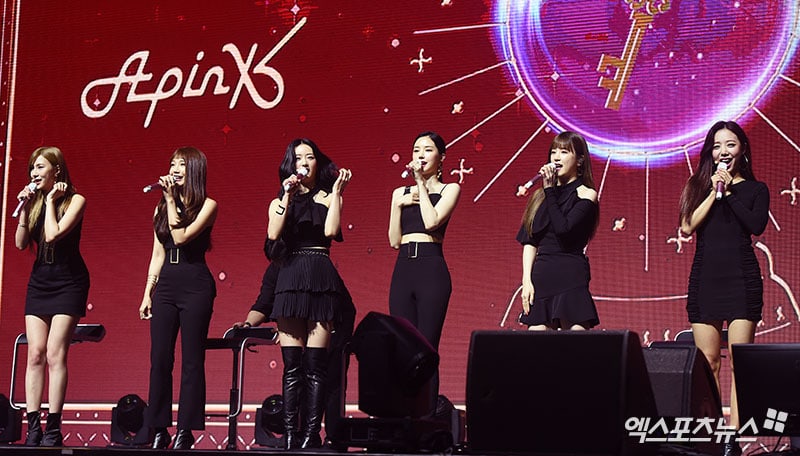 Apink were also asked whether they feel a sense of competition with MOMOLAND as “BAAM” was written by Shinsadong Tiger, who has worked with Apink many times in the past. For their upcoming comeback, Apink decided to team up with Black Eyed Pilseung for the new look they’re going for.

Chorong shared that Apink is supporting both Shinsadong Tiger and MOMOLAND, and Jung Eun Ji said, “We all work in the same industry, and we don’t think of it as competition. People should just listen to what they like. It’s not a matter of seniority, it’s about whether the songs are good or not. Both MOMOLAND and Apink have great songs, so I hope we both receive a lot of love from people.”

Apink will be making their comeback on July 2 at 6 p.m. KST with their seventh mini album “ONE & SIX.”

Apink
XPN
How does this article make you feel?