Lee Sung Kyung plays Choi Michaela, a musical actress who has the ability to see how much time people have left to live, and therefore knows that she doesn’t have much time left in her own life. Na Young Hee plays Jin Ra Hee, Choi Michaela’s mother who can be child-like at times, but is devoted to her children.

Though Jin Ra Hee and Choi Michaela haven’t always been on the best of terms, the new stills show them bonding as the daughter comforts her crying mother. The scene is the aftermath of Jin Ra Hee being fired from her part-time job and all of her emotions spilling over. Surprised to see her mother’s sudden tears, Choi Michaela hugs her tight and comforts her. 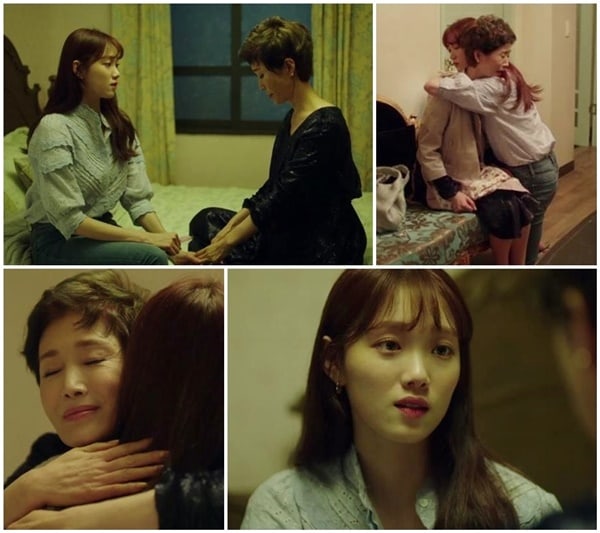 With not much time left to live, Choi Michaela gives an honest confession of how much she loves her mother as they sit across from each other. The scene is set to be special as they become closer than ever before.

The production staff stated, “Lee Sung Kyung and Na Young Hee’s sincere portrayal of their characters will leave a lasting impression on viewers. The bond between them will grow stronger as Choi Michaela comforts her mother and her daughter cares for her and calls her ‘Sweety.'”

Lee Sung Kyung and Na Young Hee’s sweet and emotional moment will feature in the upcoming episode of “About Time,” which will air on July 2 at 9:30 p.m. KST.

Lee Sung Kyung
About Time
Na Young Hee
How does this article make you feel?