Everyone needs someone like Oh So Nyeo (played by Kim Hae Sook) in their lives!

Throughout the twists and turns that Choi Michaela (played by Lee Sung Kyung) experiences in “About Time,” Oh So Nyeo has been her rock. Her trusted friend, wise mentor, and safe place to run to in times of trouble, Choi Michaela sought shelter under Oh So Nyeo’s wing countless times. Here are five life lessons she’s given Choi Michaela in times of need.

1. “The things you hold dear, find precious, and love… for them to disappear quicker than you expect is life.”

Oh So Nyeo grabbed his hand and told him, “Take good care of my Michaela. Life is short.” She continued, “Since you’re young, it feels like you have all the time in the world, right? But that’s not what it’s like. The things you hold dear, find precious, and love… for them to disappear quicker than you expect is life.” 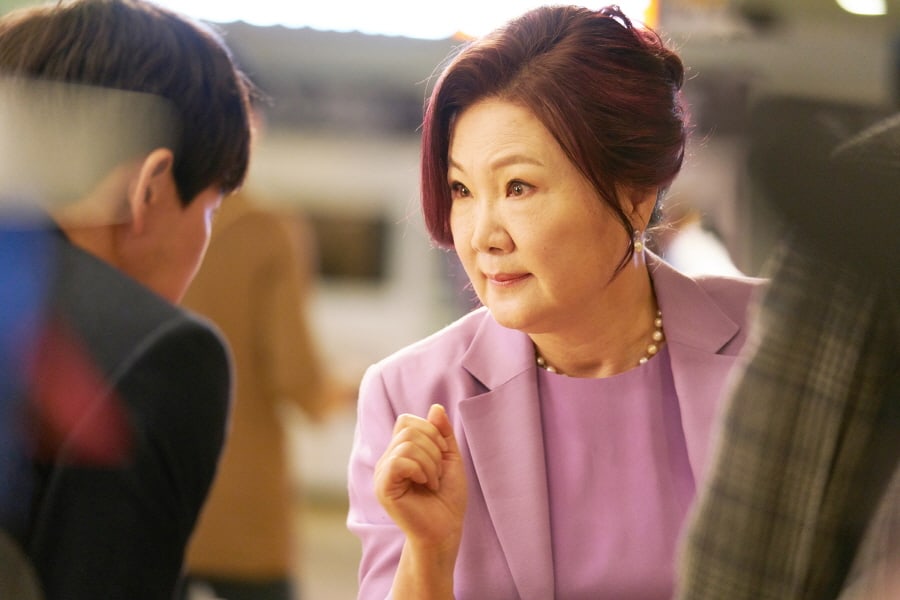 2. “Don’t do anything; just stay beside him. Let everything flow as it will, and stay your place to help him through it.”

After finding out that Lee Do Ha’s brother Yoon Do San (played by Jung Moon Sung) doesn’t have much time to live, Choi Michaela was pushed into a deep dilemma on whether or not to tell Lee Do Ha. She sought Oh So Nyeo and told her, “I feel like I have to tell his family, but [Yoon Do San] asked me not to.”

Oh So Nyeo calmly advised, “Tell them, the family has to know in order to prepare themselves for it.” When Choi Michaela continued to worry about how painful it would be for Lee Do Ha, Oh So Nyeo continued, “Don’t do anything; just stay beside him. Let everything flow as it will, and stay your place to help him through it.” 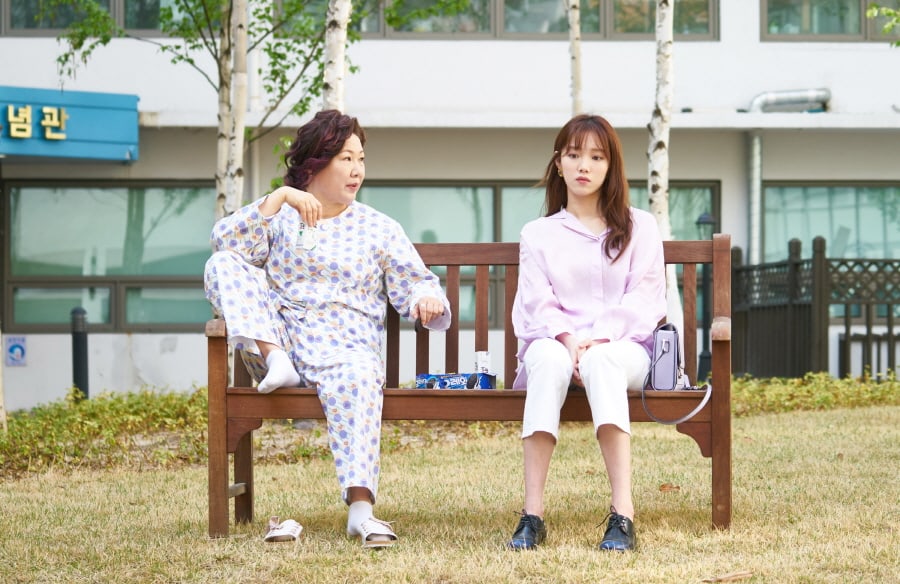 When Choi Michaela broke up with Lee Do Ha and came in tears to Oh So Nyeo, the older woman shared a few lines from the poem “Back to Heaven,” and quoted, “And on the day this beautiful outing ends, I will go, and I will say it was beautiful.” She explained, “I don’t know what they are, but rather than having complicated thoughts, if you like him, then date him. I want my friend Michaela to be happy and enjoy this outing. None of us know when, what day, and how when this outing may end.” 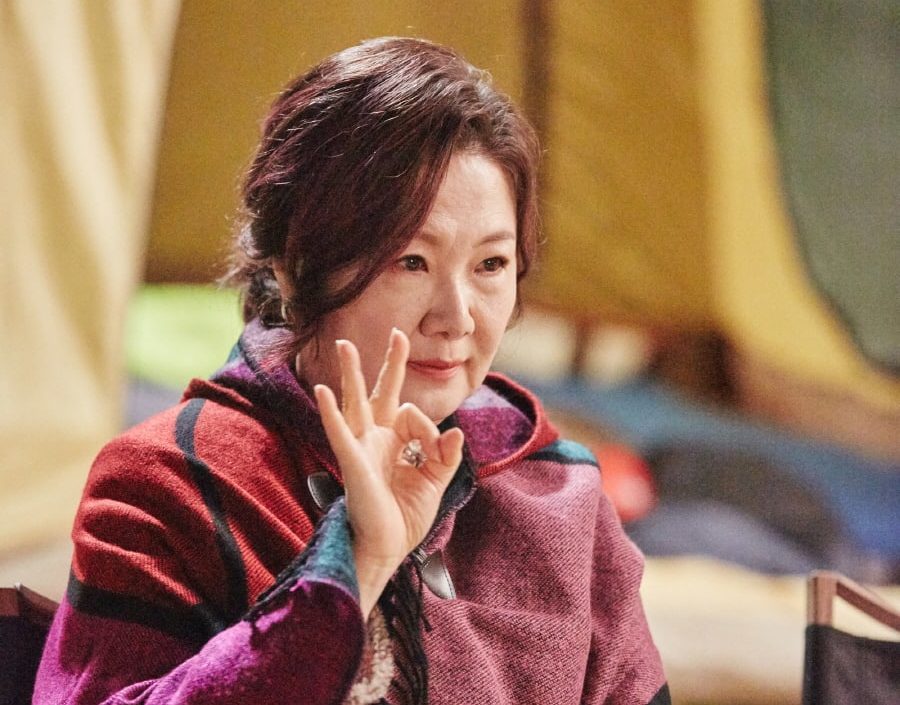 4. “At this age, I’ve experienced countless farewells. But I can’t seem to do anything about the heartache.”

When her boyfriend Mr. Park died, Oh So Nyeo asked Choi Michaela to come to the wake. When she tried to console Oh So Nyeo, the older woman pretended to be brave and told Choi Michaela, “It’s okay, how much longer could he have lived anyways?” but then began to shed tears. She commented, “I thought I was all dried up. How come I’m still crying? At this age, I’ve experienced countless farewells. But I can’t seem to do anything about the heartache.” 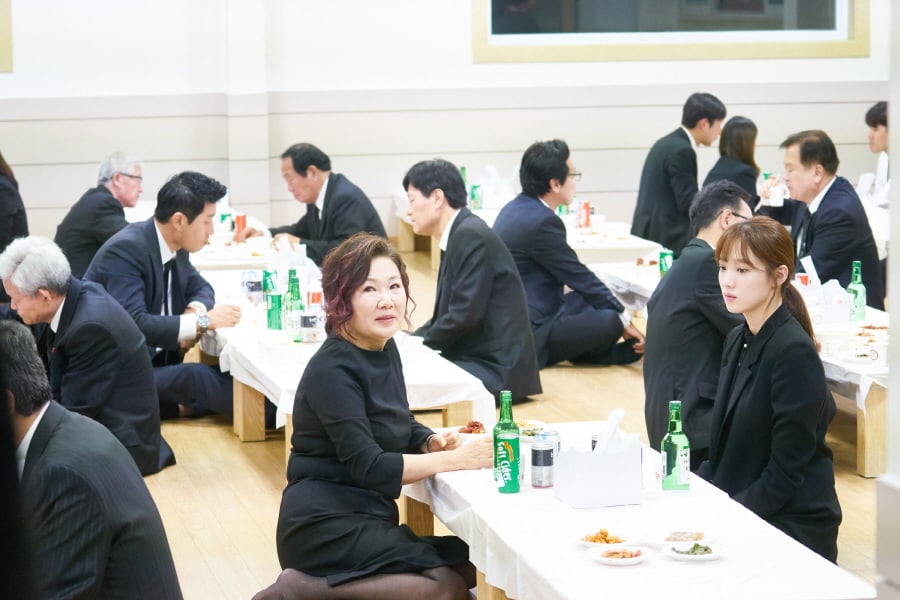 After going through the many stages of a break-up, Choi Michaela sought Oh So Nyeo and brightly joked, “Last time I slept here, I slept really well. I’ve come to use ‘Oh So Nyeo’s Magic’ again.” Oh So Nyeo lay down in bed with her and responded, “Oh So Nyeo’s magic that doesn’t even cost money, I’ll use it on you!” She continued, “Have a good, deep sleep. Sleep is medicine.” Afterwards, she showed her motherly affection towards Choi Michaela as she patted her to sleep, saying, “My Michaela, I hope you can be my friend for a long, long time.” 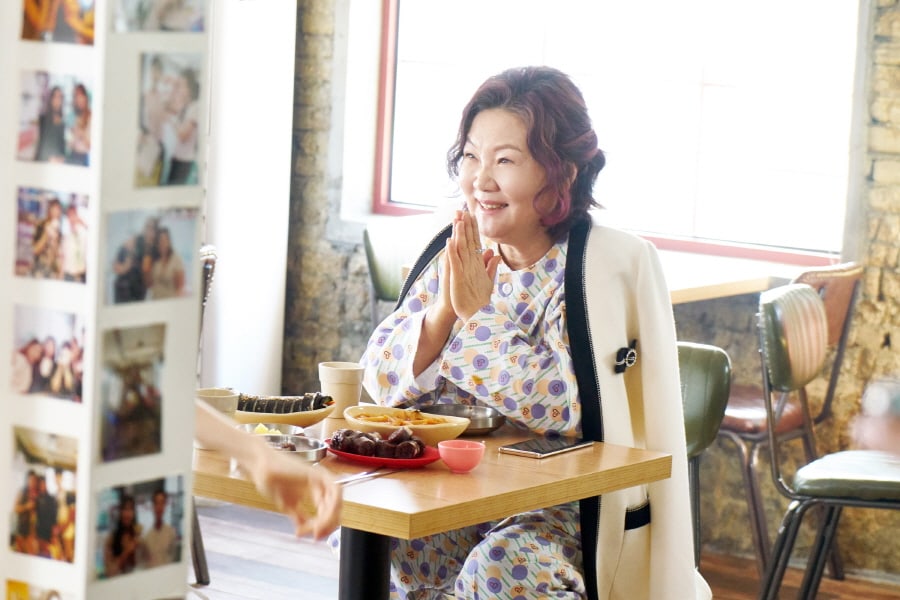 The production staff stated, “Another twist in the story will be introduced. Going into the second half of ‘About Time,’ unforseeable things will unfold. Please look forward to it.”