G.O Says He Understands Why His Girlfriend Choi Ye Seul Is Such A Big Fan Of BTS’s V

MBLAQ’s G.O shared his thoughts on his girlfriend Choi Ye Seul being a big fan of BTS on MBC Every1’s “Video Star.”

On the July 3 episode, Choi Ye Seul answered “BTS’s V” when asked who her ideal type is. G.O then elaborated on how he found out his girlfriend was a fan of the group.

G.O began, “I was really surprised. I didn’t know at first, but she often listened to BTS’ songs and turned them on in my car too. Their songs are good and we listened to their title track together.” He explained that when she then began to listen to their b-side tracks as well, he got curious.

He said, “I jokingly asked her, ‘Do you like them?’ and she said, ‘They look cool dancing on stage and I like them.’ One day, I saw her computer and the entire page [of her search history] was V.”

He added, “If it was performance videos, I would think she really likes their performances. But they were fan cams of fan sign events where it’s five minutes of just V’s face. There were none of mine there. But I also like BTS so much these days, so I understand. I can only imagine.”

The MCs then asked him to send a video message to V. “Hello BTS’s V,” said G.O. “We took a photo together in 2012 or 2013. After that, you’ve become so busy I can’t meet you. I really congratulate you on being at the top. I also enjoy watching [your performances]. I don’t watch fan cams though. I watch a lot of your performances.” 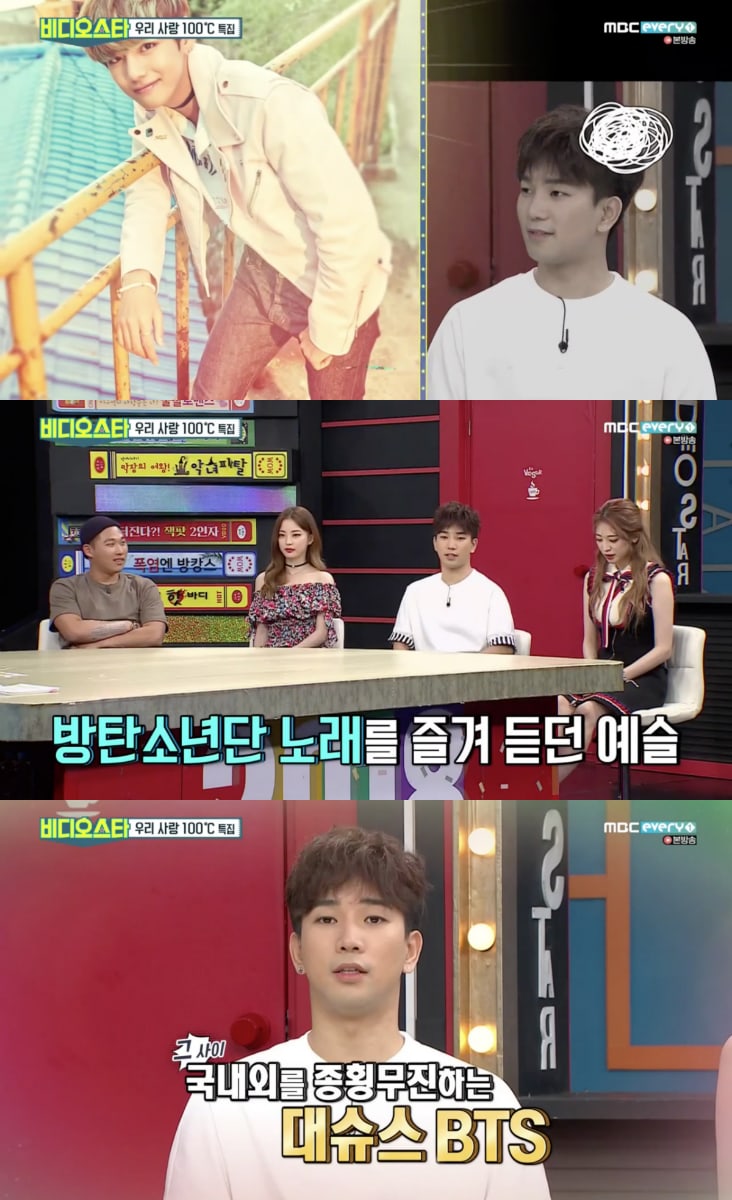 During the show, G.O and Choi Ye Seul also talked about their relationship, possible marriage plans, and more!