As Lee Young Joon and Kim Mi So (played by Park Min Young) have now begun their secret office romance, things are changing at Yumyung Group.

In the July 4 episode of tvN’s hit drama “What’s Wrong with Secretary Kim,” the company’s vice president Lee Young Joon takes on a new role in the office as he makes photocopies and also prepares cookies. He stands in front of the photocopier, looking at it with an intense focus that brings to mind his hilariously determined approach to defeating the crane machine in the past.

He’s decided to take on the work that Kim Mi So used to do for him to give her a break, and it’s such a surprise to the staff that in stills from the episode they look like they’ve seen a ghost as they wonder what’s going on with their boss! Jung Chi In (played by Lee Yoo Joon) and Bong Se Ra (played by Hwang Bo Ra) are completely floored when they see him at work. 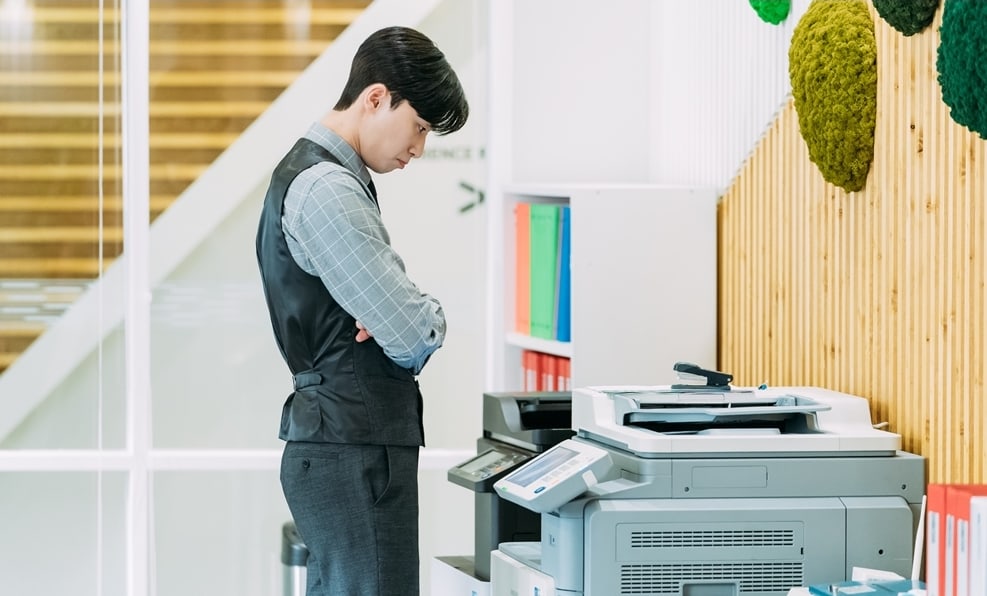 “What’s Wrong with Secretary Kim” airs every Wednesday and Thursday.