On July 4, the rapper appeared on the radio program and introduced himself by saying, “I’m rookie singer Kim Ha On who recently released a single.”

He began by talking about why he decided to appear on the rap survival show and explained, “I was living happily and peacefully and then saw a poster for ‘High School Rapper 2.’ I had a good feeling when I saw it, so I decided to try it because I thought it would be fun. I tried out for fun. My mother also thought it would be a good experience.” 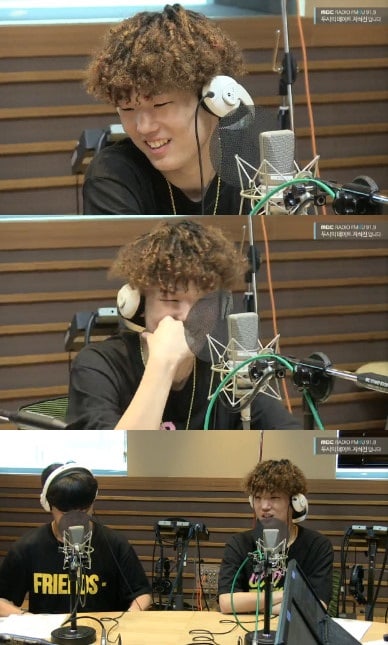 HAON eventually won the show. On how he used the prize money, he explained, “I got 10 million won (approximately $8,900) in prize money. I’ve used up almost all of it. I bought a lot of meals and also gave my mom and dad 1 million won (approximately $895) each. I should have given them more. Sending it directly to their accounts was too unaffectionate so I took it out in cash and gave it to them personally.”