MBC’s “It’s Dangerous Beyond the Blankets” is finally returning from its hiatus!

The reality show, which has been off air for the past several weeks due to the 2018 FIFA World Cup, will be airing its first episode in over a month on July 5.

In newly released stills from the upcoming episode, Wanna One’s Kang Daniel, NCT’s Mark, Highlight’s Yong Junhyung, and actor Lee Yi Kyung enjoy a relaxing vacation in Vietnam. Like the homebodies they are, the four stars choose to spend all their time in their lodgings—the photos show the men bonding as they eat, play board games, do yoga together, and hang out in the swimming pool.

According to the production staff, the four homebodies stayed up all night playing a variety of games, and as the night wore on, they began to open up to each other about their lives. At one point during the evening, Kang Daniel openly confessed, “I want to date too.” 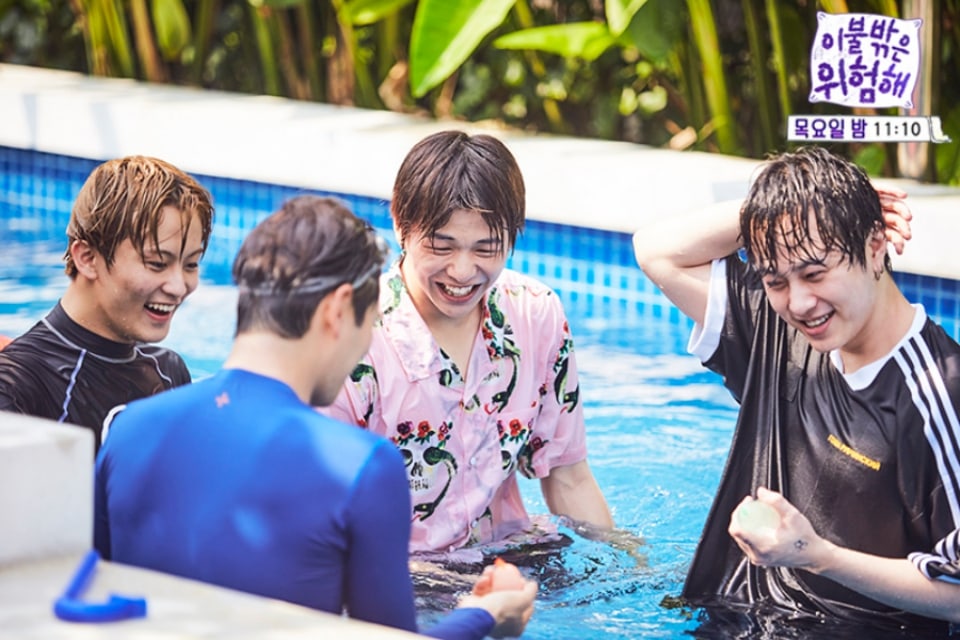 To find out what else the stars had to say to one another, catch the next episode of “It’s Dangerous Beyond the Blankets” on July 5 at 11:10 p.m. KST!

In the meantime, refresh your memory by watching the latest episode of the show below:

NCT
Wanna One
Yong Junhyung
Lee Yi Kyung
Mark (NCT)
Highlight
Kang Daniel
It's Dangerous Beyond the Blankets
How does this article make you feel?