Gaon Chart has revealed its chart rankings for the week of June 24 to June 30! 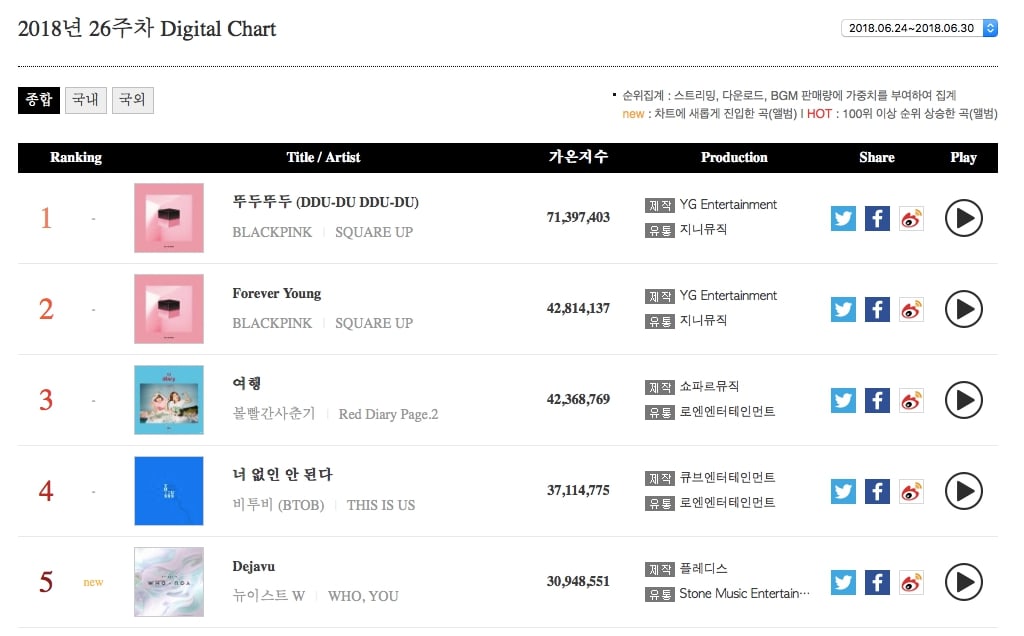 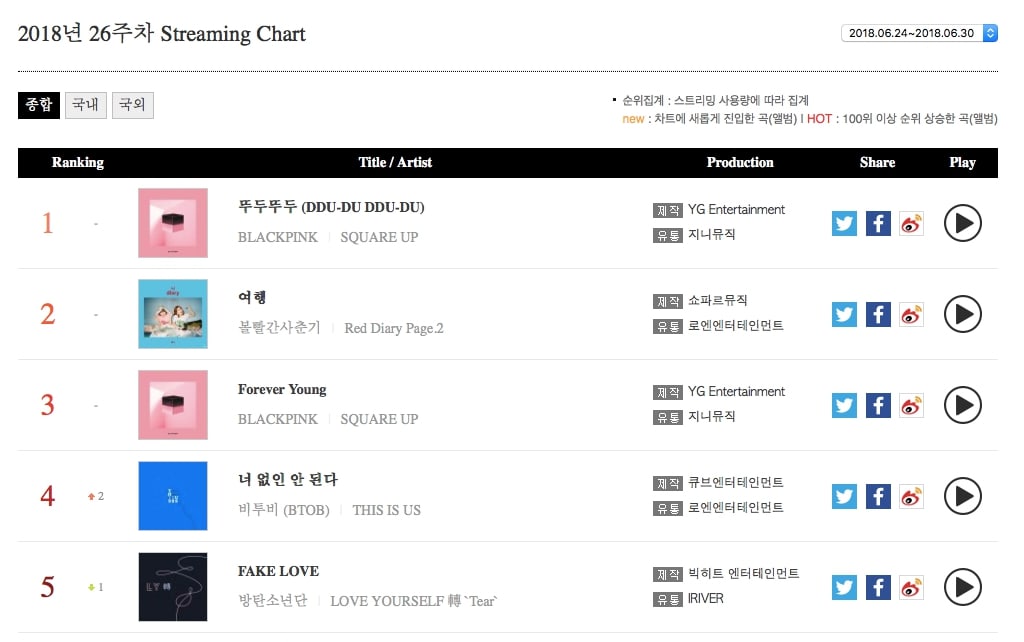 NU’EST W topped this week’s download chart with “Dejavu,” followed by BLACKPINK’s “DDU-DU DDU-DU” and “Forever Young.” BTOB’s “Only One for Me” took No. 4 on the chart, with SHINee’s “Our Page” debuting at No. 5. 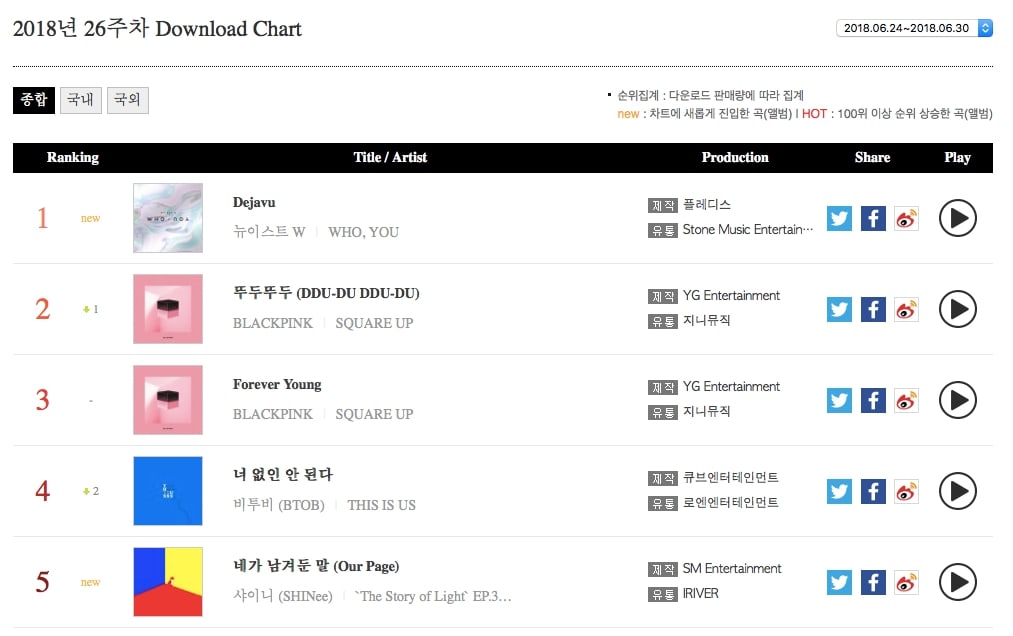 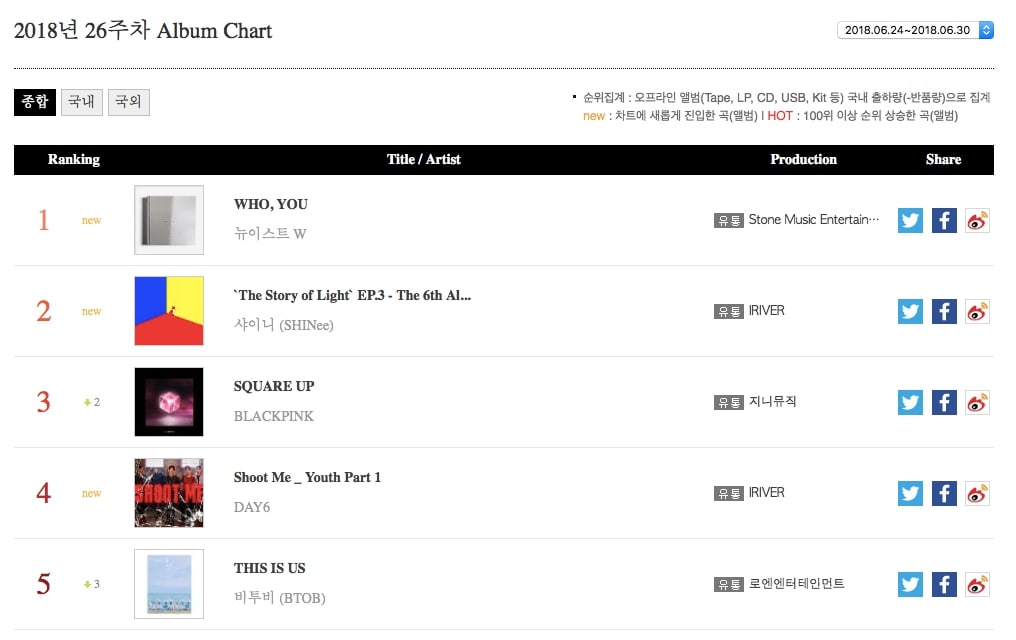 Additionally, NU’EST W’s “Dejavu” debuted at No. 1 on the BGM chart, which tracks the songs that people purchase to use as background music for their blogs and KakaoTalk profiles. BLACKPINK’s “DDU-DU DDU-DU” came in at No. 4, while SHINee’s “Our Page” took No. 5 for the week. 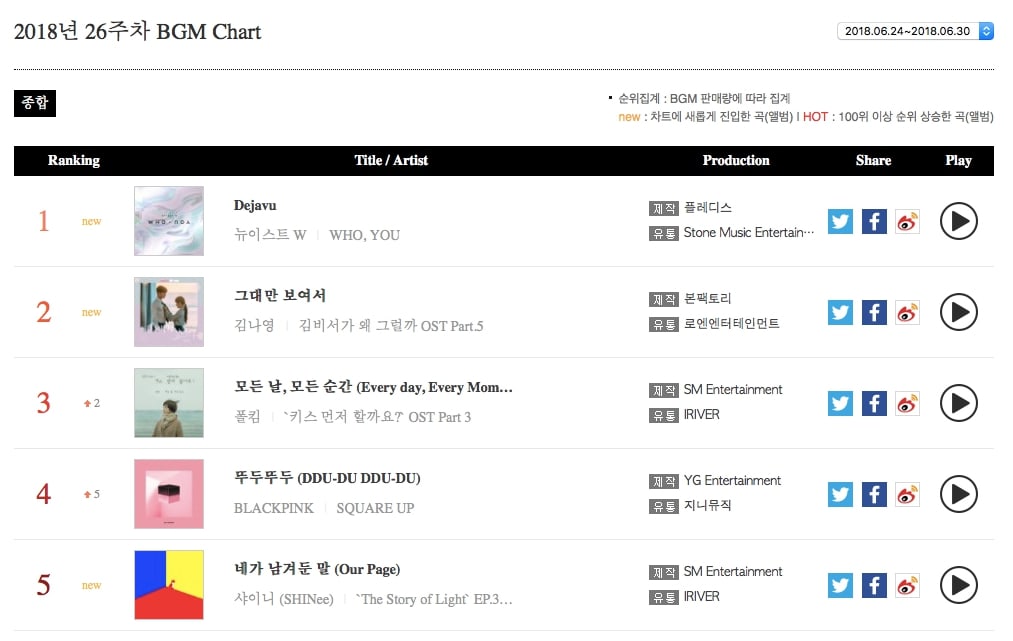 MOMOLAND dominated the social chart this week, taking No. 1 with their new song “BAAM” as well as No. 3 with their previous hit “BBoom BBoom.” BTS also took two spots in the top five, claiming both No. 2 with “Fake Love” and No. 4 with “DNA,” while TWICE’s “What is Love?” maintained its position at No. 5.

Congratulations to NU’EST W and BLACKPINK on their impressive performance, as well as all the other artists who made this week’s charts!