A New Level Of Fantasy: 5 Reasons Why You Should Watch “Legend Of Fuyao”

If you’re looking for a drama with just about every element of fiction you could possibly want, look no further than “Legend Of Fuyao.” Gaining widespread popularity and high ratings from viewers around the world, the drama continues to enthrall audiences with its blistering-hot romance, aerial martial arts, and gorgeous fictitious universe – taking everything you know (and love) about fantasy to the next level. 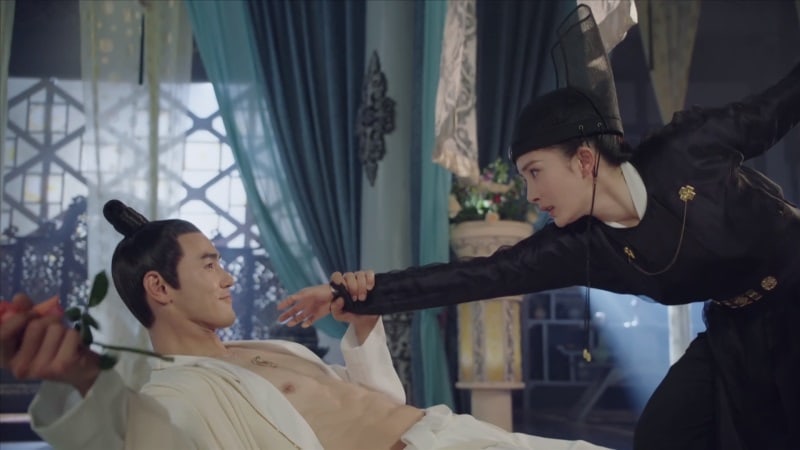 Based on the novel “Empress Fuyao” by Tian Xia Gui Yuan, the drama tells the story of Meng Fuyao (Yang Mi), a young woman of poor social standing, who – after mastering an invincible fighting technique – is tasked with collecting the secret orders of the five Kingdoms. Accompanying her is the mysterious Crown Prince Zhangsun Wuji (Ethan Juan). The two battle powerful forces as they strive to rid the land of evil and ultimately bestow peace to its people.

Let’s hop right into it with five reasons you should watch “Legend Of Fuyao”!

Warning: Minor spoilers ahead, but nothing damaging!

Ethan Juan and Yang Mi bring the heat as leading couple Zhangsun Wuji and Fuyao. Viewers around the world have fallen in love with them. The romance is adorable, but it’s the genuine vibe of their relationship that is so enamoring. The on-screen couple is natural and comfortable, flirting and fighting like any couple would (with some mid-air acrobatics thrown in here and there). 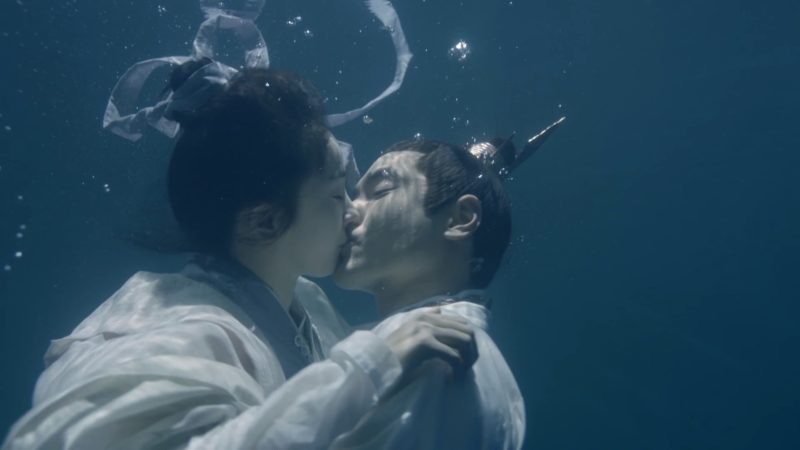 Zhangsun Wuji’s tall, muscular build may be perfect for fighting villains and mythical beasts, but his spirit is gentle and kind, even though he can be a total cheeky smart-aleck. Fuyao deserves her own section, so for now I’ll suffice to say that she’s a whole lot of spunk in a super petite package!

The playful banter is a plus of course, but viewers are given even more as their romance deepens and feelings blossom. Truly a power couple, Fuyao and Wuji prove time and again that love exceeds social status, political schemes, and any mythical beast the world can throw at you. 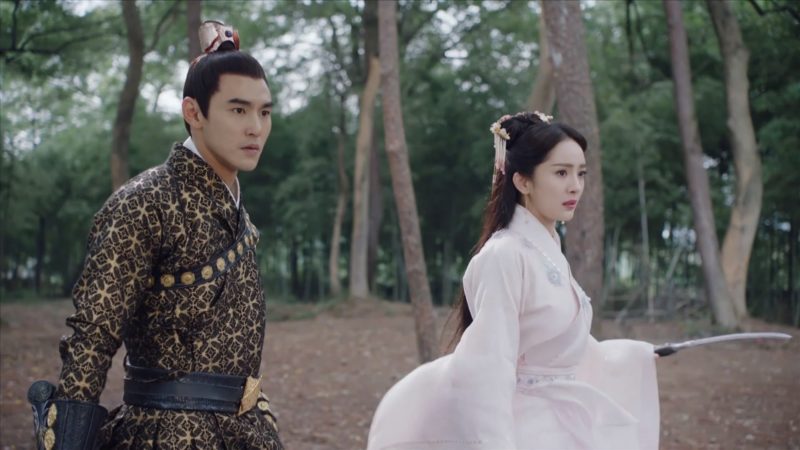 As wonderful as our main leads are, what gives the drama a truly well-rounded feel are the side characters, both likeable and not-so-likeable. There are many, so here are just a few of my favorites that are introduced to us early on in the drama.

First is Yan Jingchen (Huang Ming) – this poor guy is stuck between a rock and a hard place: his domineering father wants him to marry Pei Yuan (Li Yi Xiao), an ultra-jealous, awful woman who is obsessed with making him love her and viciously hates the woman he truly loves (who happens to be Fuyao). Instead of standing up to his father or staying true to his feelings, he marries Pei Yuan…and suffers the consequences. 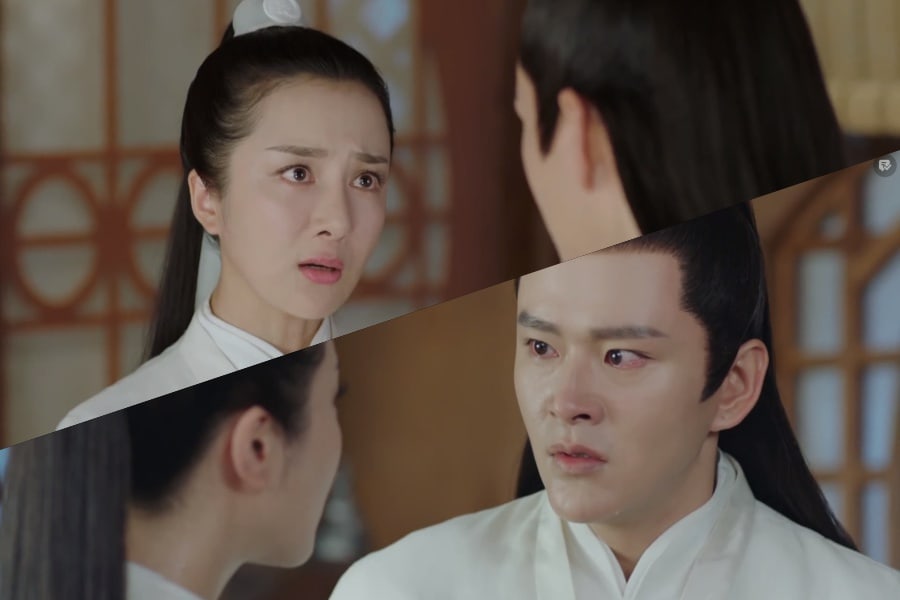 Then there’s Fuyao’s cute and dorky little adopted brother Xiao Qi (Jiang Long), who is kind of just…there. He’s not super helpful – and actually a bit of a hindrance at times. But he’s really precious, and sometimes that’s enough, right? I mean, look at that smile. 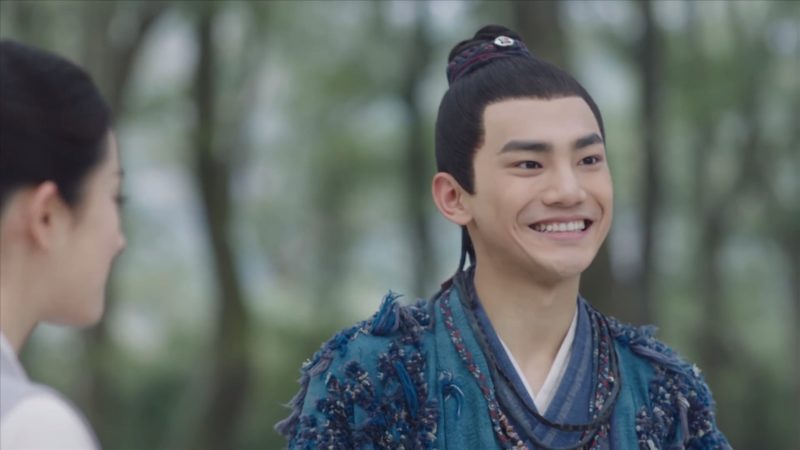 Of course, we have to include Zhan Beiye (Vengo Gao), fearless prince and leader of the Black Wind troops, who is initially one of the corners of a certain love triangle. He’s courageous and passionate, even though his childhood was anything but smooth. 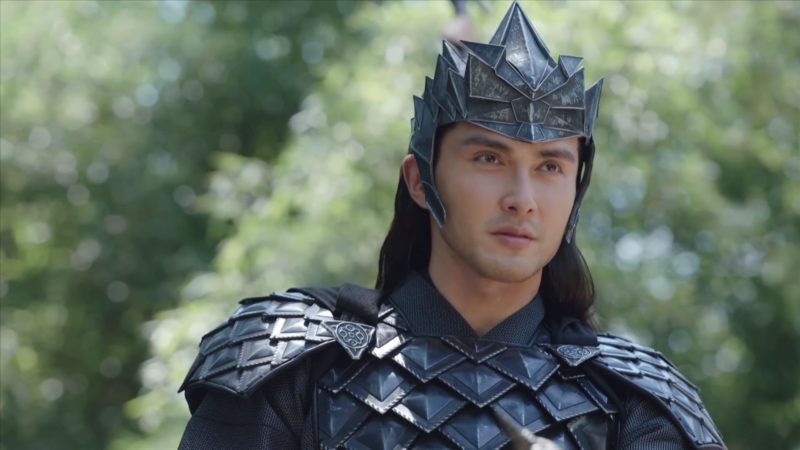 Last but not least, medical sage Zong Yue (Lai Yi) is a fascinating character, whose intellect is not limited to his medical practice. Far more than what initially meets the eye, he keeps his secrets close…and his enemies closer. 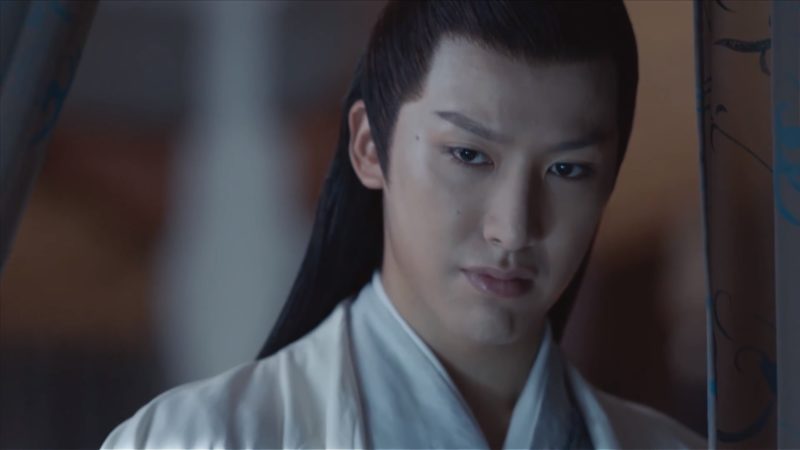 To accompany the stunning color palettes and vibrant characters, the drama’s soundtrack boasts a stellar ensemble. A couple of my favorite pieces so far are those sung by Karen Mok, You Zhangjing (of C-pop boyband Nine Percent), and Lala Hsu, to name a few of the talented artists.

Note: English song title translations vary greatly, so please forgive any discrepancies in regards to that. The ones below seem to be the most commonly used English titles.

The multi-talented Karen Mok sings the opening theme song, a piece appropriately entitled “Fuyao.” The song is a fitting tribute to our female lead and possesses powerful, universal lyrics that speak of seeking freedom from fear.

And the lovely ending theme song, “A Love Is Hard To Wish For,” is sung by Taiwanese singer-songwriter Lala Hsu, recently named Best Mandarin Female Singer in the 29th Golden Melody Awards.

Whether it’s these specific pieces, or the pretty instrumentals that play throughout an episode’s run, the music of “Legend Of Fuyao” subtly highlights plot-points and characters’ inward struggles. Just as poor music choices can ruin a drama, an excellent OST such as this one boosts the drama’s quality and furthers the story-line. 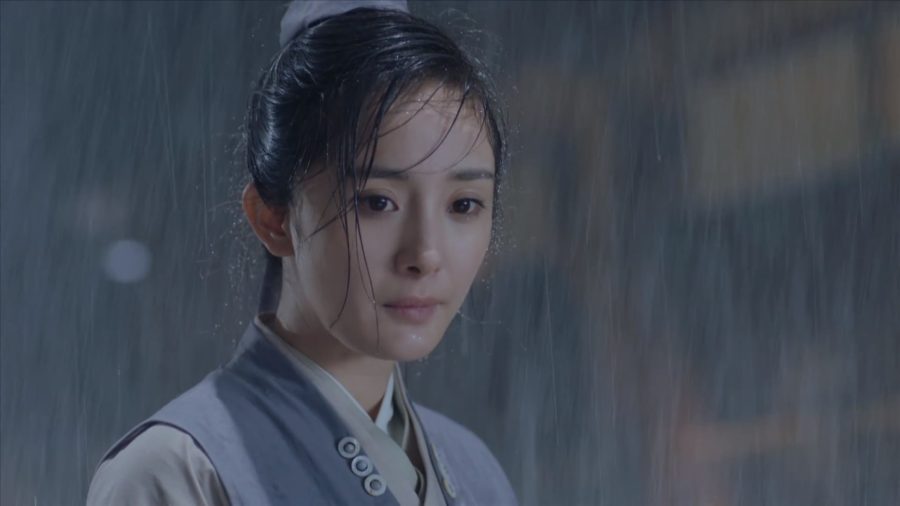 Fuyao is listed separately here because she truly deserves her own section. She is a reason in and of itself to watch the drama, even if nothing else has captured your attention thus far.

Oddly enough, I wasn’t a huge Fuyao fan at first. It might have been because of her mischievous and wild side, but she seemed a tad obnoxious in the very beginning. (Don’t worry, it didn’t last long). After a couple episodes, however, Fuyao truly begins to show what she’s made of.

Perhaps the first significant example of this is when she – at the time an inexperienced fighter – must partake in a series of life-or-death tests along with dozens of other young people, all incredibly skilled fighters. (For simplicity’s sake, think of “The Hunger Games.”) She puts on a brave front and charges each challenge full-on, relying on her own stealth and intellect to make up for her lack of fighting experience.

One of Fuyao’s best moments is fairly early in the drama, when she is forced into an arena with countless other slaves, and instructed to battle it out gladiator style – to the death. It’s actually not part of the life-or-death tests previously mentioned, but she just happens to spend a lot of time in life-threatening situations. Not only is she the only female, but she’s the sole target, a nice surprise from Pei Yuan (the awful woman who’s outrageously jealous of her). Of course, Fuyao kicks butt, and it’s a definite “You go, girl!” moment. 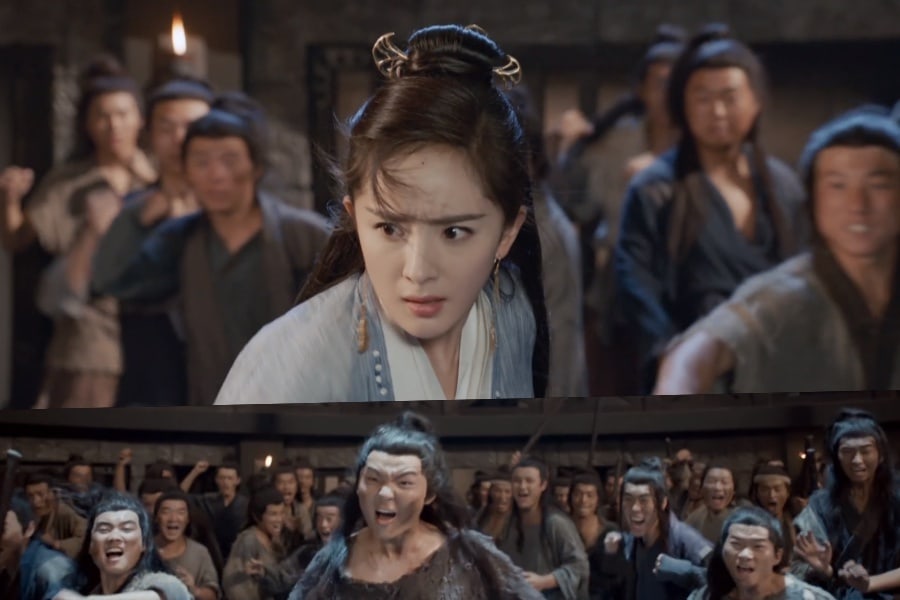 As the drama unfolds, we get to see Fuyao blossom onscreen, from inexperienced teenage rebel to resourceful and cunning young woman. Her intolerance for injustice, ability to say what she feels, and knowledge of her own value as a person is truly admirable. Through the endless trials that she faces, Fuyao proves herself to be a powerful warrior, loyal friend, and courageous crime-fighting partner. What’s great about her character is that she remains unshaken by the powers that be, who are often much stronger than she is, with much more worldly influence.

Honestly, I wasn’t expecting to be as impressed by the fighting. But as someone doesn’t particularly enjoy action sequences very much, I have to say, the martial arts scenes are just plain cool. The choreography is tight and the movements are crisp, making every fight believable (yes, somehow even the flying-through-the-air action). 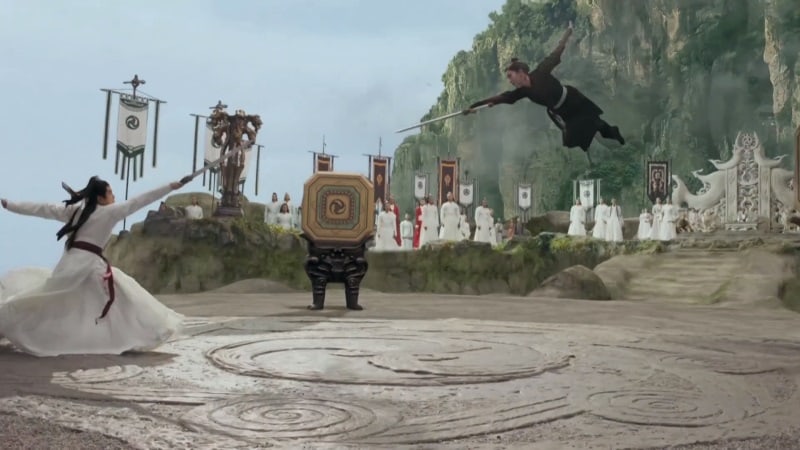 Although it’s absurdly difficult to pick just one fight, a particular favorite of mine (because of the slightly humorous and romantic aspects it possesses) is the bath scene! Well, I suppose “bath fight” would really be more appropriate.

This one’s a little later in the drama, where Fuyao and Wuji find themselves in a bathing area together, and begin fighting each other. The myriad of eye-popping acrobatic stunts are offset by the ridiculousness of the situation, with Wuji teasing Fuyao all throughout, and her frustrated attempts to beat him.

One of her moves snatches off his shirt, and her own clothing rips at the shoulder. Grinning playfully, he asks her, “So impatient?” while throwing a loaded glance at her bare shoulder skin.

Her reaction is great, and I low-key wish I could pull this move out when the situation calls for it:

Afterwards, she tends to his wounds inflicted earlier by some assassins and there is definitely more than casual gratitude in those locked eyes. 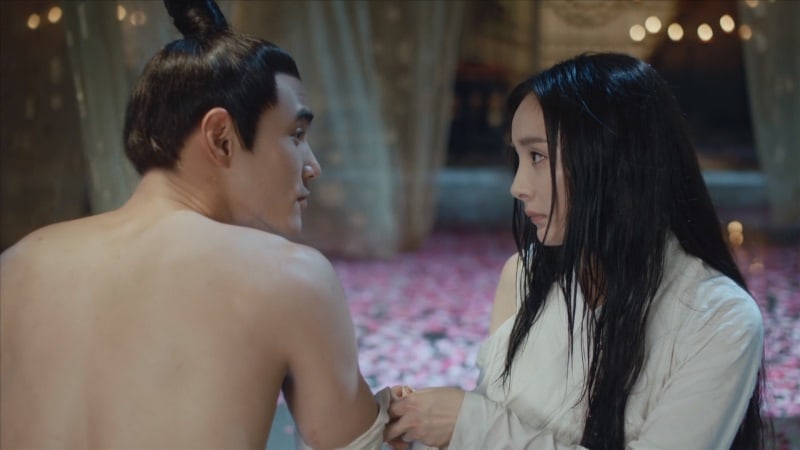 Excuse me while I swoon.

Some other appreciated aspects about this drama are the costumes, attention to detail, and the beautiful set designs that the drama’s creators clearly thought out with great care. These elements add immense quality to the drama, and as a viewer, I tip my hat to that.

So, dear readers, if you’re looking for a new drama with exciting fight sequences, romance that sizzles, and characters you could very well fall in love with, then don’t hesitate to watch this drama!

Catch episode 1 of “Legend of Fuyao”: