SHINee’s Minho Talks About His Friendship With Jang Dong Gun

SHINee’s Choi Minho and Onew appeared on the July 5 episode of “Happy Together 3,” where Minho talked about his friendship with actor Jang Dong Gun, who recently starred in “Suits.”

Yoo Jae Suk brought up the fact that Minho is called the “hyung collector,” because he’s close with so many older males in the industry. 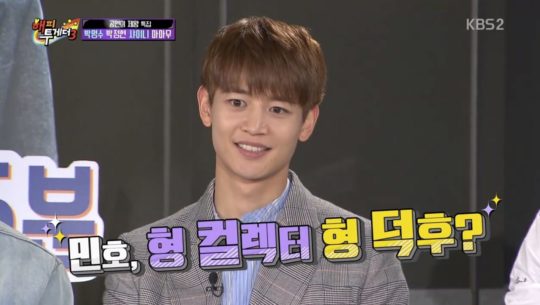 When asked about his friendship with Jang Dong Gun, Minho said, “He’s an actor that I respect so much, and there happened to be an opportunity where I could meet him. Since then, we’ve been pretty close.”

On the actor’s personality, Minho said, “He’s perfect. Of course, he’s very charismatic when he’s working, but what I thought was the coolest was when he wasn’t working, and he was holding his son’s hand on one side, and his daughter in his arm on the other side. I saw his back, and he was just so cool. I was jealous.” 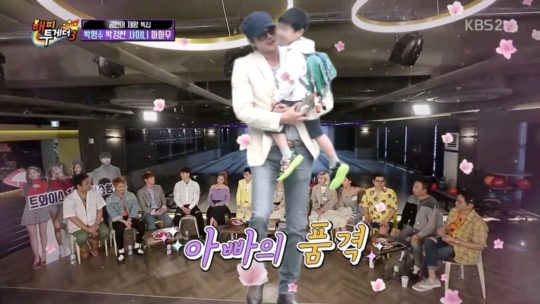 SHINee
Choi Minho
Happy Together
How does this article make you feel?