Mnet’s “Produce 48” is the Most Buzzworthy Non-Drama on television for the third week on a row!

Good Data Corporation has now released its ranking for the Most Buzzworthy Non-Dramas for the fourth week of June. “Produce 48” has come in first once again with a whopping 19.83 percent of the buzz, six times the 3.3 percent received by “Ask Us Anything” in second place.

Last week’s episode of “Produce 48” showed how the center position was chosen for the contestants’ performance of “Pick Me (Nakkeoya)” and also the beginning of the team battle.

With “Produce 48” taking first place in the non-drama category, “What’s Wrong with Secretary Kim” came in first this week among dramas. 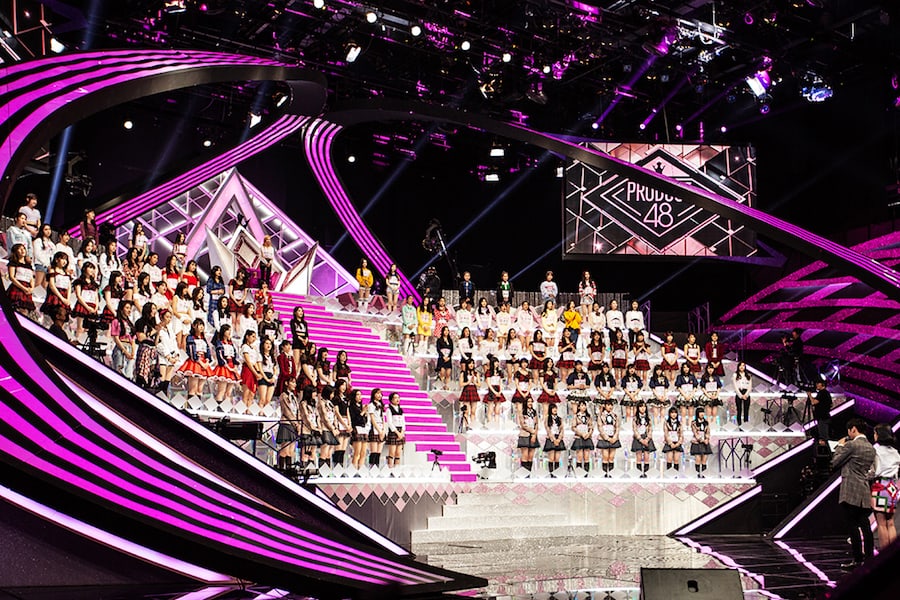 Meanwhile, a list of the top 10 Most Buzzworthy People Appearing on Non-Dramas includes six contestants from “Produce 48”!

Miyawaki Sakura has maintained the No. 1 position on this list for the second week in a row. Yabuki Nako rises to second place, 46 places higher than last week, after she moved from the F group of students to the A group and earned an incredible score in the team battle.

Good Data Corporation determines this ranking based on online reactions through news, blogs, community posts, social media, and views on videos. 1,639 people who appeared on 192 episodes of non-drama shows were ranked on this list, which is for the week of June 25 to July 1 and includes both currently airing and upcoming shows.

“Produce 48” airs every Friday on Mnet at 11 p.m. KST, and you can check out last week’s official realtime rankings here.

Let us know who you think will be making it into the top 12 by voting in our prediction poll for international fans!