The July 5 broadcast saw average nationwide ratings of 8.4 percent and peaked at 10.5 percent, according to Nielsen Korea. A personal best for the drama, it was first among all dramas that aired in the same time slot across both public broadcasting and cable channels.

The episode also was first among tvN’s target audience of those aged anywhere from 20 to 49 for the fifth week in a row with average viewership of 5.8 percent, with a peak at 7.4 percent. With “What’s Wrong with Secretary Kim” achieving a new personal best in ratings every week, many are interested to see how high it can go.

During this broadcast, Kim Mi So (Park Min Young) finally recalled everything about the kidnapping incident. This made her certain that Lee Young Joon (Park Seo Joon) was the other child who had been kidnapped and realized his brother Lee Sung Yeon (Lee Tae Hwan) had been distorting the truth for 24 years.

The episode also showed how Lee Young Joon made an effort to win over Kim Mi So’s sisters. Actors Lee Min Ki and Jung So Min also made a cameo appearance as Kim Mi So’s parents when they were younger in a touching memory that her and her sisters shared with Lee Young Joon. 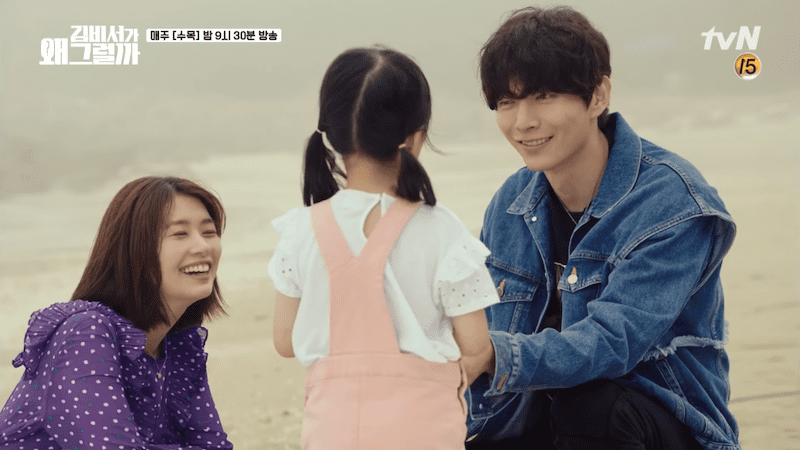 “What’s Wrong with Secretary Kim” airs every Wednesday and Thursday at 9:30 p.m KST.