In a recent pictorial and interview for CeCi Magazine, Golden Child’s Jaehyun talked about fashion and the BTS member whose style he most wants to emulate.

Golden Child members Jaehyun and Bomin recently posed for a summery pictorial for the July issue of CeCi Magazine, impressing the staff with their facial expressions and their skillful acting.

During the interview that followed the shoot, the idols discussed their personal style and opened up about their everyday lives. When asked which of his recent outfits he considered most memorable, Bomin replied, “The one I wore today. Because I’m the youngest member of the group, I’ve never exposed much skin before, but today I exposed my shoulder for the very first time.”

Jaehyun went on to share that BTS’s V was his role model in terms of style. He remarked, “When you look at BTS’s V’s airport fashion, he’s always dressed very well, as though someone styled him. I always think, ‘I want to dress like that too,’ and I often save photos of him [at the airport].”

When asked what he considered the ultimate airport look for summer, Jaehyun replied, “In the end, you can’t beat a white T-shirt and jeans.” 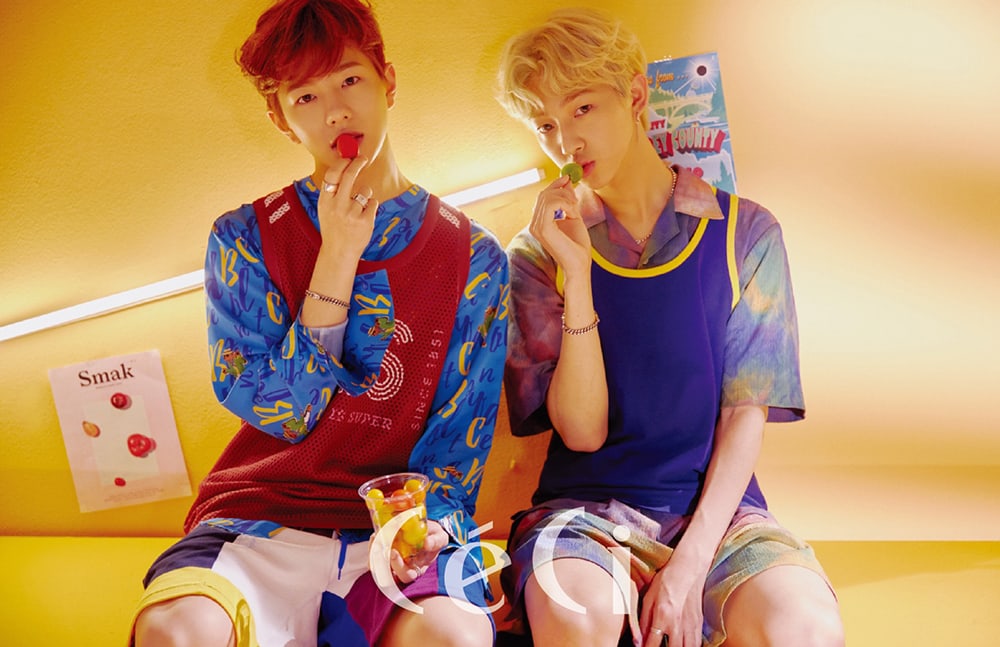 Golden Child made a comeback earlier this week with their new single album “Goldenness,” featuring the title track “Let Me.”