Watch: Red Velvet’s Seulgi Conquers Her Fear And Dives Underwater Thanks To “Law Of The Jungle” Cast Members

Red Velvet’s Seulgi overcame her fear and went diving for the first time on SBS’s “Law of the Jungle.”

On the July 6 episode, Seulgi and her cast members continued their adventure in Mexico. The younger team consisting of Kangnam, Julien Kang, Nam Bo Ra, Seulgi, and WINNER’s Lee Seung Hoon went to explore a waterfall.

All of the members dived into the water to look for food except for Seulgi, who looked hesitant to enter. Before heading to the jungle, Seulgi had said, “I’ve never learned how to swim. I’m a bit scared, so I’m trying to prepare before going.”

After putting on swimming equipment, she got into the water, but came back to land with a serious facial expression.

She said, “It’s murky, so it’s scary. It’s so scary that it’s muddy water. I don’t know how deep it is.” The other members began to worry about her and Kangnam went back with her. 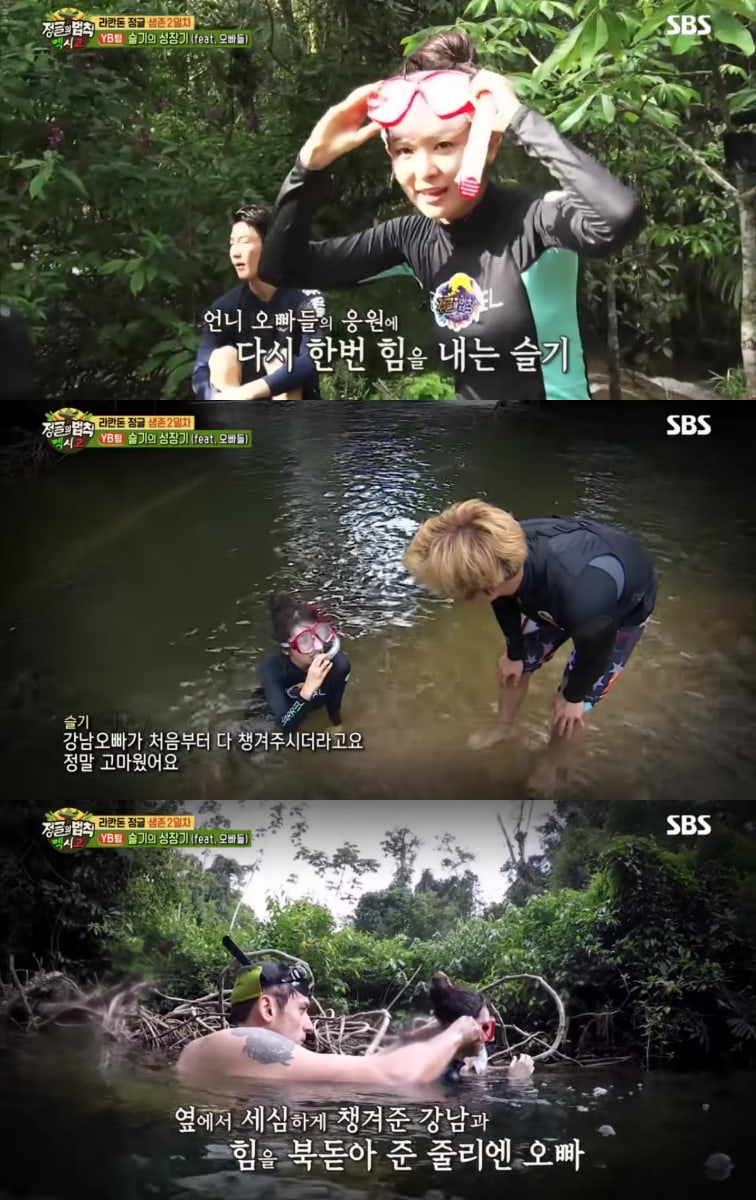 After she calmed down, Seulgi entered the water once again where it was much clearer. She stated, “If it wasn’t for the older members, I wouldn’t have tried to go in. Kangnam took care of me from the beginning. I was so thankful. I felt so reassured and I could try again with courage.”

Seulgi then surprised everyone by diving into the water, and her cast members continued to encourage and praise her for her bravery.

Red Velvet
Law of the Jungle
Seulgi
How does this article make you feel?