On July 7, Wanna One’s Kang Daniel communicated with his fans through Naver V Live in order to reassure them about his safety and talk about various topics.

Earlier that day. there had been a strong earthquake near Chiba Prefecture, Japan where Wanna One is currently for their world tour. As soon as Kang Daniel came online, fans showed their concern for his well-being and he immediately assured them that he was okay.

Following his reassurance, Kang Daniel talked about diverse topics, such as his favorite music, most memorable songs, and the weather in Japan. He also expressed his joy about meeting international fans, saying, “More people recognize me overseas than I thought they would. I am very happy to experience the culture in different countries and especially happy to meet Wannables [Wanna One’s fan base] of various nationalities. I feel grateful once again as someone who performs on stage.”

In the middle of the live broadcast, Wanna One’s Ong Seong Woo made a surprise appearance and joined Kang Daniel in communicating with their fans. 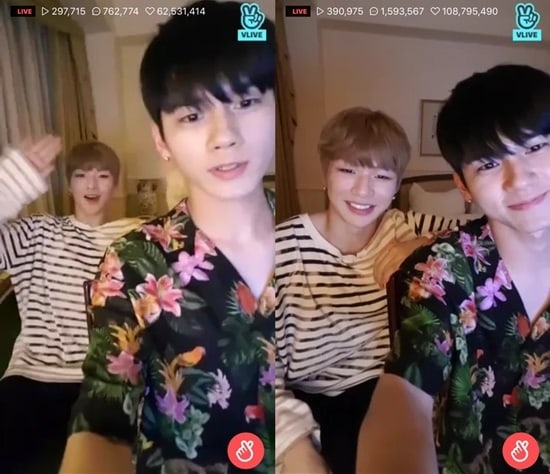 Wanna One will perform in Chiba on July 10-11 for their “One: The World” concert tour, before moving on to other parts of Asia.