Seo Poong (Junho) and Dan Sae Woo (Jung Ryeo Won) have been engaged in a rollercoaster-like secret romance that has stolen the hearts of viewers. Though there have been a few bumps along the way, they soon return to cooking up a sweet romance in the kitchen like nothing had happened.

The two had no choice but to hide their relationship from the “Hungry Wok” kitchen crew. Though Seo Poong was not confident he could keep it a secret, Dan Sae Woo was adamant as the crew includes Jin Jung Hye (Lee Mi Sook), her mother who isn’t very fond of Seo Poong. He ends up finding out that this is the reason behind the secrecy, and things are set to change for the couple. 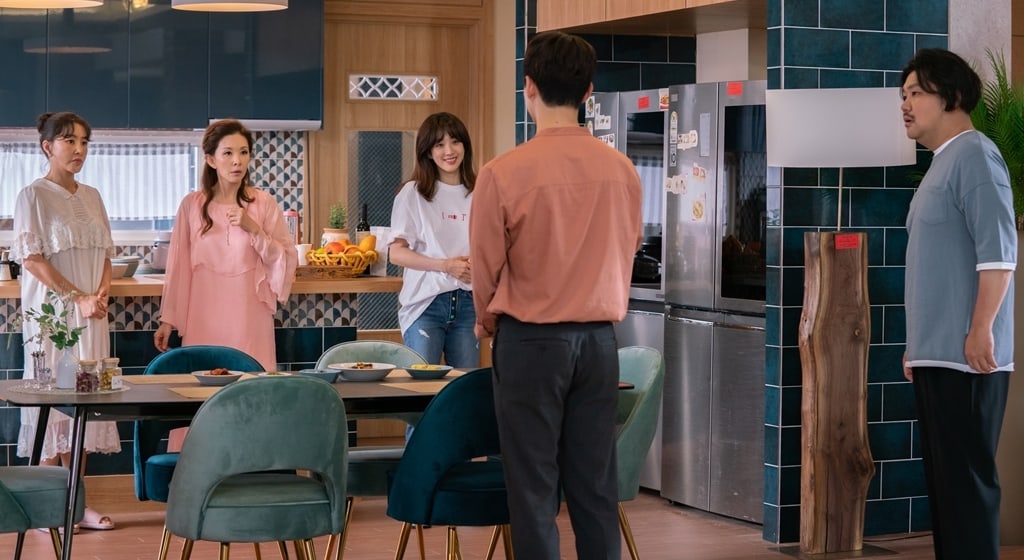 “Wok of Love” has shared new stills of the upcoming episode that show Seo Poong and Dan Sae Woo revealing that they’re in a relationship to Jin Jung Hye. He visits Dan Sae Woo’s home to give his greetings, looking very proper and well-mannered. Little does Jin Jung Hye know that he’s about to drop a bombshell on her and confidently declare himself to be Dan Sae Woo’s boyfriend.

Seo Poong’s sudden appearance is set to throw the house into chaos. Though Jin Jung Hye becomes frozen in surprise, Dan Sae Woo can’t hide the love and affection she has for Seo Poong and his courage. 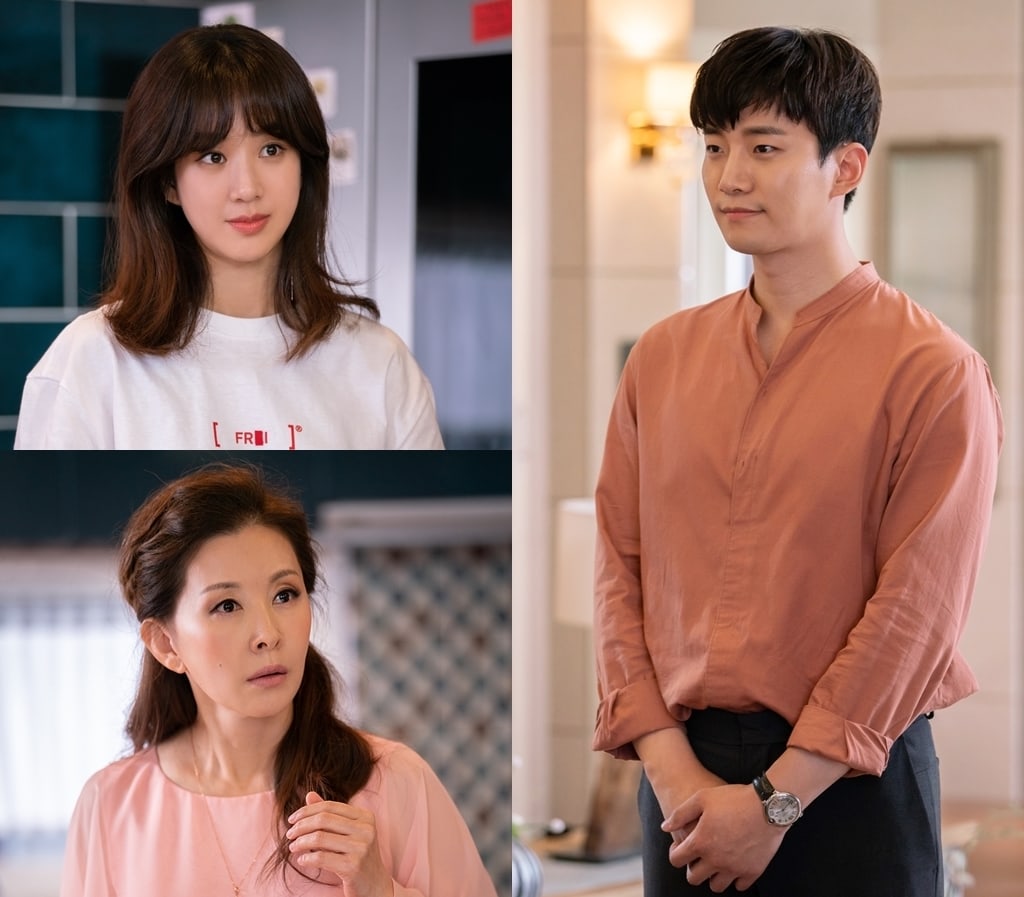 The outcome of this surprise revelation will be shown in the upcoming episode of “Wok of Love,” which will air on 10 p.m. KST on July 9.