Stray Kids belatedly celebrated the 100th day since their debut!

On July 8, Stray Kids held a special Naver V Live broadcast to commemorate the milestone of 100 days that they reached earlier this week. Lee Know, who has been absent from the group’s recent promotions due to an ankle injury that he suffered on June 29, surprised fans by making an appearance for the broadcast.

The Stray Kids members celebrated the occasion in their new dorm with party hats, festive glasses, and a cake adorned with candles. Leader Chan proudly told his bandmates, “You’ve all worked hard,” and Han remarked, “I’m really excited for the next 100 days.”

The group also talked about moving to a new dorm and revealed their updated rooming arrangement. Hyunjin, Han, and Seungmin are currently sharing one room; Felix, I.N, Lee Know, and Woojin are sharing another; and Changbin and Chan are sharing a third room by themselves.

Woojin, who was originally roommates with Lee Know even before their recent move, jokingly reported that ever since they started rooming with Felix and I.N, their room has gotten significantly messier. Meanwhile, Hyunjin praised Han for becoming more organized than before, adding amusedly, “Han’s bed is on the top bunk, and he’s set up everything that he needs up there, so he never comes down. He has a lap desk, a small fan, a stand for his cell phone, everything.” 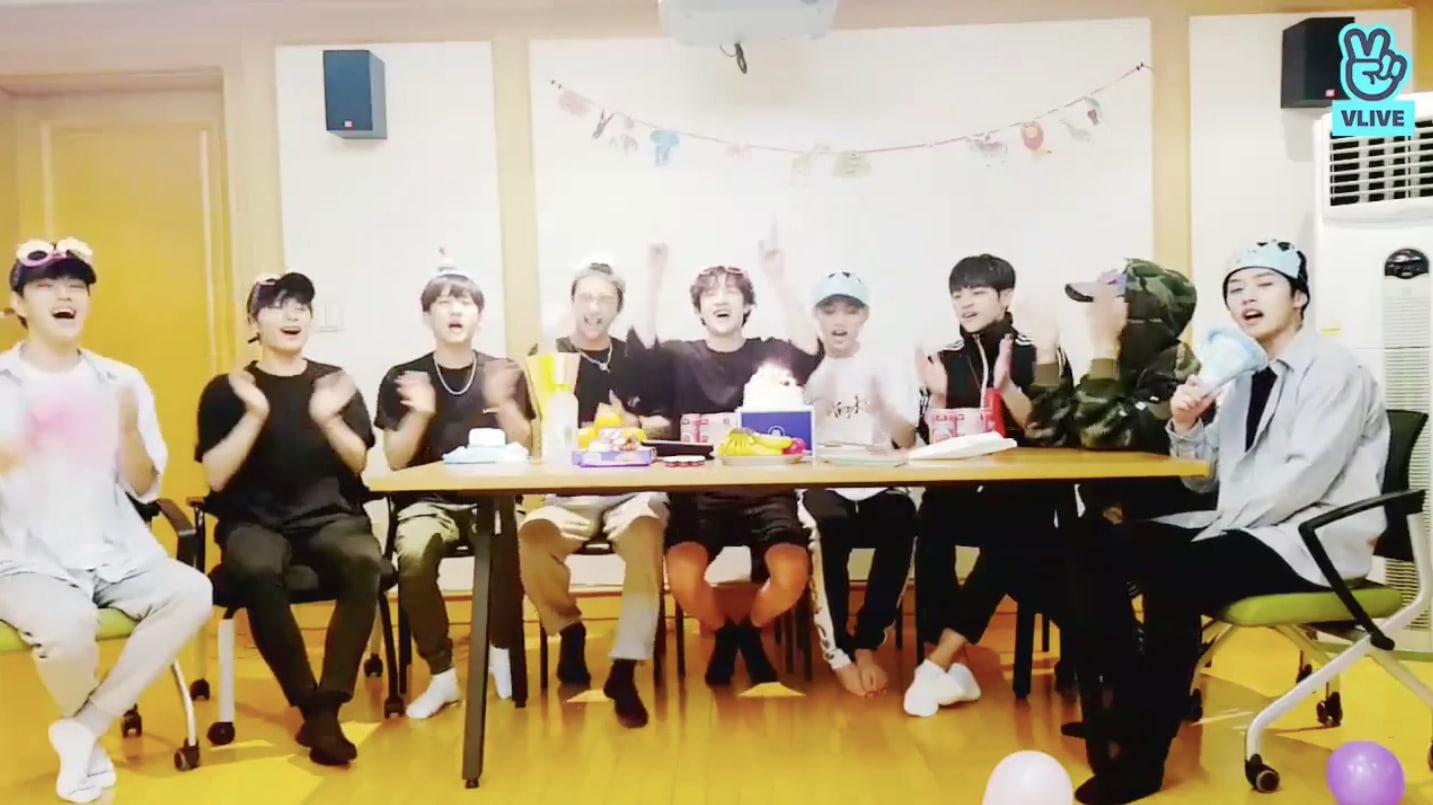 Finally, Stray Kids ended their broadcast by sharing individual messages for their fans. Lee Know said, “It’s been a long time since I’ve seen my own face on V Live! I’m happy to be greeting you [again].” He jokingly continued, “Please make sure to warm up and stretch before any kind of activity,” before reassuring fans, “I’ll recover quickly and return, so please root for me!”

Woojin agreed, “Lee Know’s injury aside, I think health is the most important thing. To our fans, please take care of your health and be careful not to get injured!”

Han went on to tell their fans, “I think that the reason we were able to spend 100 days [as Stray Kids] is all because of your love and support. We’ll continue to work even harder in the future, so please believe in us and cheer us on. Thank you!” 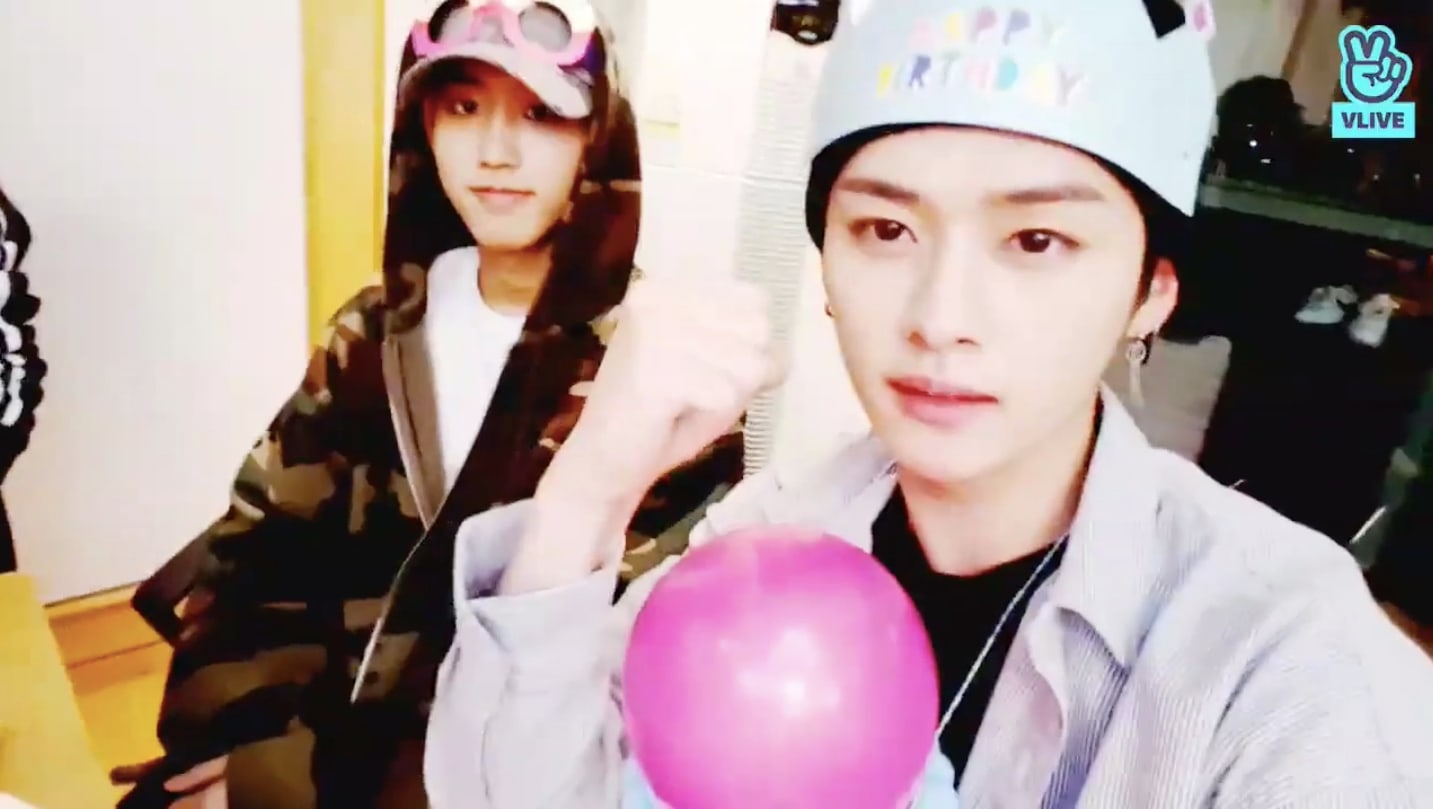 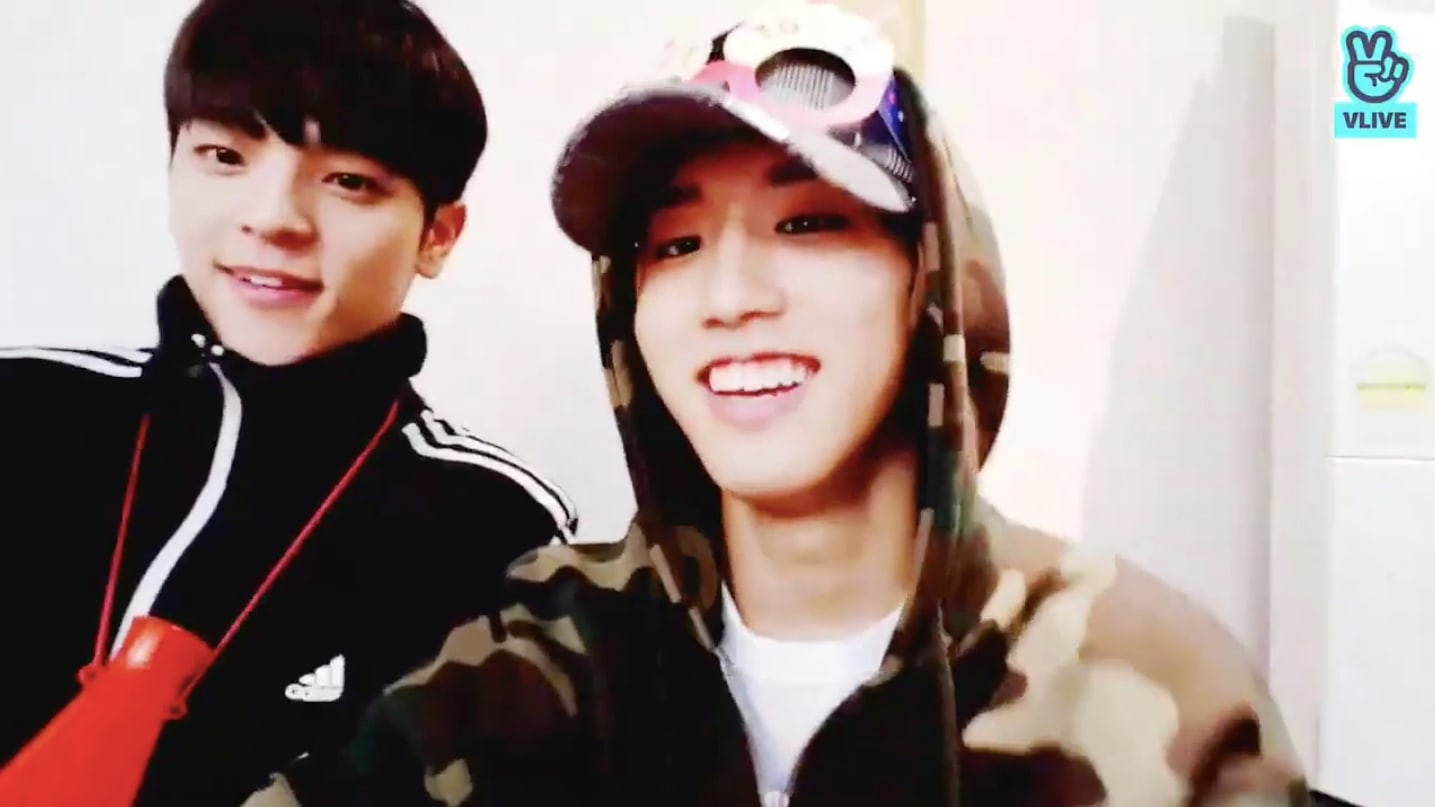 Hyunjin remarked, “Thank you so much to all of the fans who have said so many kind words to us over the past 100 days. I’m so grateful that you poured so much sincerity into each letter, and thank you for writing supportive messages that made it possible for me to do even better in the future.”

Felix said, “Thank you for cheering us on for 100 days. It’s an honor to be able to receive so much love from our fans, and we’ll work even harder in the future.” He added in English, “I just want to say thank you for supporting us for 100 days. We’re still on our way to the top, even though it’s a long way. But we’ll try our best.” 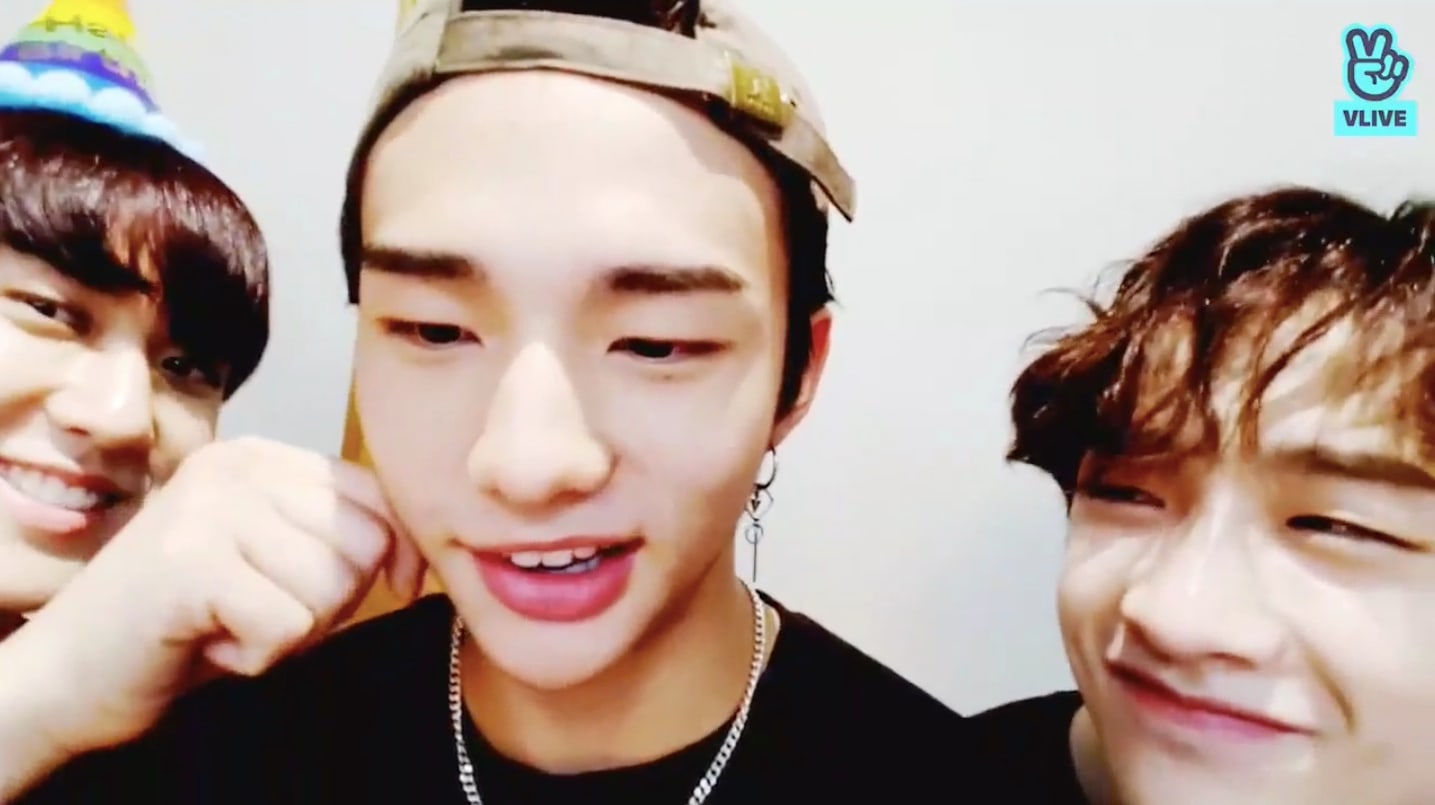 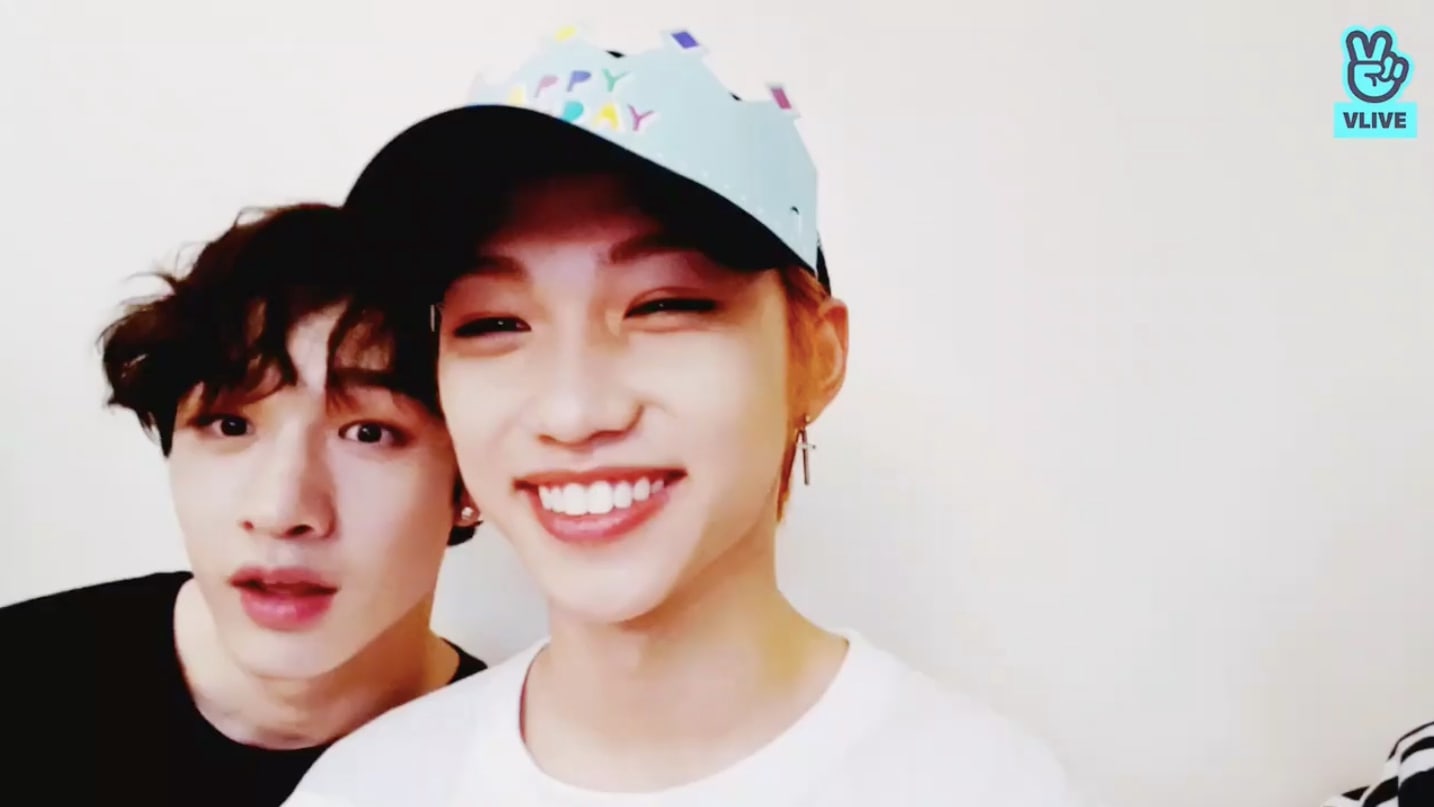