There has been a lot of buzz around tvN’s latest drama “Mr. Sunshine,” and with good reason: it’s the third collaboration between writer Kim Eun Sook and director Lee Eung Bok, the writer-director combination behind hit K-dramas “Goblin” and “Descendants of the Sun.” “Mr. Sunshine” premiered its first two episodes over the weekend, but did it live up to the hype? Read on to find out!

Warning: this article contains minor spoilers for Episodes 1 and 2 of “Mr. Sunshine.”

Visually, at least, “Mr. Sunshine” went above and beyond all expectations, and the spectacular, sweeping camera shots of gorgeous scenery make the drama a treat to watch. After all, it’s easy to fall in love with a drama that looks like this:

And also all of this: 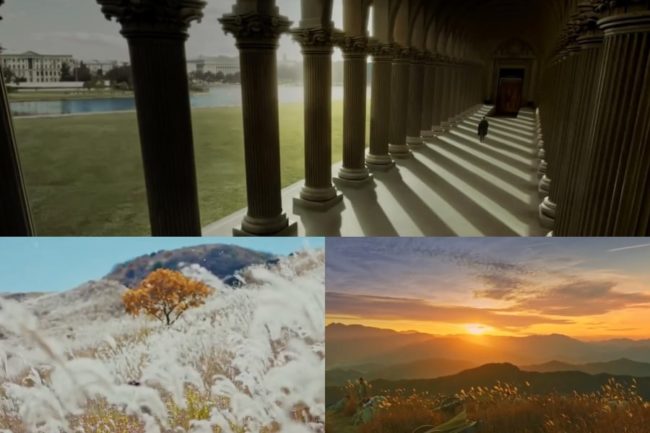 But it takes more than pure aesthetics to keep us invested in a drama, and “Mr. Sunshine” would do well to make sure it doesn’t over-emphasize the cinematography at the expense of its plot. The premiere episodes spend a lot of time panning over scenes of the ocean or montages of characters running through forests and fields, and while we definitely aren’t complaining about the beautiful scenery, the amount of time dedicated to it does make “Mr. Sunshine” feel rather slow-paced at times. This effect is magnified by the fact that, when it does focus on its characters, the drama tends towards the melodramatic: expect a lot of tears and brooding from the first episodes.

The premiere episodes sometimes feel contrived in this way, as if trying to force us to care about characters before we actually know enough about them to care. A tragic scene of a mother sacrificing her life for her child should be heartbreaking and moving, but when it is long and drawn-out and comes 10 minutes into the first episode, it feels slightly awkward.

But this is a relatively minor complaint compared to the overarching plot of “Mr. Sunshine,” which is extremely enticing. Set at the turn of the 20th century, the drama is enormous in scale: it crosses oceans and bridges time periods, bringing the traditional Joseon Dynasty into contact with the rapidly modernizing West. This backdrop of change and upheaval sets the perfect stage for the action and romance of the story.

The first episode follows main character Choi Yoo Jin, the son of two Joseon servants, through his tragic childhood and his escape to the U.S. Child actor Kim Kang Hoon plays young Yoo Jin, carrying the show for much of the first episode — which is no small feat in a drama of such epic proportions. But Kim does a phenomenal job, showcasing an impressive range of emotions that makes it easy to become invested in his story. 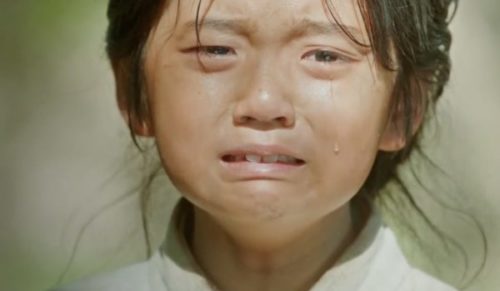 In America, Yoo Jin calls himself Eugene, growing up to become an officer in the marines. Adult Eugene (Lee Byung Hun) is, so far, not nearly as charismatic as his childhood self; Lee Byung Hun spends a lot of time gazing forlornly into space while reminiscing about his tragic past. To be fair, there is a lot for Eugene to be forlorn about, but it’s going to take more than Lee Byung Hun’s silent brooding for adult Eugene to become a character that we care deeply about. 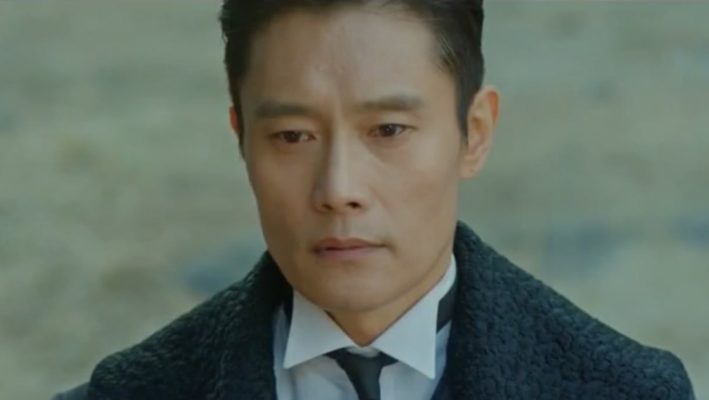 Female lead Go Ae Shin (Kim Tae Ri) has a similarly unhappy past: her parents, independence fighters, die at the hands of pro-Japanese sympathizers shortly after she is born. Thankfully, before this happens, “Mr. Sunshine” takes the opportunity to throw in a little treat for all the “Descendants of the Sun” fans out there, in the form of cameos by Kim Ji Won and Jin Goo as Ae Shin’s parents.

These two won’t be the only familiar faces to “Descendants” and “Goblin” fans: David Lee McInnis (top left below) and Kim Byung Chul (top right below) are also members of the supporting cast of “Mr. Sunshine.” 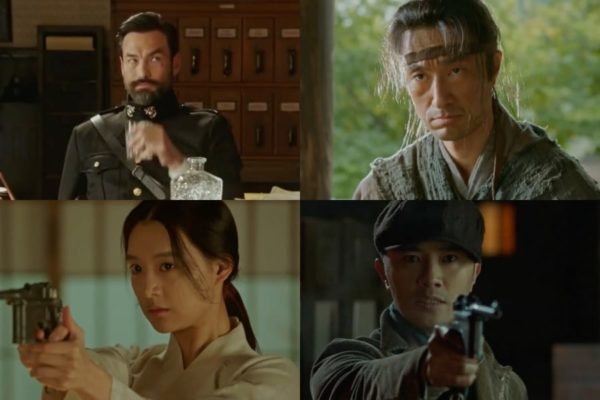 In the absence of her mother and father, Ae Shin grows up as a noblewoman in her grandfather’s household. But she proves to be every bit as rebellious as her parents, showing an unladylike interest in the political happenings of Joseon and a determination to fight for her country.

And herein lies one of the greatest strengths of “Mr. Sunshine” thus far: its female characters are total badasses. Ae Shin rejects her grandfather’s order that she forget about her country’s politics and fill her time with embroidery instead, until he gives in and decides that if she’s going to stir up trouble, she might as well learn to defend herself. Which she does, quite well:

Equally as bold and intriguing is hotel owner Kudo Hina (Kim Min Jung), who makes only a brief appearance in the second episode. If what we’ve seen of her so far is any indication, we’re also going to like her quite a bit:

Of course, we can’t forget about the romance, and Eugene and Ae Shin so far regard each other with a mixture of curiosity and suspicion that promises to develop into sizzling chemistry as each tries to figure out if the other is a friend or an enemy.

It is worth noting that Eugene and Ae Shin first meet as equals — two highly capable individuals tasked with the same mission — and if “Mr. Sunshine” can continue to cultivate the mutual respect between the two as their feelings for each other grow, we’re going to love this romance. 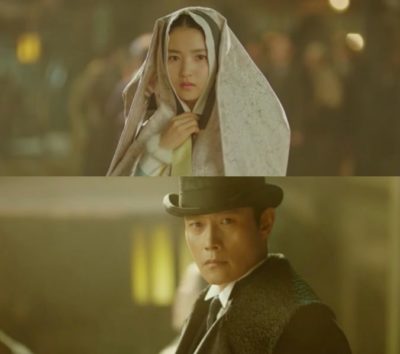 “Mr. Sunshine” faced high expectations, and all in all, the drama put in an impressive first week, laying out a rich historical backdrop and furnishing it with promising characters. The drama is so visually stunning to watch that it is easy to forget that the plot itself moves somewhat slowly and does not always hold onto our attention. But, with 24 total episodes in store, “Mr. Sunshine” can afford to take a more leisurely pace. And once the drama picks up and gives us more from Lee Byung Hun, “Mr. Sunshine” is absolutely going to be a gorgeous, captivating ride of epic proportions.

Hey Soompiers, did you watch the premiere of “Mr. Sunshine”? What did you think? Let us know in the comments!