“Terius Behind Me” is a spy romantic comedy about single mother Go Ae Rin (played by Jung In Sun) and her neighbor Kim Bon (played by So Ji Sub). The two are involved in a mysterious incident, to which former con man Jin Yong Tae (played by Son Ho Jun) holds the key. 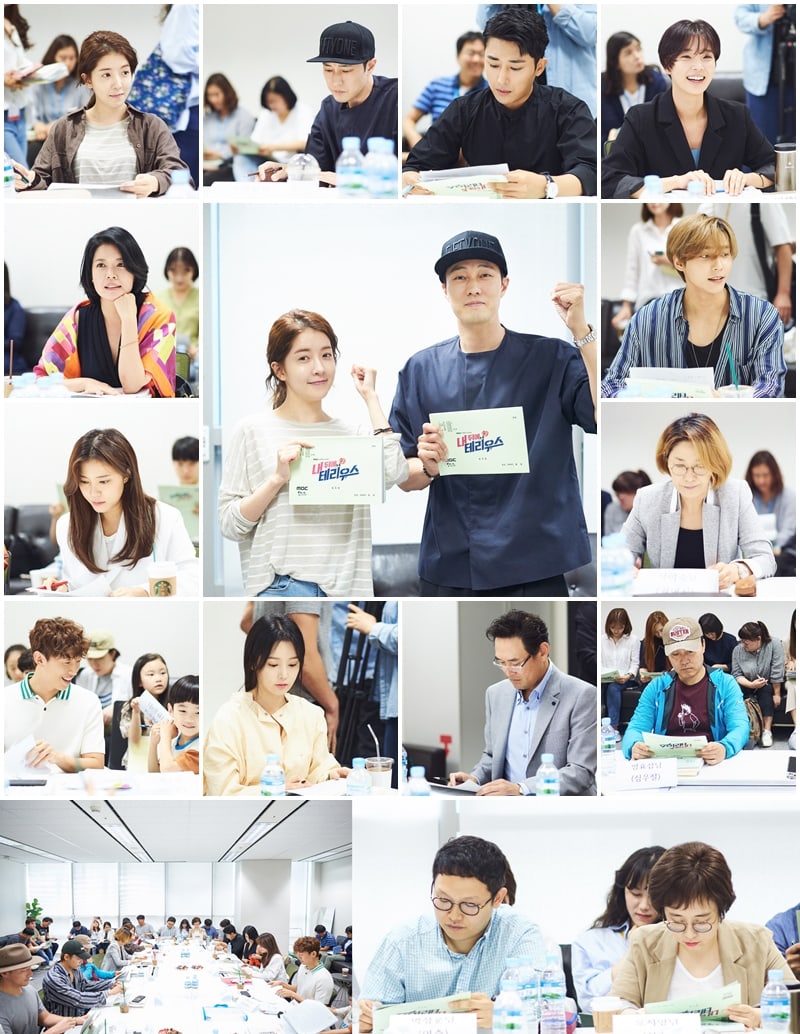 In the released photos, So Ji Sub and Jung In Sun are seen perfectly immersed in their roles and show off their passionate acting as well as great chemistry. Son Ho Jun, who will be taking on his first villainous role on the small screen, showed off his acting that conveyed he had taken a lot of time to go over the script. 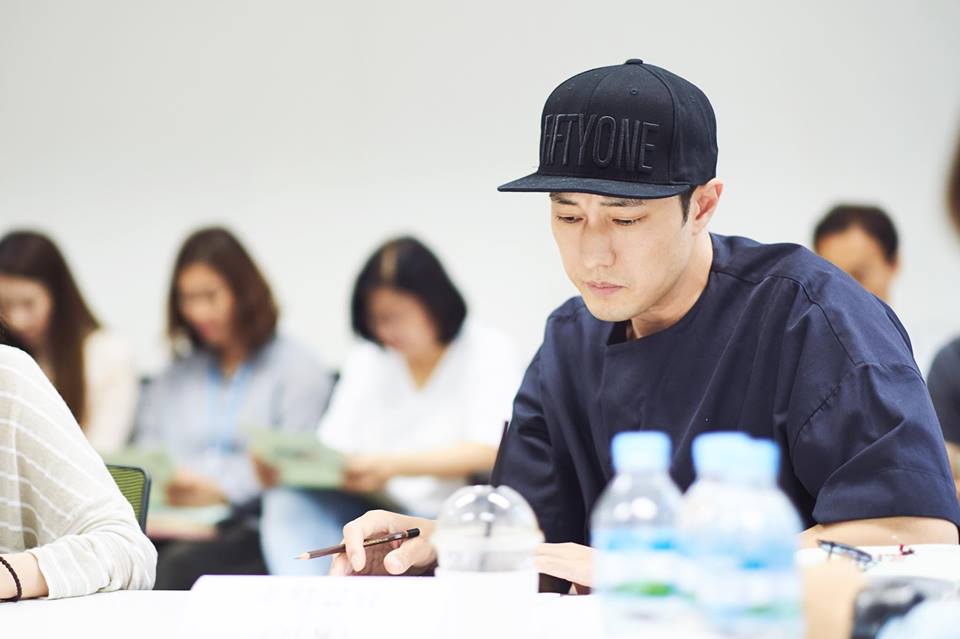 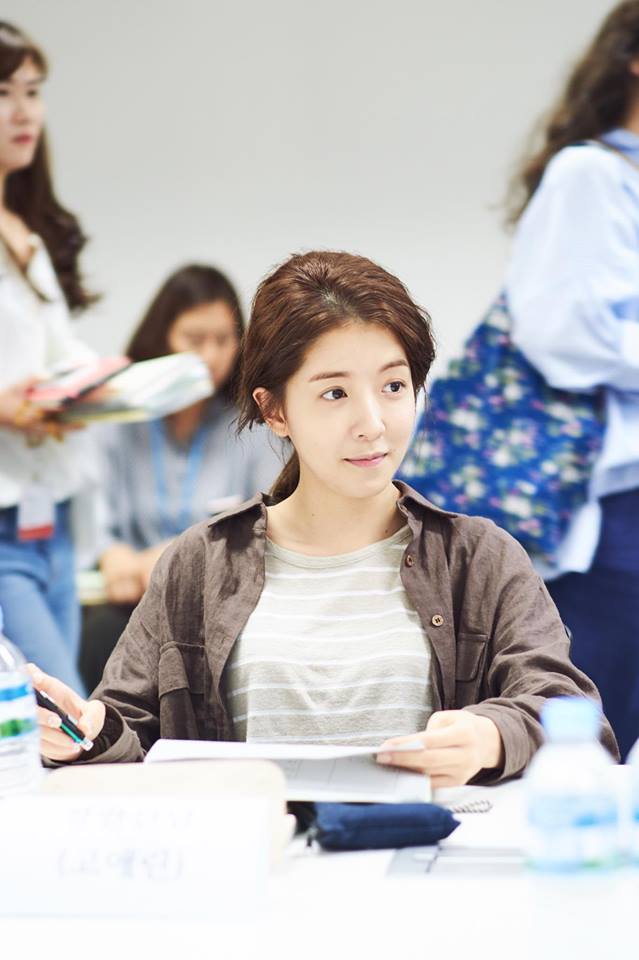 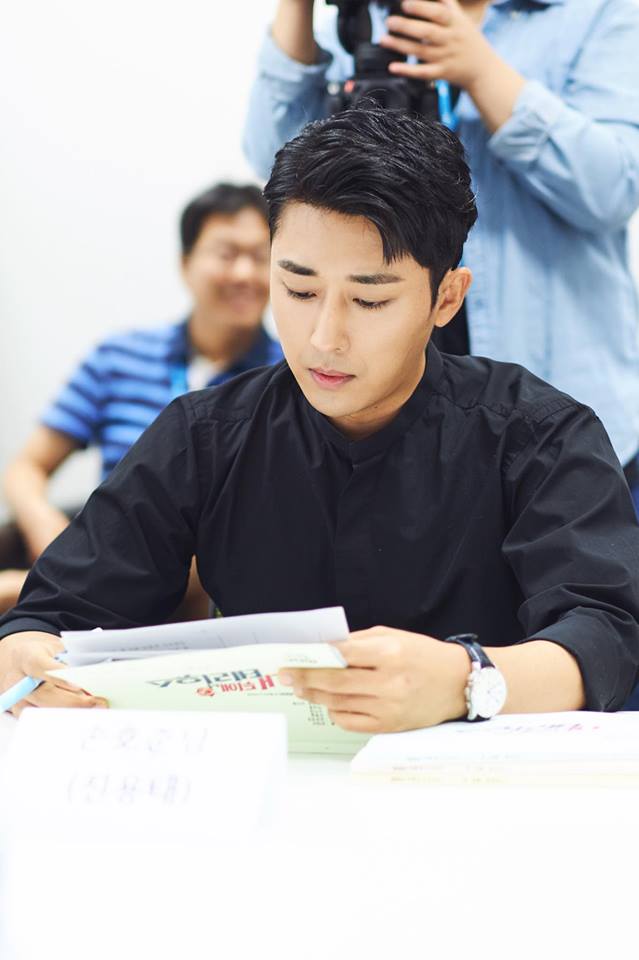 Im Se Mi perfectly conveyed her character Yoo Ji Yeon’s complicated emotions as a National Intelligence Service (NIS) agent who is cold on the outside but warm to Kim Bon, whom she secretly has feelings for. UNIQ’s Sungjoo passionately acted right alongside her as Ra Do Woo, a man who helps out and has feelings for Yoo Ji Yeon. 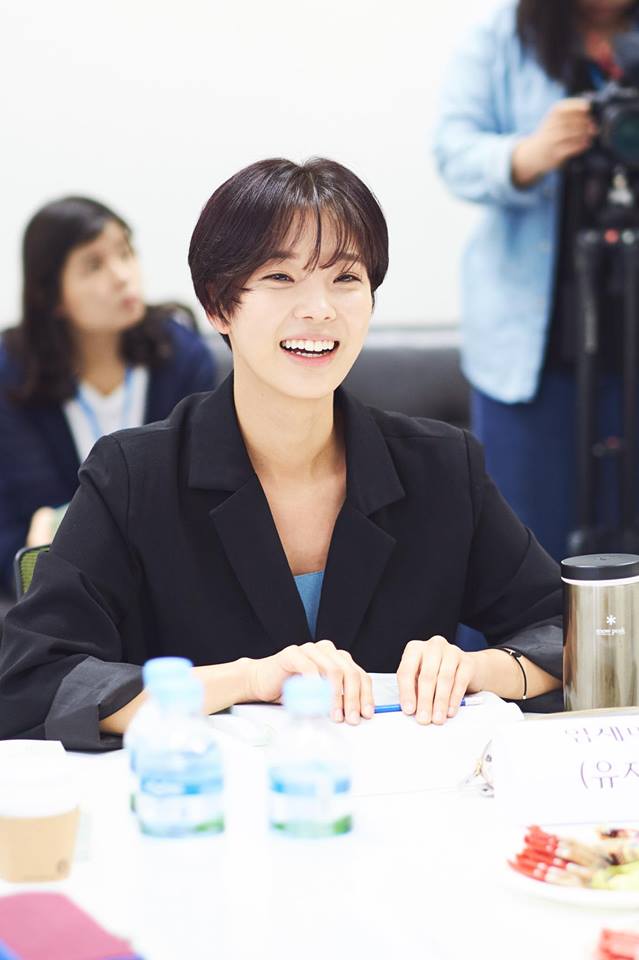 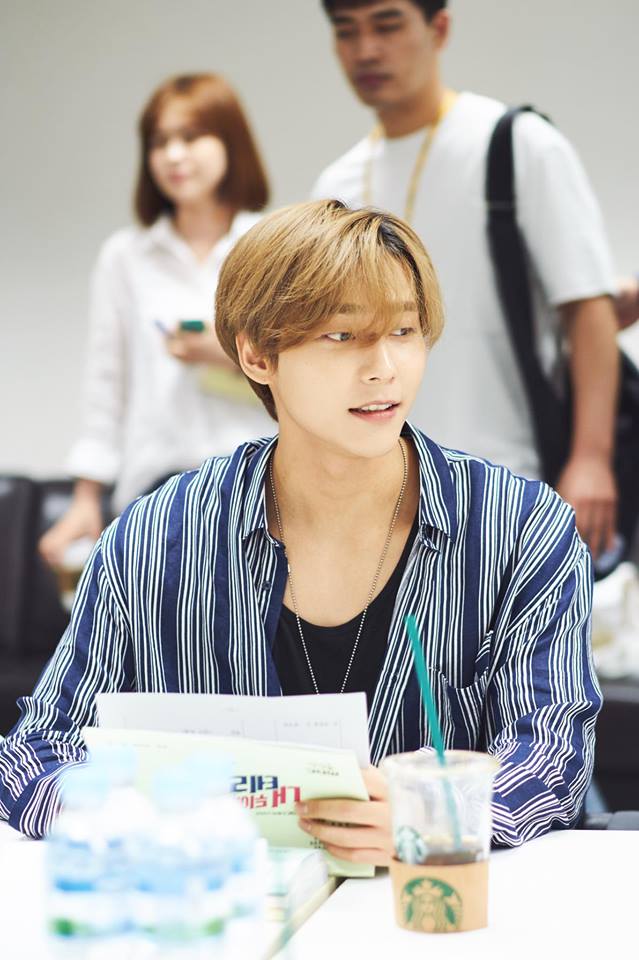 The three members of the Kingscastle Intelligence Service (KIS), a gathering of middle-aged ladies who live in Kingscastle apartment, are Kim Yeo Jin, Jung Si Ah, and Kang Ki Young. The three turned the script reading site into a sea of laughter every time they read their lines.

Kim Yeo Jin will be playing Shim Eun Ha, the leader of the KIS and a woman with information-collecting and investigative abilities that would put the NIS to shame. Jung Si Ah will be playing Bong Sun Mi while Kang Ki Young will be playing Kim Sang Ryul, the other members who make up the KIS. 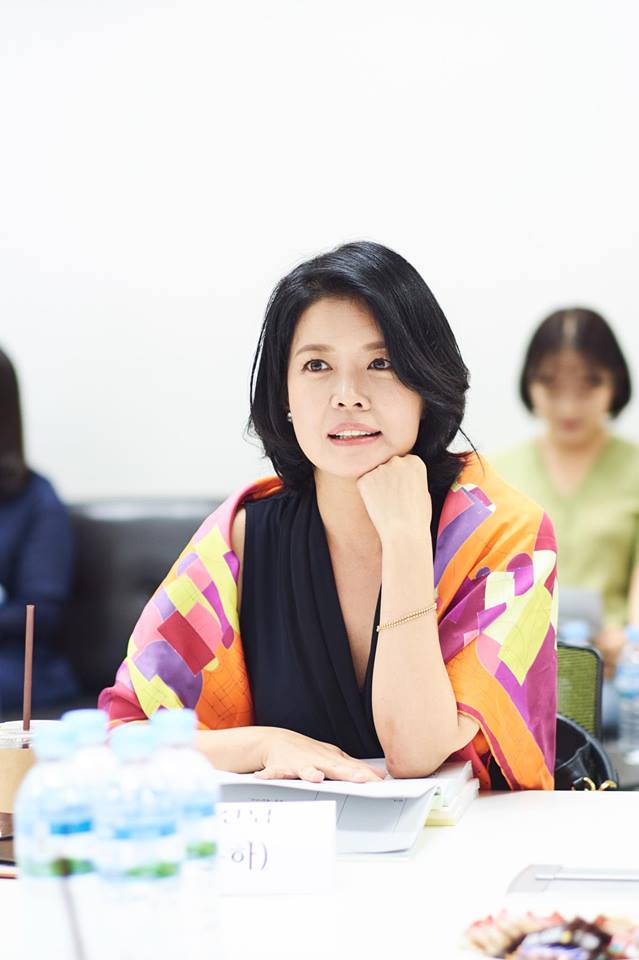 Kim Myung Soo and Nam Gyu Ri will be making special appearances as Moon Sung Soo, the head of the national security at the Blue House, and as Choi Yeon Kyung, Kim Bon’s ex-girlfriend and nuclear physicist from North Korea, respectively. The two made a short, but strong impression at the script reading. 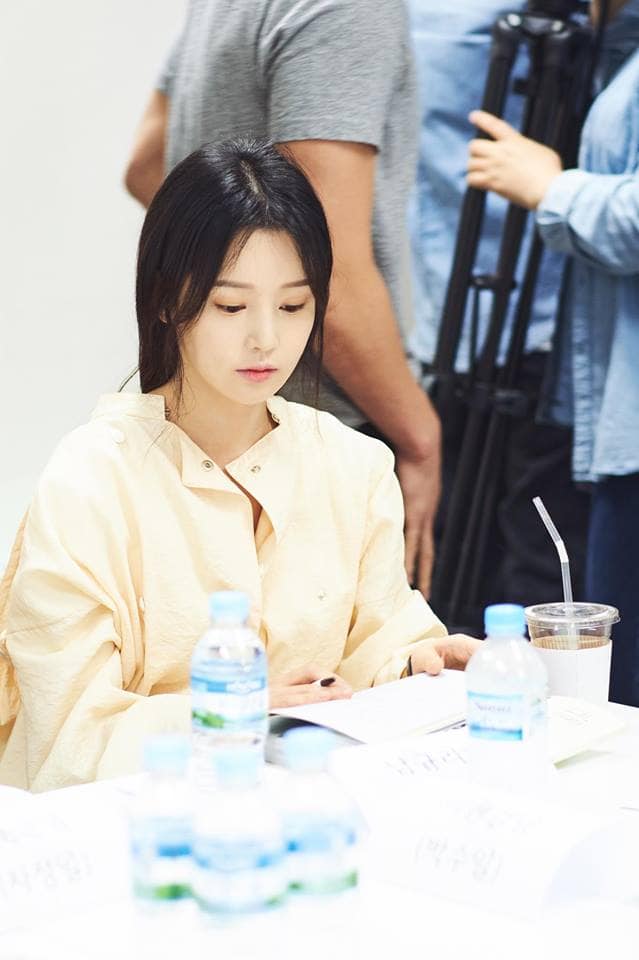 Director Park Sang Hoon stated, “I feel so reassured after seeing everyone gathered in one place,” while writer Oh Ji Young commented, “Thank you for all participating today. I hope we can make a great drama together.” On behalf of the rest of the cast, So Ji Sub shared, “I hope we can make it a fun experience together. Let’s all make it to the end in good health.”

“Terius Behind Me” is written by Oh Ji Young, the writer behind “Shopping King Louie” and is directed by the Park Sang Hoon, the director of “Romance Full of Life.” The drama is slated to air in the latter half of the year.