The office is the perfect habitat for the budding romance. Day in and day out, potential couples work side-by-side, sharing ideas, time, meals, and often, late nights at the office. Co-workers or bosses and their underlings begin to see each other differently as they work together. And that’s where the romance happens, in the stolen minutes before, during, and after work.

Here are 10 office romances in K-dramas that will have you gushing.

A classic office romance, “Protect the Boss” is the story of Cha Ji Hun (Ji Sung) and No Eun Seol (Choi Kang Hee). Ji Hun is pretty much a useless company figurehead while Eun Seol struggles to land full-time work. She does so at Ji Hun’s company and works hard to make sure she isn’t fired from her first real job. As she gets to know Ji Hun and why he is so immature, she captures his interest with her trust and understanding. There is some pretty intense second lead meddling in this one, but it doesn’t quite go as expected.

A supernatural take on the office drama, “Strong Woman Do Bong Soon” tells the story of a woman, Do Bong Soon (Park Bo Young), with a superpower and a dream. She’s stronger than the ordinary gal — and stronger than 100 ordinary gals put together. But she also wishes to be a game designer. Pair her with ambitious rich boy Ahn Min Hyuk (Park Hyung Sik), and an extraordinary office couple is born. He is her boss, she his body guard. They share their secrets from the start and learn to respect each other. As his bodyguard, Bong Soon often follows Min Hyuk from work to home and back, which gives them a lot of time together and sets the stage for many adorable antics.

Jwa Yoon Yi (Baek Jin Hee) and Nam Chi Won (Choi Daniel) are a secretary and boss. She’s obedient, and he’s grumpy and recalcitrant. At first, he doesn’t even want her to work with him, but as time goes by, she charms him with her hard work and loyalty, while his sincerity of emotion is hard not to fall for. The two battle the powers that be, second leads, and devious friends and grow closer for it.

The currently airing drama “What’s Wrong With Secretary Kim” is an unusual office romance because the vice-president and his secretary have already known each other for nine years. Kim Mi So (Park Min Young) starts to see her boss, Lee Young Joon (Park Seo Joon), in a different way after she decides to quite her long-held job. He, however, has always had eyes for her. Watching the two well-established work partners gain their footing in the romantic arena is incredibly satisfying and ridiculously cute.

A bit of a pink elephant in dramaland, “Cunning Single Lady” tells the tale of Na Ae Ra (Lee Min Jung) and Cha Jung Woo (Joo Sang Wook), a couple who divorced after being very much in love. His workaholic ways and her struggle to support his failing business ventures lead them to split and leave them with bitter last memories of each other. When she becomes an employee at his successful IT company, the couple goes through an array of emotions as they acclimatize to being in each other’s lives again, now as boss and subordinate. The love is still there; it just needs to be nurtured with new respect.

Bring on the childhood friends-turned-colleagues in “She Was Pretty,” the tale of a girl, Kim Hye Jin (Hwang Jung Eum), who grows up to be not as attractive as she once was, but certainly more ambitious and capable. Although at first clumsy and awkward in her new job, she grows into her position, though not quite into her role as her old friend’s subordinate. Her friend, Ji Sung Joon (Park Seo Joon), has become a tyrannical boss who is difficult to deal with, but as they work together, their old friendship and new feelings start to change his (and her) emotional landscapes. 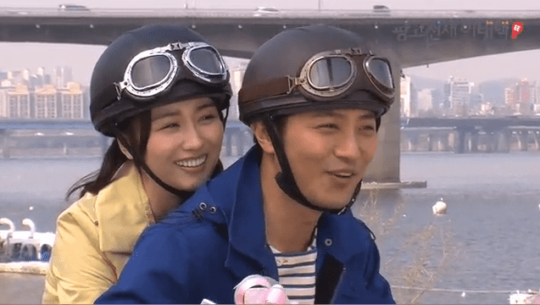 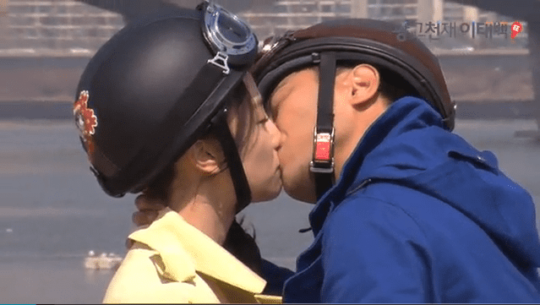 Two like-minded employees at an advertising agency get on very well in this drama, a twist from the usual bout of antagonism we see before K-drama lovebirds start to sing a different tune. Lee Tae Baek (Jin Goo) is talented, but without an impressive resume, and his love interest is Go Ah Ri (Park Ha Sun), who is an intern. Both of them are low in the work pecking order and work together to create great campaigns. Of course, there is some chaebol and second lead drama, but the two are on such solid ground to start that their working relationship and their romance blooms beautifully.

The tale of two opposites, “Lucky Romance” brings office and romantic hijinks together and pairs that with one of the sweetest, most adorkable male leads in Korean drama: Ryu Jun Yeol as Je Soo Ho. He is a brilliant, practical fellow who doesn’t do so well with socializing and is, in every respect, a beta male save for the fact that he has a vision and executes on it. Enter Shim Bo Nui (Hwang Jung Eum), an intensely superstitious person who drives the fact-based Soo Ho crazy. However, she is quite brilliant, hard-working, and passionate, qualities that draw in Soo Ho and make them quite the enchanting office pair.

Age-old friends who have been through everything together also happen to work in the same office. Romance has sizzled beneath the surface for the bulk of their friendship, and it grows as they work together with office rivalries and issues spicing up the romantic tension. Kang Jin Goo (Kim Young Kwang) is good at his job and even better with the ladies, while his friend, Ma Se Young (Kyung Soo Jin), is a small-town lady who isn’t quite as refined or smooth as Jin Goo. However, she’s loyal, funny, and holds his heart. It’s really a tale of growing up as each of them learns as much about themselves as each other.

Kang Tae Ho (Kim Young Kwang) has a powerful crush on his beautiful employee, Go Ho (Kwon Yuri). She becomes popular with the men in the office quite quickly, giving the surly, foul-tempered Tae Ho a run for his romantic bucks. Go Ho is a self-directed, independent woman at the mercy of the workplace and societal expectations for her love life. But never fear, office romance is here! Tae Ho may have to fight for her, but fight he does, and she falls for him as well, making them a fluffy, feel-good couple.

Which is your favorite office drama? Let us know in the comments below!