TWICE Shares Stories From Filming “Dance The Night Away” MV

TWICE celebrated their comeback with fans on a V Live broadcast!

TWICE returned on July 9 with their new MV for “Dance the Night Away” off their special album “Summer Nights.” That evening, they hosted a V Live broadcast to talk about their new release with their fans. The set of their show even matched the beachy background of their music video, and TWICE arrived barefoot to fit the concept! 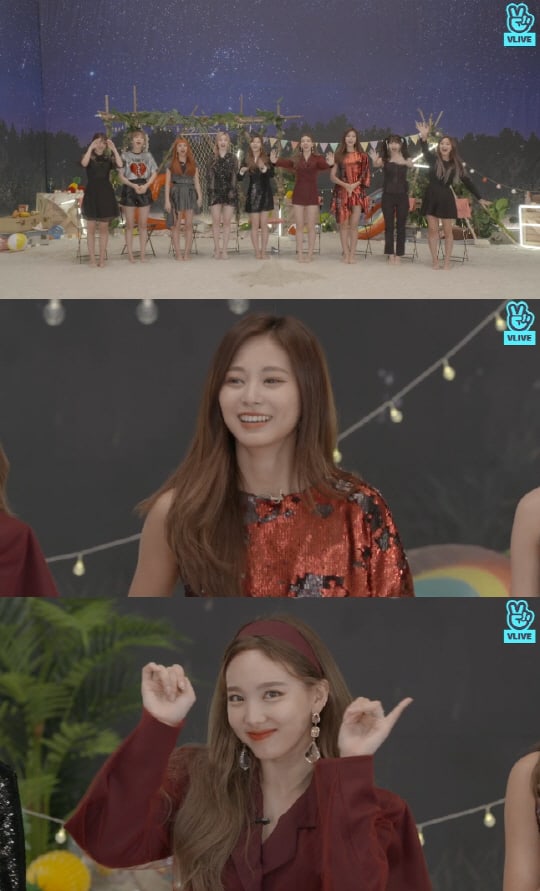 The members talked about the choreography for their new song, and Jihyo named it as their most difficult dance yet. Nayeon said, “When other people saw our choreography video, they worried and asked us how our energy is doing.”

TWICE also shared some stories about their music video filming. Mina said, “We were dancing on the sand, but we kept sinking deeper down into it,” and then recreated what it looked like. Nayeon commented, “During Mina’s part where it’s raining, it was fake rain. It was raining at the time, but when the filming started the sun suddenly came out. So they sprayed water down from above.”

Nayeon also said, “The music video looks really beautiful.” She added, “In the final party scene, we were battling with some enormous bugs.”

TWICE has already topped all major realtime charts with “Dance the Night Away”!