According to film distributor CJ Entertainment, “Girl Cops” finalized its cast and began shooting on July 5.

“Girl Cops” is about a legendary ace detective named Mi Young (played by Ra Mi Ran) who now works a desk job at the Public Service Center after getting married, and a rookie detective named Ji Hye (played by Lee Sung Kyung) who is appointed to the Public Service Center after getting in trouble. The comedy action investigative film will tell the story of these two female detectives solving crime together. 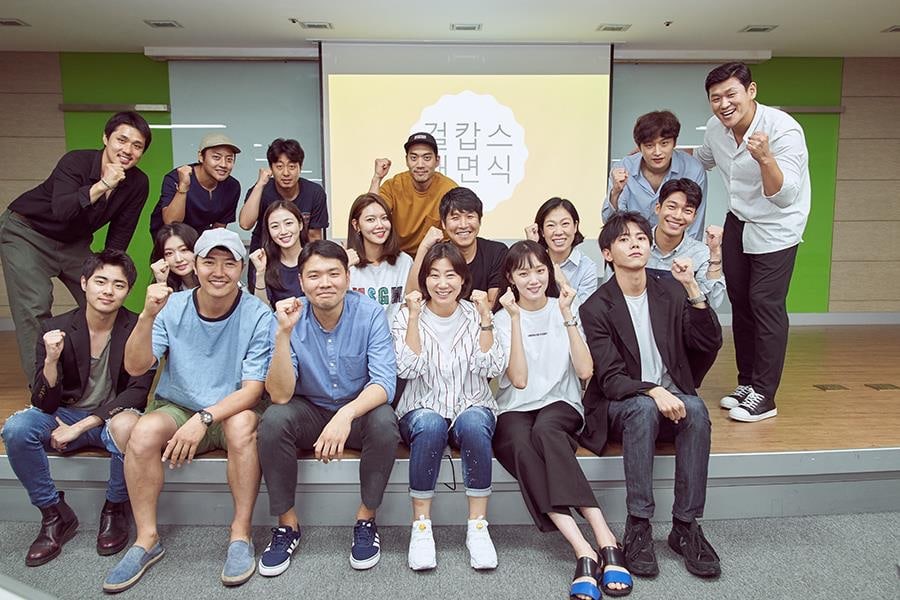 Yoon Sang Hyun will appear as Mi Young’s supportive husband Ji Chul. The actor has previously appeared in works including “Queen of Housewives,” “I Hear Your Voice,” and “Shopping King Louie.” The actor will show his trademark goofiness in this film.

Sooyoung has joined the cast as Mi Young’s Public Service Center colleague Jang Mi. Contrary to her name, which means “rose” in Korean, Jang Mi is foul-mouthed and has a bold personality. It’s described as Sooyoung’s most daring character yet on screen.

“Girl Cops” is the first commercial debut for director Jung Da Won who gained attention for the indie film “Garak Market Revolution.” The film is scheduled to premiere in 2019.