Sakaguchi Kentaro Talks About His Friendship With BTS, Wanting To Work With Seo Kang Joon, And More

Japanese actor Sakaguchi Kentaro shared his thoughts on Korean actors, BTS, and more in an interview.

On the July 9 broadcast of MBC’s “Section TV,” Sakaguchi Kentaro visited Korea to promote his upcoming film “Tonight, At the Movies.”

The interviewer asked the actor about some of the connecting links between him and some Korean stars, and brought up his look-alike Seo Kang Joon. Sakaguchi Kentaro said, “I’ve heard about him from Japanese people, so I know of Seo Kang Joon. He’s really handsome.”

The interviewer told him that Seo Kang Joon had previously stated that he wants to work with the Japanese actor. Sakaguchi Kentaro replied, “Really? Seo Kang Joon, I would really like to work together.”

He explained, “Jung Kyung Ho was a singer in ‘I’m Sorry, I Love You’ and I was a pianist. That’s something that’s different, but I still feel like we’re comrades.”

The final keyword was BTS. “They sang the theme song ‘Don’t Leave Me’ for the Japanese remake of ‘Signal,'” Sakaguchi Kentaro commented. 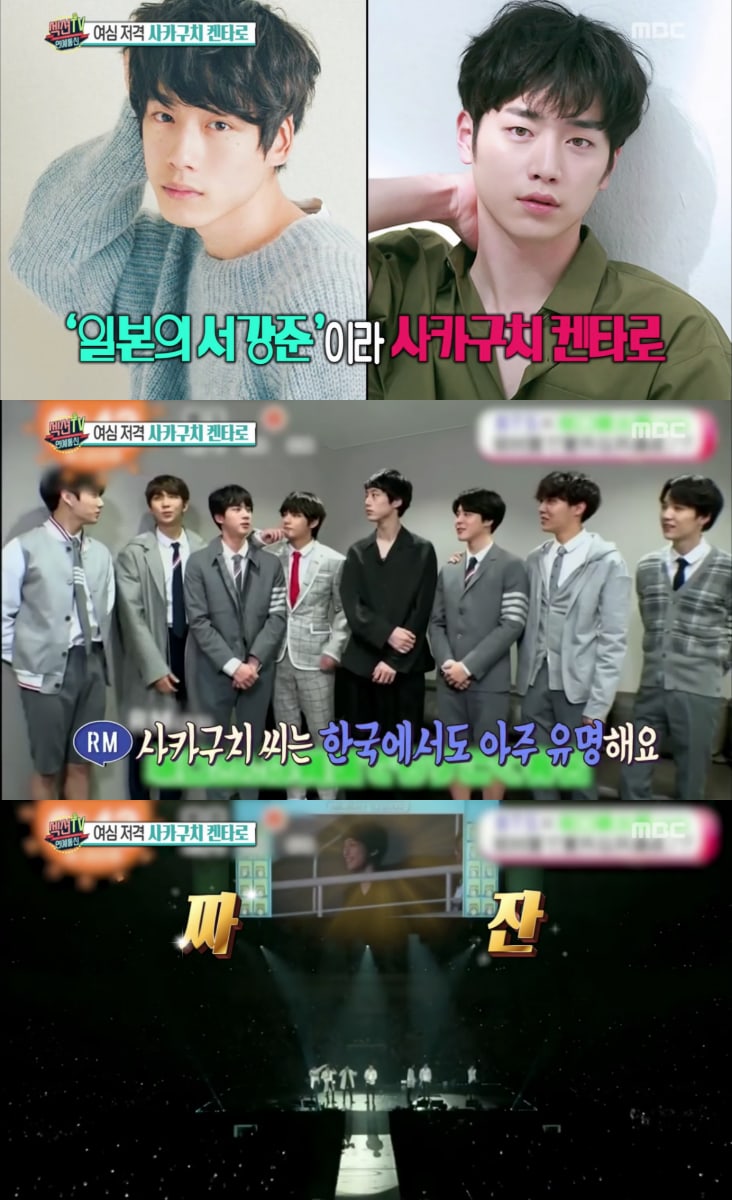 Sakaguchi Kentaro also attended BTS’s Japanese fan meeting in Yokohama and met them backstage. The actor commented, “I met them and I think they’re a really great team. We’ve become a bit close, so I want to work with them.”

The actor and the boy group demonstrated their continuing friendship during his visit to Korea. On July 5, BTS’s J-Hope shared photos of them sharing a meal on BTS’s official Twitter account.

Speaking about the time when his face was shown on-screen during BTS’s fan meeting, Sakaguchi Kentaro said, “I was really surprised. I thought they were really cool. Their dancing is amazing, their music is cool, and their voices when singing are amazing as well.”