NU’EST W’s Ren has great things to say about the group’s leader JR!

On July 9, the boy group held a lying down broadcast on Naver’s V Live. Before the broadcast began, each member anonymously wrote down questions they wanted to ask another member and gave them to the staff.

During the broadcast, the members answered these questions during the “Truth Game.” JR was asked about his endurance. According to the members, the group had their comeback on June 27 and JR had a lot of scheduled events on the following day. He was asked what the secret was to his endurance despite his busy schedule.

JR answered, “It’s because I’m doing what I like. I’ve just lived that way.” Ren commented, “He’s a professional. There’s a reason he’s the leader. To be honest, I let it show that I’m tired if I don’t get a lot of sleep. Our leader really doesn’t show any of that and he does a lot of activities on his own too.”

JR explained, “Since I’m having fun working, I think I’m more excited and nervous, instead of tired.” 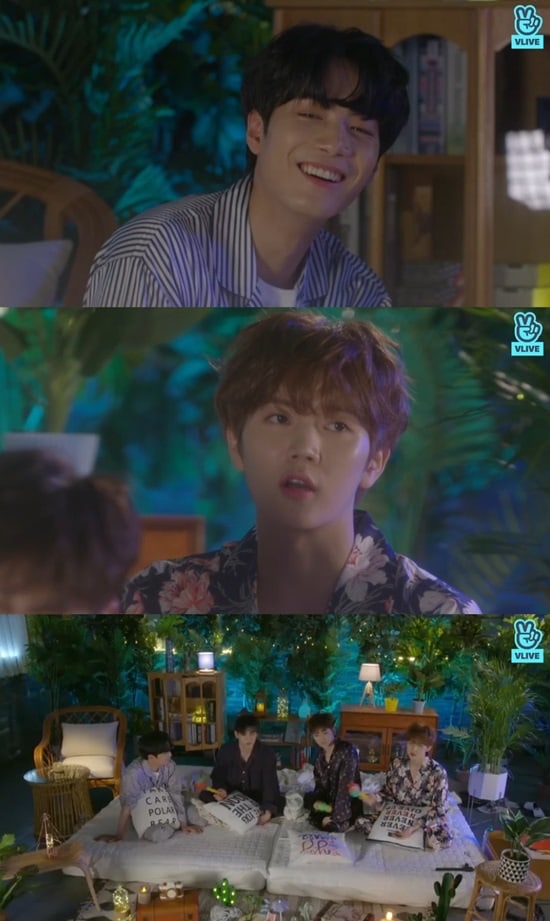 NU’EST W is currently promoting their title track “Dejavu” which was released on June 25.

Kim Jonghyeon
Ren
NU'EST W
How does this article make you feel?