On July 8, sticker photos of the two of them circulated on online communities and social media with the title, “Private Instagram.”

On July 9, Lee Soo Min’s agency J&K Entertainment said in a phone interview with TV Report, “We only know about Lee Soo Min’s public account. We don’t know if the source of the photo is her private account.”

The agency continued, “After personally checking with her, the two are just close friends. The dating rumors are groundless.” 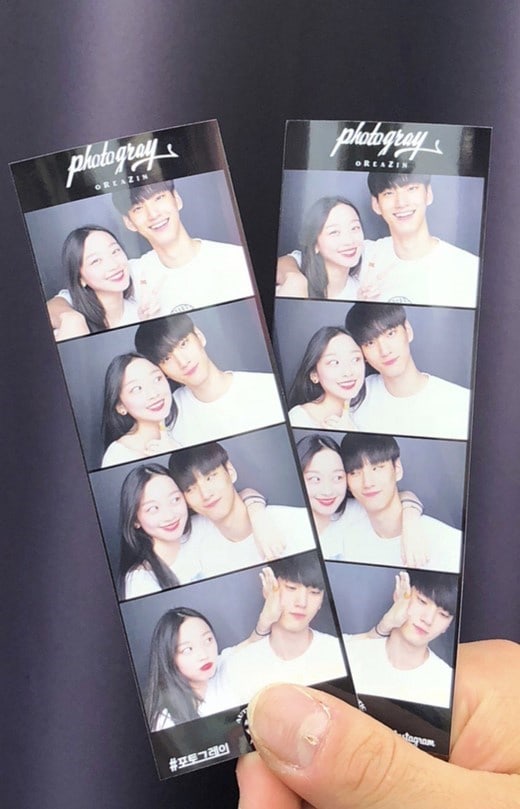 Lee Soo Min also personally denied any truth to an eyewitness account that she was on a date with Lim Sung Jin on the streets of Garosugil.

Along with a screenshot of the eyewitness account, she wrote, “No. Yesterday morning, I spent time with my family and my stylist was also with me. Please stop these kinds of posts.” The post has since been deleted. 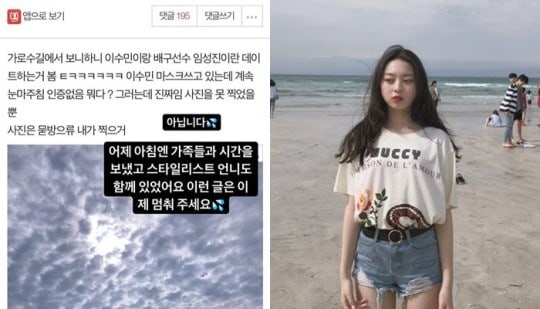 The letter is as follows:

“Hello. This is Lee Soo Min. First, I want to sincerely apologize to Lim Sung Jin, who must’ve suffered harm due to the controversy regarding the dating rumors. I’m also deeply reflecting and feel embarrassed that I thoughtlessly used vulgar words an improper language.

“I think I was so scared that people would talk badly about me because of many people sending me DMs [Direct Messages] asking if I had a private account, that I unknowingly lied. I sincerely apologize. I’m sorry that I disappointed my fans, and will think and act carefully from here on out.

“Also, to bring up the truth about my and Lim Sung Jin’s dating rumors, Lim Sung Jin and I are just close friends, and dating isn’t fitting to describe our relationship. In conclusion, I’m so embarrassed that I acted in a way to deceive my fans, and I’m still reflecting.

“I’ll sincerely reflect so that this won’t happen again and will repent my mistakes. I apologize once again for causing controversy.”

Lee Soo Min was the host of “Show! Music Core” and popular children’s TV show “Boni Hani.” She has also appeared in dramas such as “Second to Last Love” and “Rebel: Thief Who Stole the People.”

Lee Soo Min
Lim Sung Jin
How does this article make you feel?