HaHa talked about the ongoing friendship of the “Infinite Challenge” family.

On July 9, HaHa appeared on SBS’s “Same Bed Different Dreams 2 — You Are My Destiny” as a special MC.

Kim Sook asked, “HaHa, isn’t there an ‘Infinite Challenge’ wives meeting? Is Byul continuing to meet up with them?” 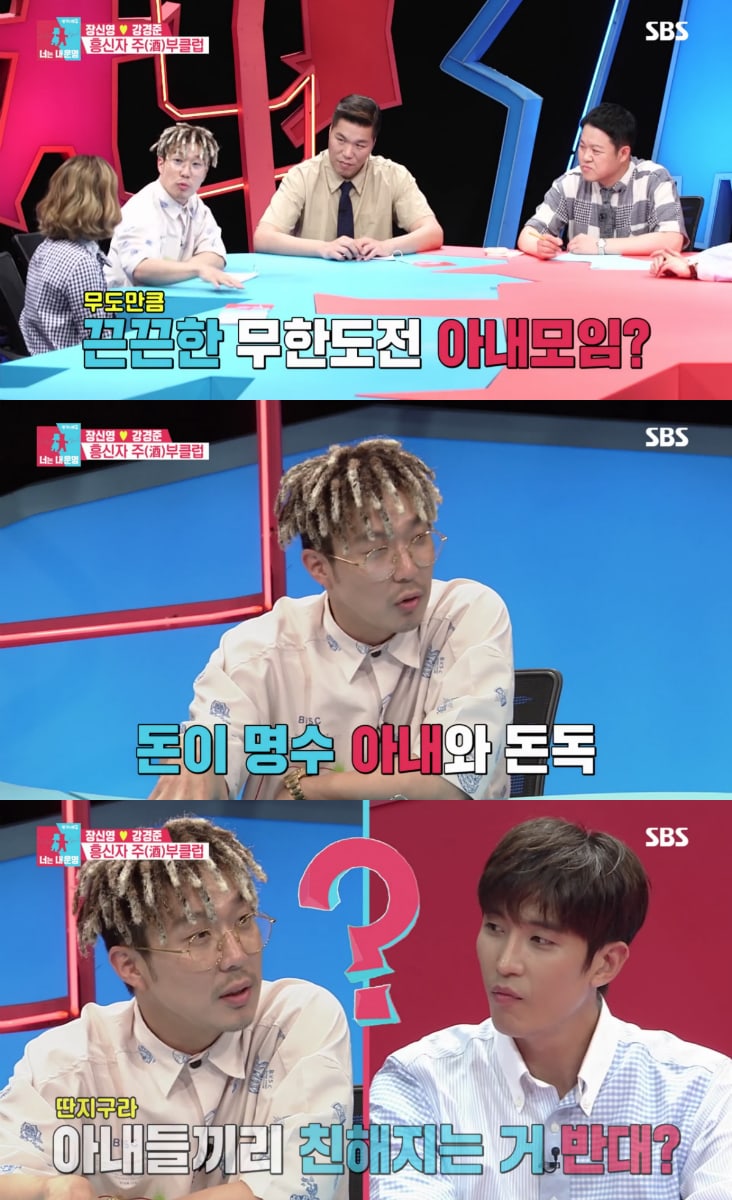 Kim Gura said, “But husbands don’t like it when wives get close. Because of alibis and things like that.”

The cast burst out into laughter when Kim Sook added, “With just two phone calls, you can find out where your husband is.”

“Infinite Challenge” wrapped up its first season in March after being on air for 13 years.

HaHa
Infinite Challenge
Same Bed Different Dreams 2 – You Are My Destiny
How does this article make you feel?