Girl Crushes, Heartthrobs, And Happy Endings: What To Watch After “About Time”

“About Time,” which stars Lee Sang Yoon and Lee Sung Kyung, is a time-racing love story where the two main leads are trying to find a way to be together. The K-drama has an almost impossible love story that was heartbreaking to watch, but it also made it hard to stop watching. If you’re like me and missing the main leads, musical theme, and other aspects of this K-drama that made it so awesome, here are some recommendations to help ease your withdrawal.

It’s really not surprising that Lee Sung Kyung is at the top of every girl crush list out there. She’s the all around perfect package. She can act, sing, rap, and is obviously so pretty! 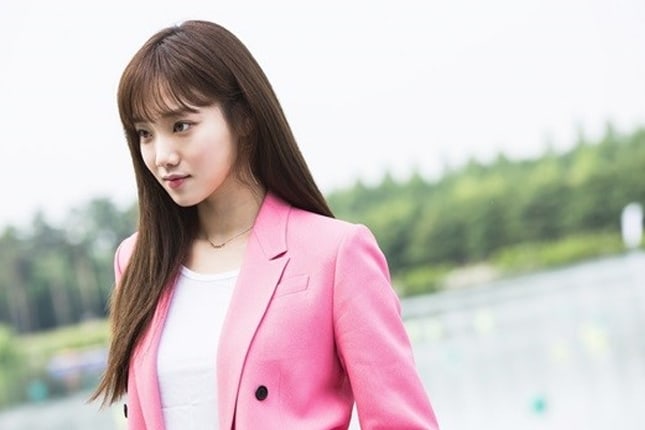 If you’re missing Lee Sung Kyung in a starring role, you should definitely check out “Weightlifting Fairy Kim Bok Joo.” This recommendation is an obvious one when it comes to Lee Sung Kyung, mainly because the K-drama is pretty perfect. This was the first K-drama I watched where I really fell for Lee Sung Kyung. Her character as Kim Bok Joo is so relatable and easy to fall in love with. 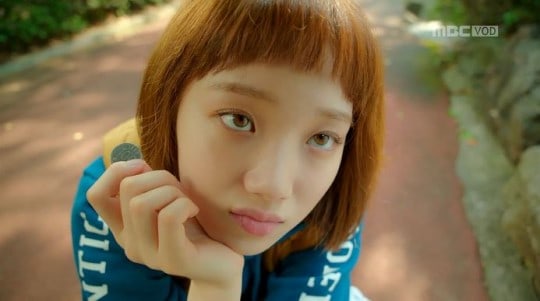 Not to mention the amazing chemistry between her and her co-star, Nam Joo Hyuk! You’ll have butterflies the entire series.

Another role that I totally loved Lee Sung Kyung was in the hit rom-com, “It’s Okay, That’s Love.” Lee Sung Kyung plays the high school troublemaker, Oh So Nyeo. Although it’s a smaller role, her charisma and charm really does shine in this role. She’s also got an adorable love-line with Lee Kwang Soo‘s character, Park Soo Kwang.

Lee Sang Yoon just continues to deliver in terms of solid male-lead performances. He’s made a very respected name for himself in the industry, and his role as Lee Do Ha in “About Time” is no different. The longing and need for Do Ha to be with Choi Michaela is so evident in his acting. It especially gave us butterflies when he delivered those romantic one-liners!

If you’re in need of some more romantic lines and gestures from Lee Sang Yoon, the next K-drama to check out is “Angel Eyes.” Lee Sang Yoon plays Park Dong Joo, a man who fell in love with Yoon Soo Wan (Ky Hye Sun) when he was in high school. Due to tragic circumstances, the two end up separating, but they fatefully meet each other again when they are adults. 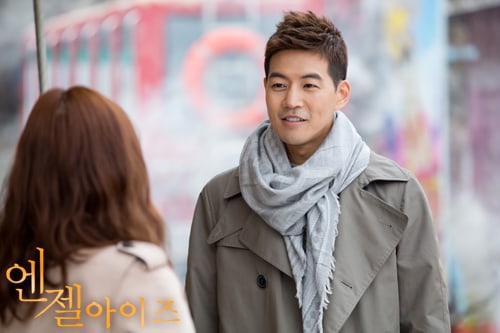 Catch the first episode of “Angel Eyes” below:

If you want to see Lee Sang Yoon for a long stretch of time and love makjang K-dramas (dramas that are super dramatic), you can see him in the series, “My Daughter Seo Young.” 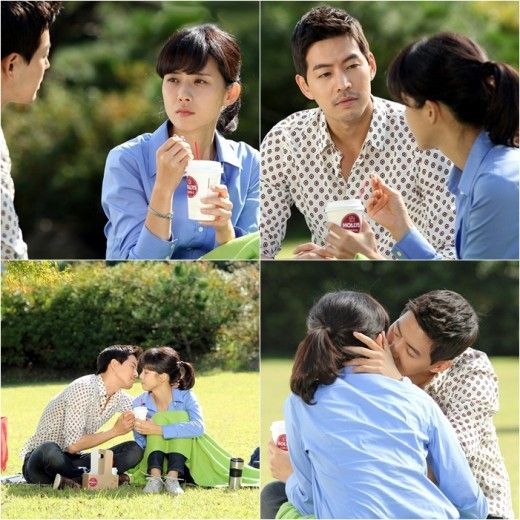 Lee Sang Yoon plays Kang Woo Jae, a rich son of a family, who falls in love with Lee Bo Young who plays Lee Seo Young. She is the tutor for Woo Jae’s little brother and is not well off. They embark on a rollercoaster of a relationship, but do end up getting married. What commences is a lot of secrets about Lee Seo Young’s family that get uncovered and how much Woo Jae is willing to learn about his wife before he gives up on her. 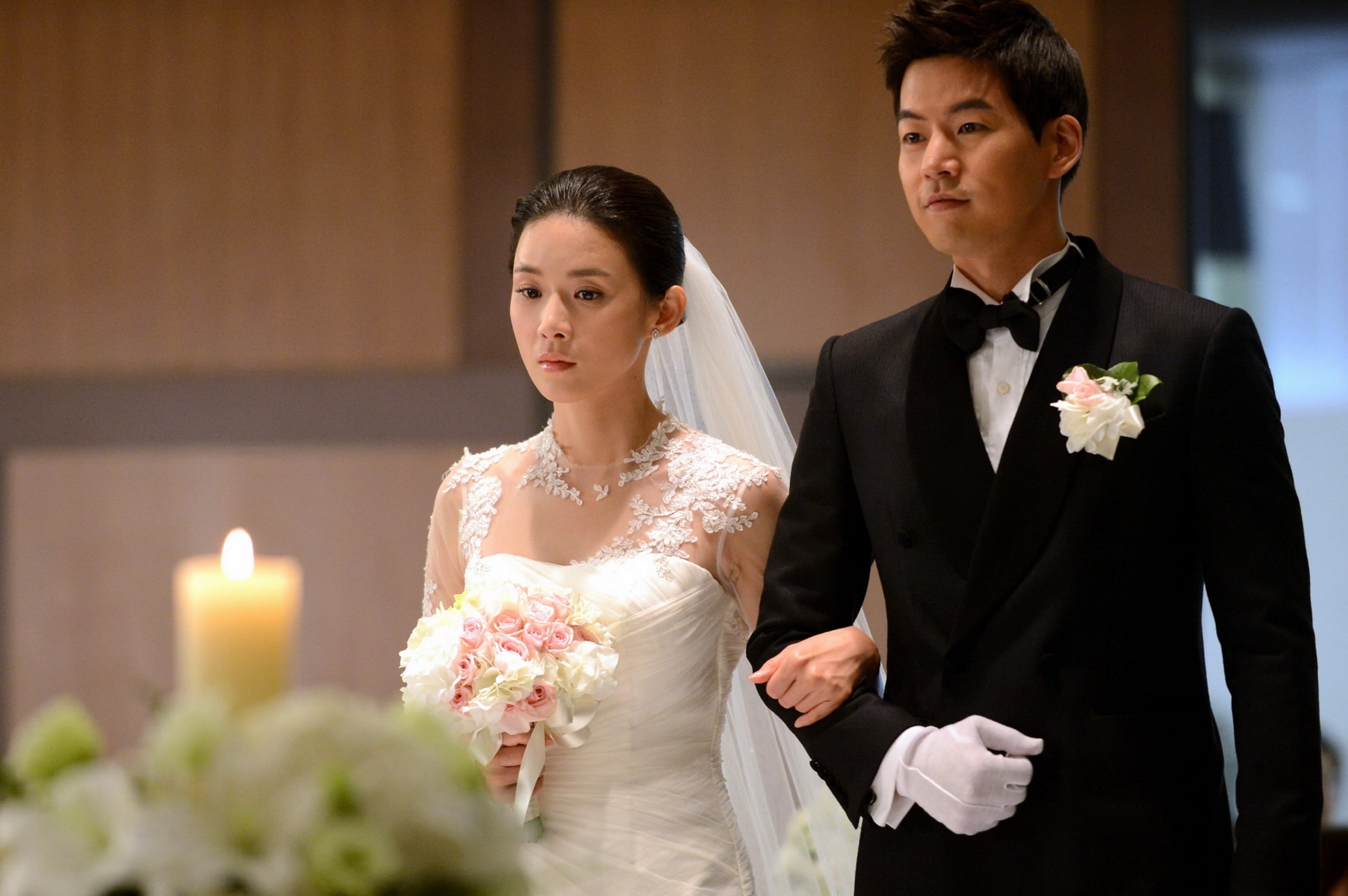 It’s dramatic, but for some reason you can’t stop watching it. And obviously if you don’t mind seeing Lee Sang Yoon for 50 episodes, then it’s definitely worth the watch. You’ll see Lee Sang Yoon go from a rich jerk to being a romantic softie.

And if you’re looking for Lee Sang Yoon in a more humorous and lighter environment, check him out in “Master in the House.” It’s a side we’re not used to, but he’s super lovable and it’s adorable seeing him try to be entertaining and funny for the sake of the variety show! 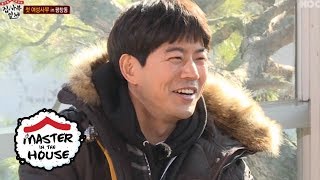 Catch the latest episode of “Master in the House”:

One of the cool parts about “About Time” is seeing Choi Michaela pursue her dream to become a musical star. Lee Sung Kyung has such a beautiful voice, so it’s fun seeing the singing scenes throughout the series. If this is an aspect you’re going to miss about the drama, then definitely check out “Dream High.” It’s got an all-star mega cast with Kim Soo Hyun, Suzy, Taecyeon, IU, and Wooyoung. 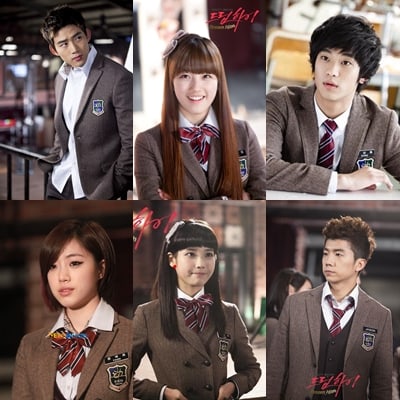 The story follows students at Kirin High School for the Arts who are all trying to become superstars. It’s an easy watch and is definitely easy to get sucked into, so if you love the music theme and K-pop idols, you can’t go wrong with this drama! 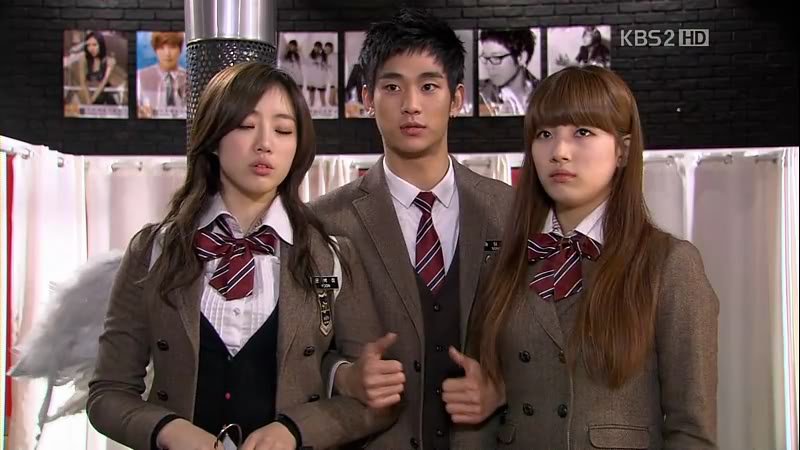 Sad story with a happy ending

“About Time” has a serious storyline and it is a bit unpredictable in terms of ending possibilities. It could’ve been a happy ending, but it also could have been a sad one, which is why I was totally walking on eggshells leading up to the final episode. If you’re into melodramas and sad storylines but appreciate a happy ending, then you should watch “Marriage Contract.” 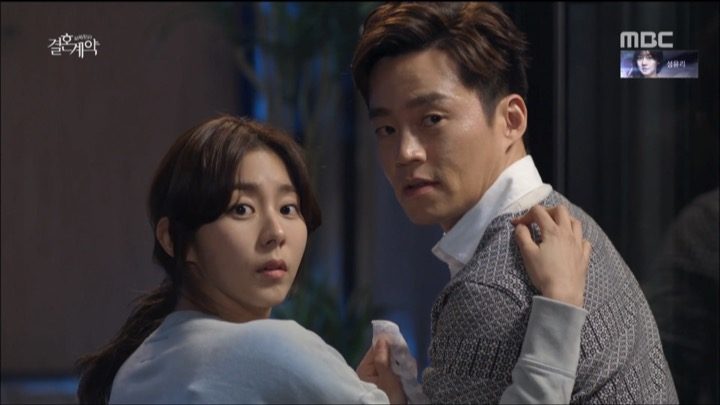 “Marriage Contract” stars Uee as Kang Hye Soo, a single mother who has cancer. In order for her to pay off the debt she has and to save money for her daughter in case she passes away, she makes a contract with Han Ji Hoon (Lee Seo Jin) to marry him for money. It may seem like it would have a tragic ending and I was totally expecting it to be, but I was pleasantly surprised that the ending was a happy one! 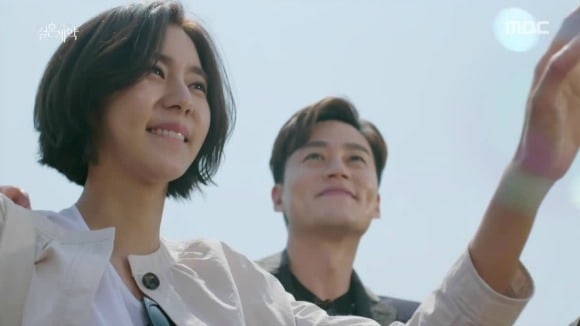 Hey Soompiers, are you going through “About Time” withdrawal? Which of these K-dramas are you going to watch next? Let me know in the comments below!

Currently watching: “Wok of Love,” “The Undateables,” “What’s Wrong With Secretary Kim,” “Come and Hug Me”
All-time favorite dramas: “Secret Garden,” “Goblin,” “Because This Is My First Life,” “Star In My Heart”
Looking forward to: Won Bin’s return to the small screen and Song Joong Ki’s next drama