Yoon Jong Hoon and Kim Kyung Nam have reunited for the first time since their school days in new photos released by MBC‘s “Come and Hug Me.“ 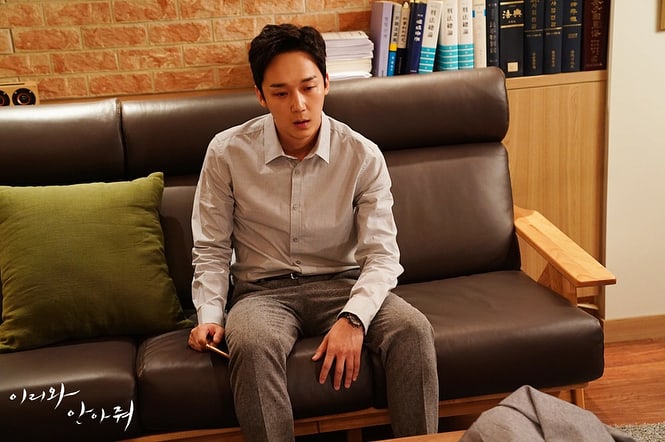 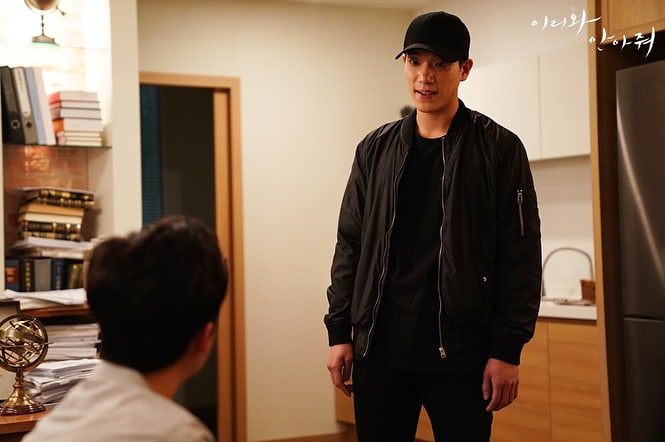 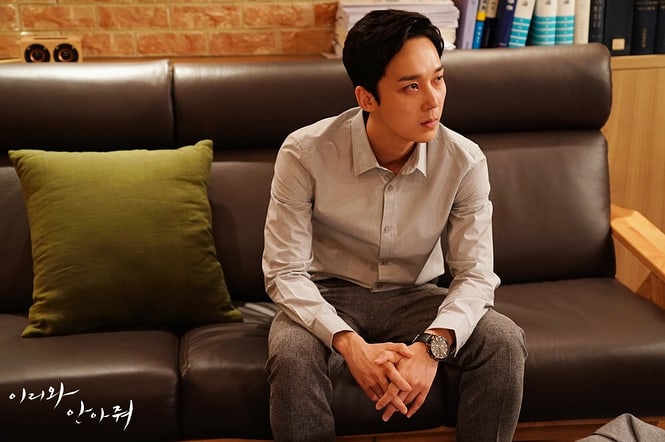 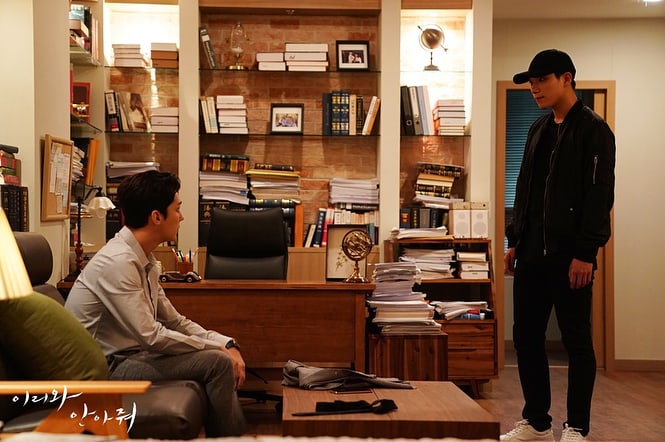 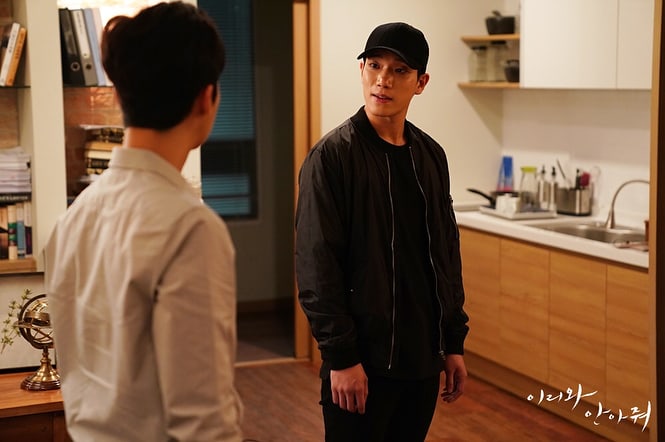 Although the two men were incompatible twelve years ago and still bear different appearances now, they have a similar look of sadness on their faces.

“Come and Hug Me” is a drama that tells the story of a boy and a girl who were each other’s childhood first loves but torn apart when the boy’s father was revealed to be a serial killer and the girl was the daughter of one of his victims. It is a romance that shows how they reunite as adults and heal each other’s wounds.

In the photos released on July 10, Gil Moo Won (played by Yoon Jong Hoon) and Yoon Hyun Moo (played by Kim Kyung Nam) meet after 12 years when Hyun Moo finds Moo Won’s home. He visits Moo Won’s home despite being a wanted criminal and Moo Won being a prosecutor, for reasons unknown.

Moo Won merely stares at Hyun Moo as he sits on his couch, but his eyes hold resentment and fury in them. Hyun Moo reveals his feelings after 12 years, his heartbroken expression proving he had to hold in his emotions all this time.

Even when Moo Won and Hyun Moo met when they were still in high school, they were polar opposites. During that time, Moo Won had been involved in school violence, and in response to Hyun Moo who said, “Whether this bastard dies or not, I’m still going to life live how I want,” he asked, “Have you killed a person before? Do you know what it’s like to have someone die because of you?”

After Hyun Moo took in Moo Won’s words, he realized that Moo Won had something he could not say. Moo Won evokes regret as he expresses his emotions after he is left alone and tears paint his cheeks. The photos gather interest as viewers wonder what type of story the grown-up Hyun Moo told Moo Won.

A source from the drama said, “Hyun Moo will reveal the stories that provoke Moo Won’s feelings in the July 11 episode. Please watch the next episode, as we plan to reveal the contents of their conversation as well as the reason why Hyun Moo sought out Moo Won.”

Yoon Jong Hoon
Come and Hug Me
Kim Kyung Nam
How does this article make you feel?