On the July 10 episode, Sanha used public transportation and went to his family’s home. While resting, his parents continued to ask him for his autograph. His dad explained, “When I was young, my dream was to become a singer.”

Wanting to play guitar with his son, his dad followed him around and played the guitar next to him, while Sanha and his brother came up with creative ways to get away from their dad’s guitar playing.

The ASTRO member then received a package and became curious about the other people accompanying him on the trip.

He called his close friend Lee Dae Hwi and asked him if he was one of the members going on the trip. Lee Dae Hwi answered, “No. Please take me!” 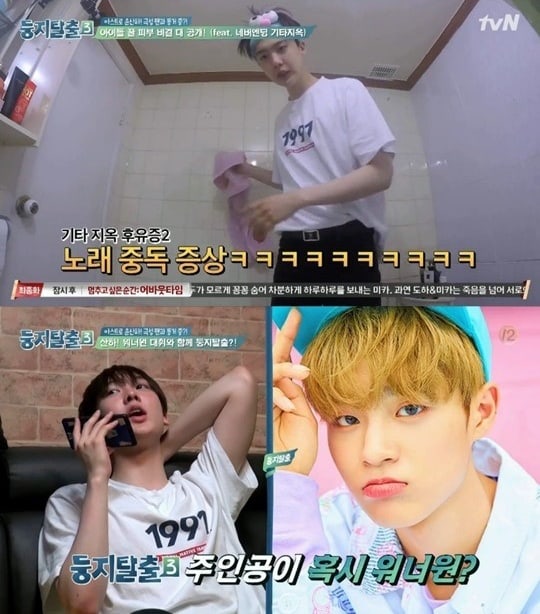 When Sanha said, “I’m going to Japan tomorrow,” Lee Dae Hwi replied, “But you can’t speak Japanese! I 100 percent guarantee that you’re going to stammer when you’re there.”

Sanha responded, “Let’s hang up now. Thank you.” He joked, “I thought he was going to tell me that I would do a good job. He’s harsh.”

ASTRO
Wanna One
Sanha
Lee Dae Hwi
Nest Escape 3
How does this article make you feel?