The two actors revealed that they’re pretty close. Yoon Doojoon said, “We’re the same age. Jin Hee and I became close while filming.” On their first impressions of each other, Yoon Doojoon said, “It was really good. [Baek Jin Hee] is one of those people that can make you feel really comfortable.” Baek Jin Hee said that Yoon Doojoon seemed like his “Let’s Eat” character Goo Dae Young the first time they met. “After only seeing him on TV, meeting him in person was surreal.” 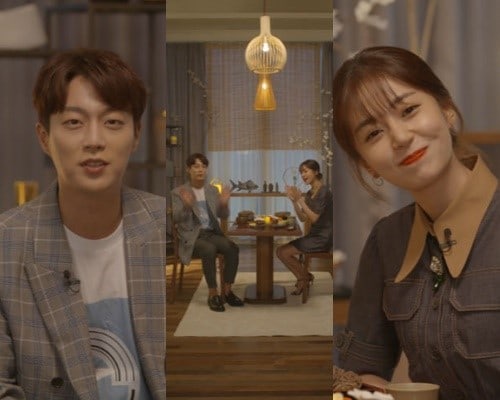 On how they eat when they’re abroad, Yoon Doojoon said, “I used to always take Korean food with me when I left the country, but these days, my tastes have broadened. I can go a couple of days without eating any Korean food.” Baek Jin Hee said she’s quite the opposite: “I always take cup ramyun and red pepper paste with me when I go abroad.”