“to. Jenny” PD On What Makes It Different From Other Music Dramas + Casting Kim Sung Cheol And DIA’s Jung Chaeyeon

The producing director (PD) of “to. Jenny” talked about why the drama will be different than others in its genre!

On July 10, a press conference was held for the new KBS 2TV music drama “to. Jenny,” with director Park Jin Woo and lead actors Kim Sung Cheol and DIA’s Jung Chaeyeon in attendance.

“to. Jenny” follows a man named Park Jung Min (played by Kim Sung Cheol) who only knows how to sing and has been single all his life. A love story unfolds when he meets his first crush Kwon Na Ra (Jung Chaeyeon) again after 10 years and tries to win her heart through music. Kwon Na Ra is trying to pursue her dream of being a singer again after her career as an idol didn’t work out.

Park Jin Woo said at the press conference, “We made it in a way that is much more fun, cute, and plausible than you’d expect. You should look forward to it.”

When asked why he took on the challenge of making a music drama, Park Jin Woo replied, “I’ve always enjoyed listening to music, and I listen to a lot of music for work reasons as well. So I’m really interested in music films. Since I like that kind of film, I wanted to make one myself. I decided to make a drama that uses music that I enjoy.”

“My biggest goal was to make a music drama that doesn’t make the viewers cringe,” he went on to say. “I thought that the reason music dramas don’t do well in Korea is that whenever the music comes on, it becomes awkward and cringeworthy. In our drama, the actors are doing their own rehearsing and performing the songs, so it would be difficult for it to seem cringeworthy. I’m confident about it.”

Most of the music in “to. Jenny” is indie music, and Park Jin Woo explained that this happened because he tried to find music that hadn’t yet been able to receive a lot of attention. He assured viewers that the songs are all both good and unique. 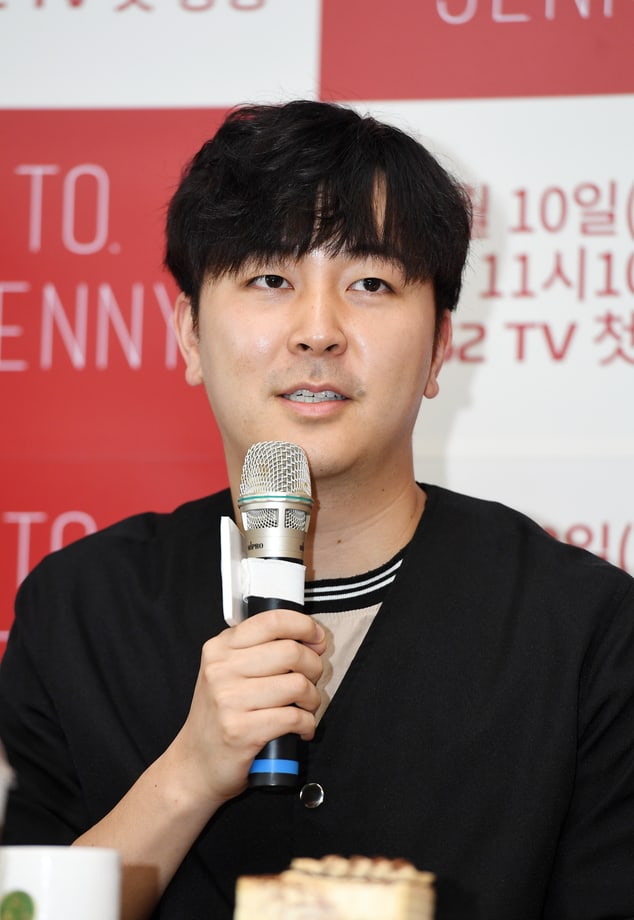 When asked about the process of casting the drama’s two leads, Park Jin Woo first explained that he’d seen Kim Sung Cheol in “Prison Playbook.” He said, “I found out after that while I was working on casting that he’s a famous musical actor. While gathering information, I realized that he was the perfect person for our drama.” He went on to explain that his face is exactly perfect for the Park Jung Min that he’d envisioned, and that he is also a great singer.

In regards to Jung Chaeyeon, the director said, “She has the most stable vocalization and diction of actors who began as idols. I thought that her experience of debuting through ‘Produce 101’ and becoming popular would be of good use. I thought that because she went through that process and debuted, she would be able to understand the feelings of the character Kwon Na Ra well.” 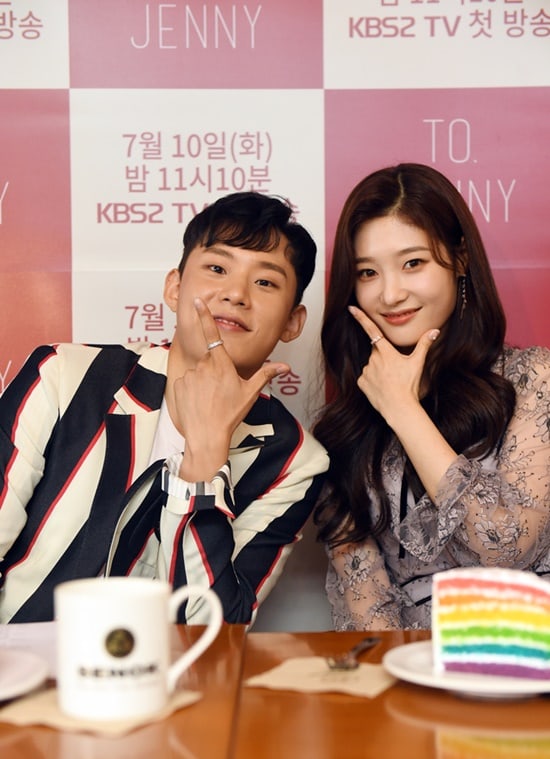 Kim Sung Cheol also talked about being able to perform while singing, which he hasn’t often had the chance to do in dramas or films. “It was great to be able to show this side of myself in a drama,” he said. “I’m almost always the one who is performing on the guitar or piano. That was actually quite difficult. I wasn’t always able to be an actor who plays musical instruments. I feel like I’ve developed a great hobby because of this.”

Jung Chaeyeon also talked about playing the role of Kwon Na Ra, who was not able to achieve fame as a member of an idol group. “I thought of Kwon Na Ra as someone who hasn’t yet been able to fully achieve her dream,” she said. “At first, it was hard for me to understand her. She’d trained hard for seven years, stood on stage only once and made her debut, but wasn’t able to continue promoting.” She explained that she felt both similarities and differences with the character, and that while acting she had tried to think about friends of hers that had trained for a long time.

“to. Jenny” premiered on July 10 on KBS 2TV, and it will be available on Viki.

Watch a trailer below!

DIA
Jung Chaeyeon
to. Jenny
Kim Sung Cheol
How does this article make you feel?