EXO will be making history once again with a light show at the Burj Khalifa in Dubai!

Standing at 828 meters (approximately 2,717 feet) — not including its antenna —, the Burj Khalifa is the world’s tallest structure and boasts the world’s largest LED screen. The building lights up every night with a dynamic LED light show, consisting of various art installments and writing. Through a project organized by China Baidu EXO Bar, EXO will be featuring in their very own LED light show.

As explained by local media outlets, faces of people are not typically displayed on the Burj Khalifa’s LED screen. Up until now, only royal figures from the monarchies of the seven Gulf countries like the United Arab Emirates and Saudi Arabia have been projected. The EXO members will be the first people who are not royalty to be featured on the Burj Khalifa.

Through its official social media accounts, the Burj Khalifa recently gave fans a sneak peek. The show will take place on July 14 at 8:10 p.m. (local time), and will be three minutes long.

In addition to the light show, The Dubai Fountain will play EXO’s “Power” once more at the same time. Earlier this year in January, “Power” was the first Korean song to be played at The Dubai Fountain and the coordinated fountain show ran for two months.

Check out the preview below and let us know how excited you are for this show! 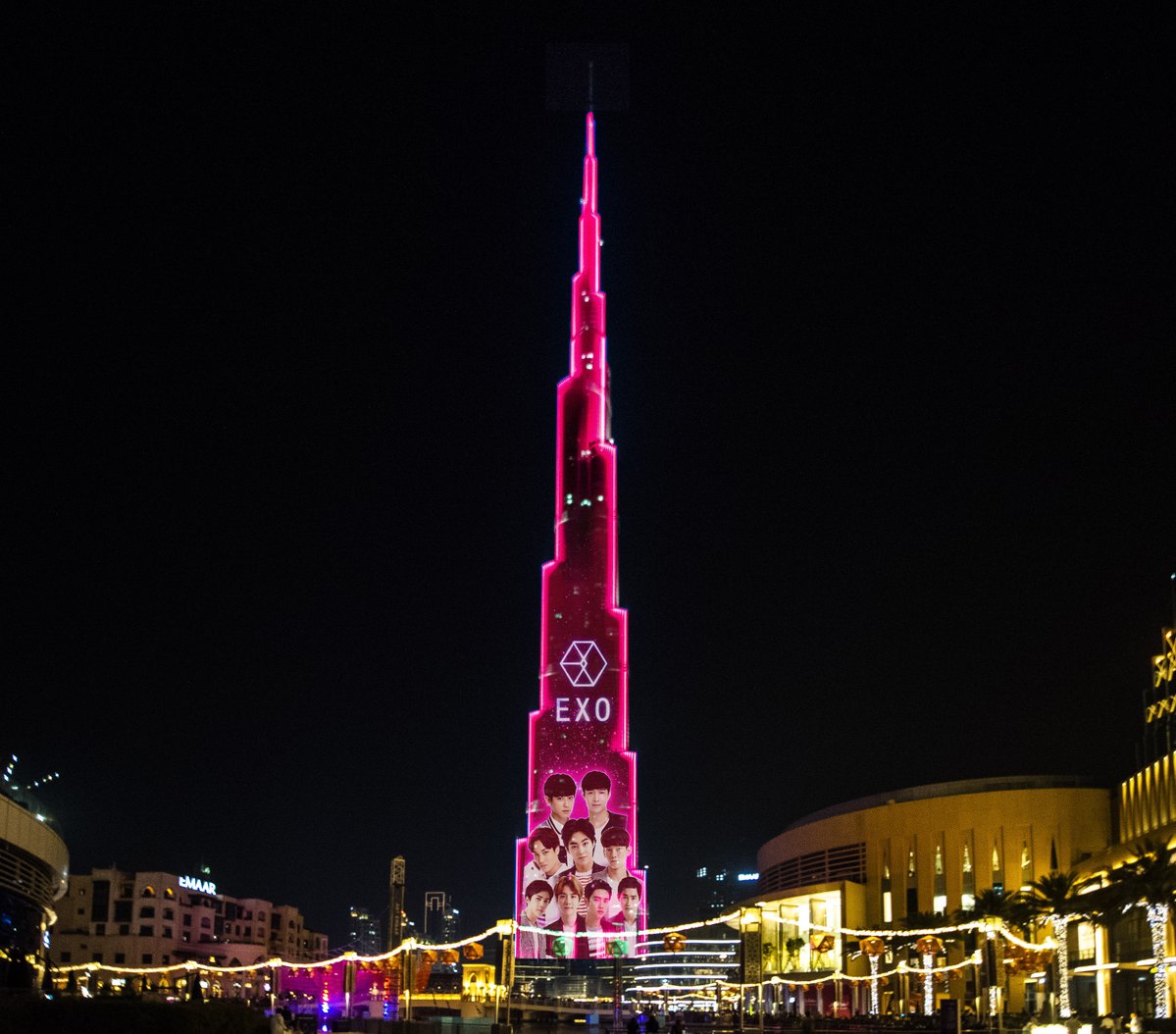