“Time” follows the story of a rich but cold-hearted man named Cheon Soo Ho (played by Kim Jung Hyun), who doesn’t have much time left to live. His remaining days are spent helping an optimistic woman named Seol Ji Hyun (played by Seohyun), whose life was ruined because of him.

The new teaser opens with scenes of Seohyun looking distraught before she’s shown kneeling in the middle of a street during a rainstorm. Kim Jung Hyun yells at her, “Do you want to die? What are you doing just sitting here?” He is then seen carrying Seohyun in his arms. She responds weakly, “I don’t know… if I want to live or die.” Kim Jung Hyun says to her in another scene, “If you made up your mind to die, just die. I’ll die with you.”

It also shows a tense scene between Kim Jung Hyun and Kim Jun Han. Kim Jun Han says, “Those things were done for you… so your heart is at ease.” Kim Jung Hyun looks worried after hearing this. Hwang Seung Eon is heard saying, “Eventually, this is how it’s going to end, right?” 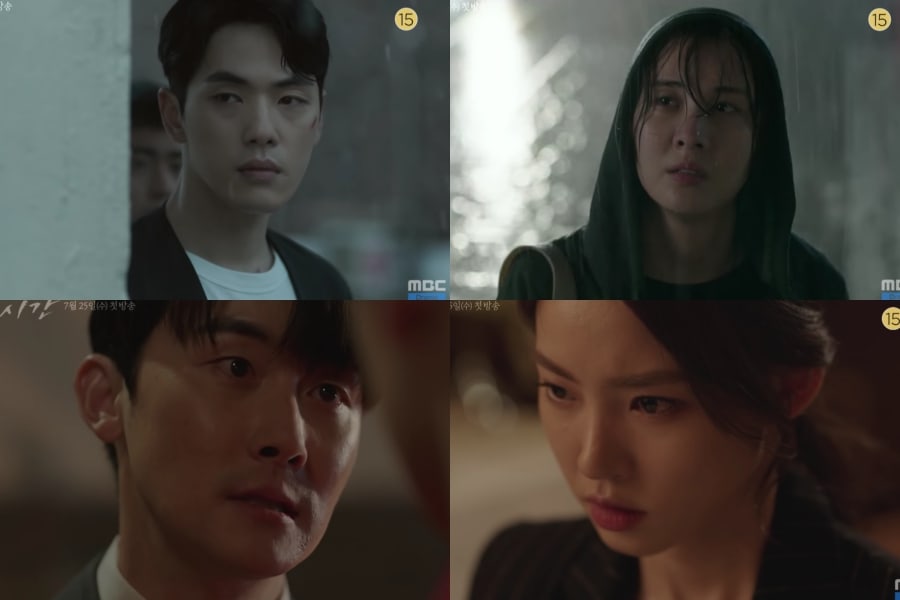 All the characters seem to be under some kind of distress. The teaser ends with the message, “A story about those that are imprisoned by time.”

“Time” will air its first episode on July 25 at 10 p.m. KST and will be available on Viki!

If you haven’t already, check out the first teaser below!