With Park Min Young getting great reviews for her acting in “What’s Wrong with Secretary Kim,” new stills give a glimpse of how she’ll be showing her talents in the next episode!

As the drama progresses, more and more attention has been focusing on Park Min Young. She plays secretary Kim Mi So, who’s known as a legend in the offices of Yumyung Group for being perfect at her role of assisting vice president Lee Young Joon (Park Seo Joon).

It’s said that she’s been getting lots of love from viewers for her performance, as she makes their hearts race with excitement, stirs up emotions of sympathy, and makes them laugh. On top of that, Kim Mi So’s outfits and makeup have made her serious style goals for many viewers. Park Min Young has been in first place on the list of Most Buzzworthy Actors for two weeks in a row, proving her status as one of the most popular actors of the moment.

New stills for “What’s Wrong with Secretary Kim” that were shared on July 11 show Park Min Young showcasing her acting range while her character is in the hospital following the shock of suddenly remembering the horrific details of her childhood trauma. The photos include her looking pale as she lies in the hospital bed, crying sadly, looking curious with wide eyes, and also smiling brightly and cheerfully. 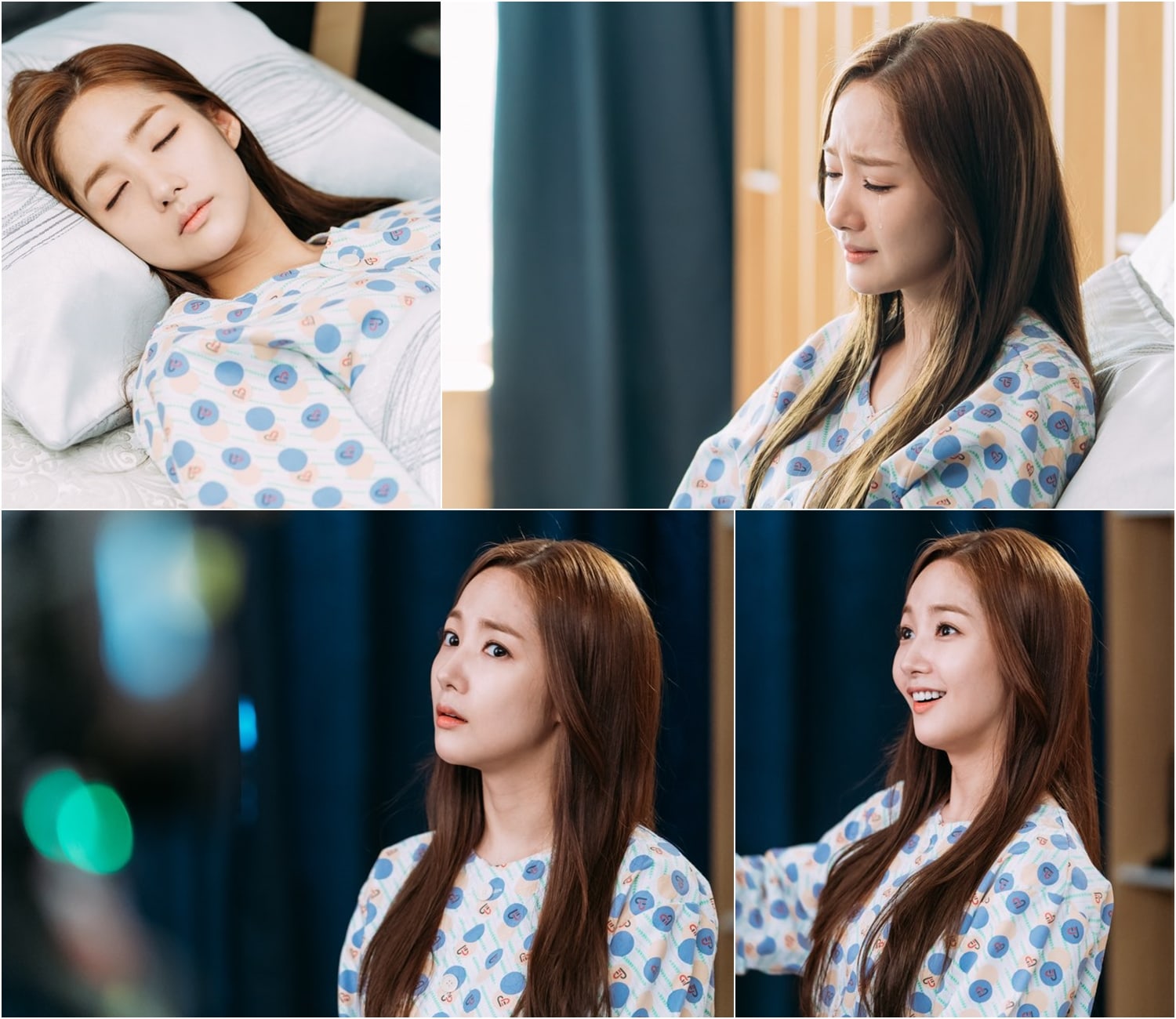 The varied emotions that can be seen in the photos are making fans wonder what happens to Kim Mi So during her time in the hospital.

“What’s Wrong with Secretary Kim” airs on Wednesdays and Thursdays at 9:30 p.m. KST on tvN.