Ashley is currently preparing for the release of her first solo “Here We Are,” which is tropical dance music that is fitting for the hot summer.

In a pictorial and interview with BNT International, she said, “I think if you’re an idol singer, you’ll have some ambitions about solo [promotions]. I dreamed of becoming a solo artist watching Lee Hyori. I was able to gather strength thanks to my strong, supportive members who cheer me on with one mind and advise me on my concept.”

Speaking about how she still lives in a dorm with her members, Ashley continued, “I’m basically family with my members now. There was obviously some discomfort when we first met because we were people who grew up in different environments for 20 years. But now, it’s become our everyday life so there aren’t any fights or even small arguments.”

Ashley spent her childhood in the United States and studied theater. She explained, “Instead of wanting to act as an actress, I like singing more so I have a lot of interest in musicals. When I see labelmate and musical actress Ivy who is currently actively promoting on stage, I think that she’s cool and I’m envious.” The idol added that she goes to watch musical shows. 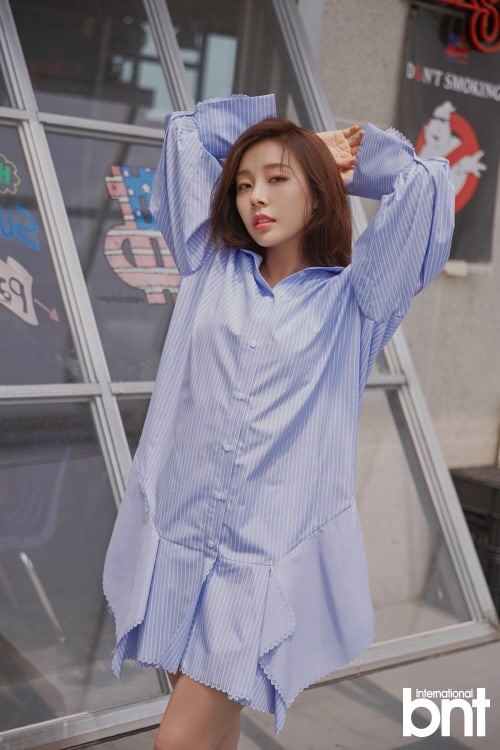 Speaking about her happiest moment after debuting as a Ladies’ Code member, Ashley said, “At the beginning of my debut, I didn’t know anything, but my expectations grew after I debuted. I was happy to receive the Rookie Award during that mentally difficult time as it seemed like a reward. But sometimes, I miss the times when I woke up early at dawn to get my makeup done and went to rehearse.”

She chose KARD’s BM and BLACKPINK’s Rosé as her closest friends. “I think there’s something that connects Korean diaspora. I went to church when I first came to Korea and the person sitting next to me was Rosé. While sitting next to each other and talking, we got along well and even went to a café.”

When asked if she remembered that BTOB’s Changsub named her as his ideal type, Ashley replied, “It was probably a joke. I also read it in an article and I’m really thankful that he mentioned me. He’s a friend who I spent my trainee years with. These days, we just ask how each other is doing.” 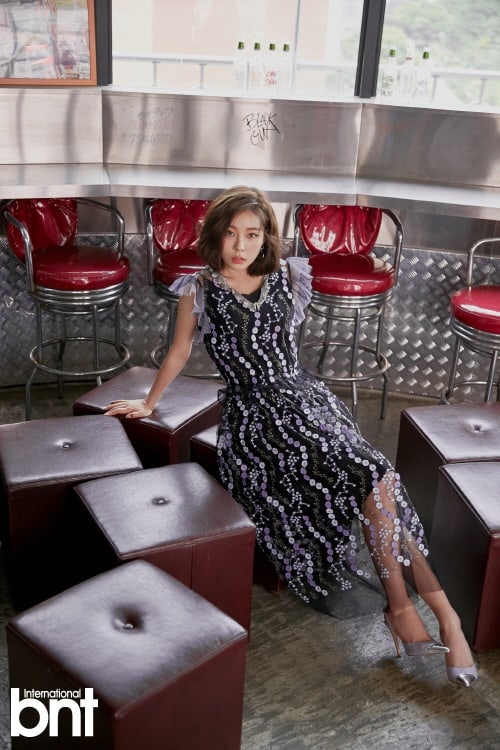