A Group Full Of Visuals: Red Velvet Beauty Looks That Will Give You Serious Makeup Envy

Throughout the eras, Red Velvet’s styling has undergone transformation after transformation. I mean, they aren’t called the queens of concepts for nothing, right? They can truly pull off any style of music, as well as any style of beauty. So whether you’re a makeup guru in need of inspiration or you just like looking at the Red Velvet members’ faces, here’s some of the group’s best beauty looks for your viewing pleasure. Enjoy!

The true meaning of “Happiness” is eyeliner

When people think about the “Happiness” styling, they mostly picture the girls’ brightly colored hair, while the makeup is more understated. See, the rainbow locks and flower crowns are what grab your attention, but the makeup artists actually use eyeliner as a secret weapon to make their gazes pop. 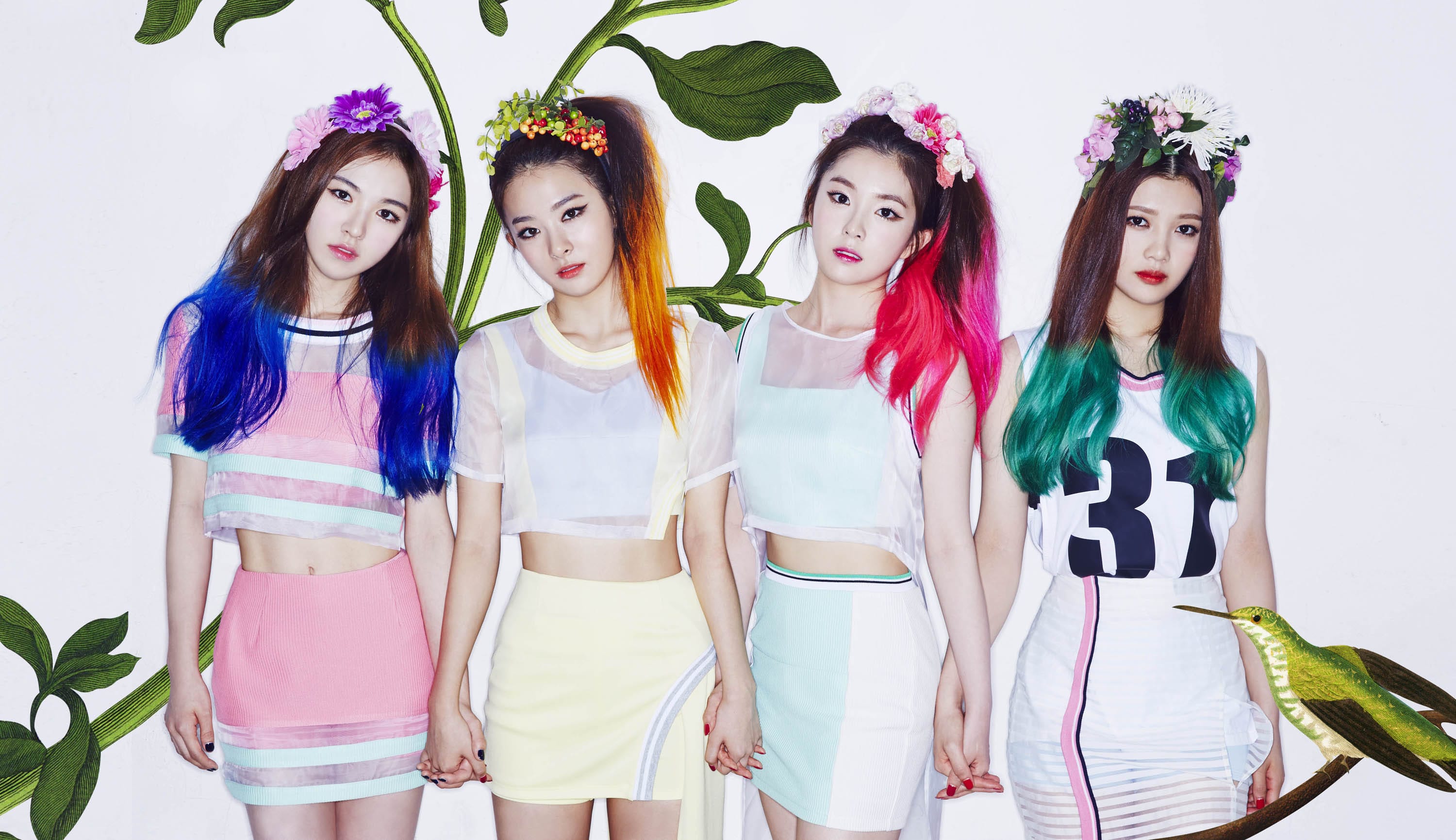 In this particular shot from the MV, Wendy’s makeup is gloriously simple: black eyeliner, neutral brows, and a subtle lip. Plus, don’t be afraid to smudge your liner if you’re like me and can’t draw a wing for your life!

On the other hand, you wizards who can draw that perfect winged eyeliner on both eyes can imitate Irene’s look here. Her eyeshadow is almost nonexistent, drawing plenty of attention to the liner and mascara. 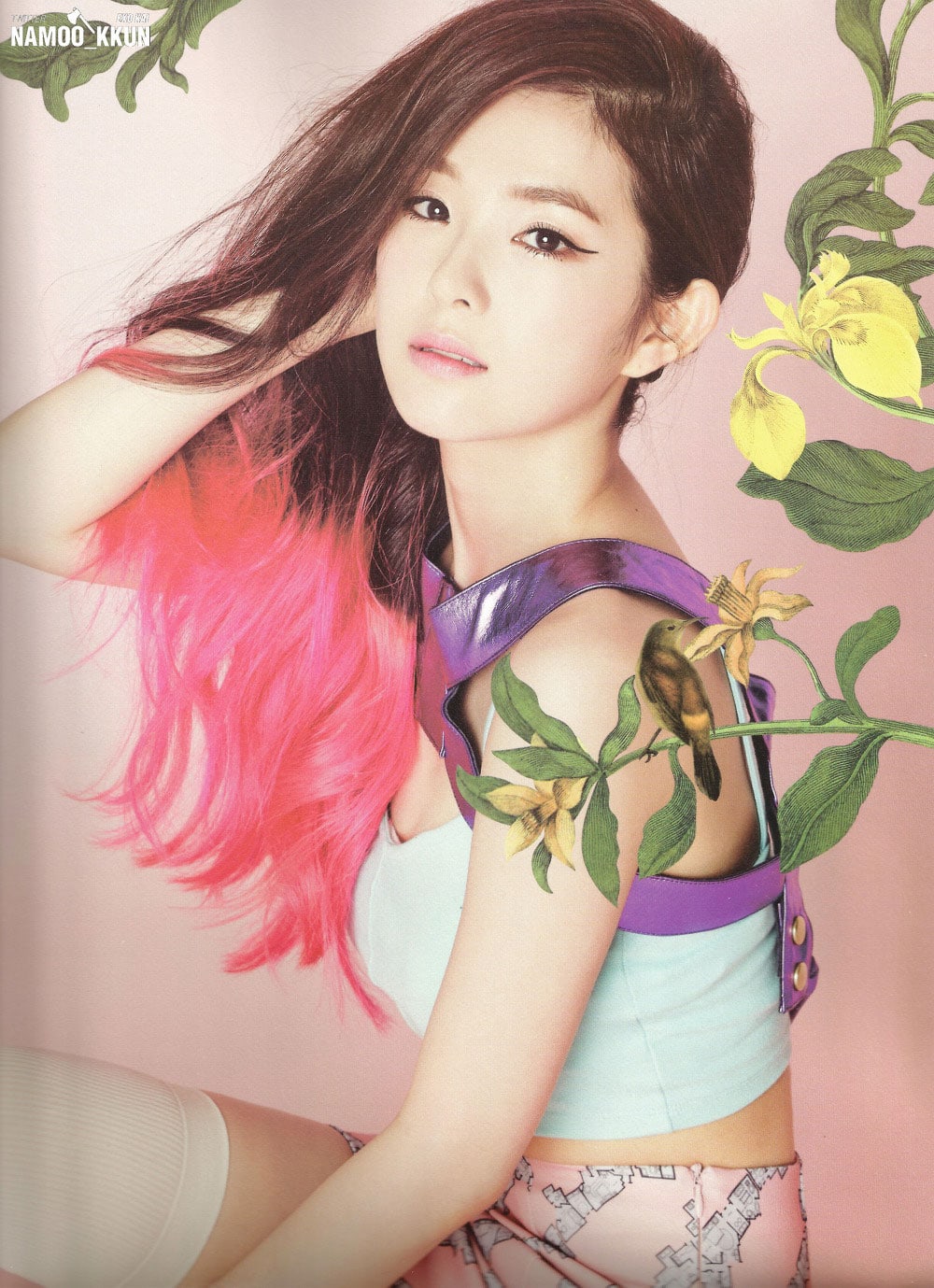 This beauty is “Automatic”

Messy elegance is the name of the game here, folks! In order to look mature in an effortless way, your hair should be down and your makeup should exude warmer tones, according to Red Velvet. The key is to do a lot with a little.

Rather than going full glam, Seulgi’s look is full of light touches that don’t weigh down her face in the slightest. Her brows are subtle, her brown shadow is less heavy than a traditional smoky eye, and her coral-ish lip color gives the look just a bit of youth. 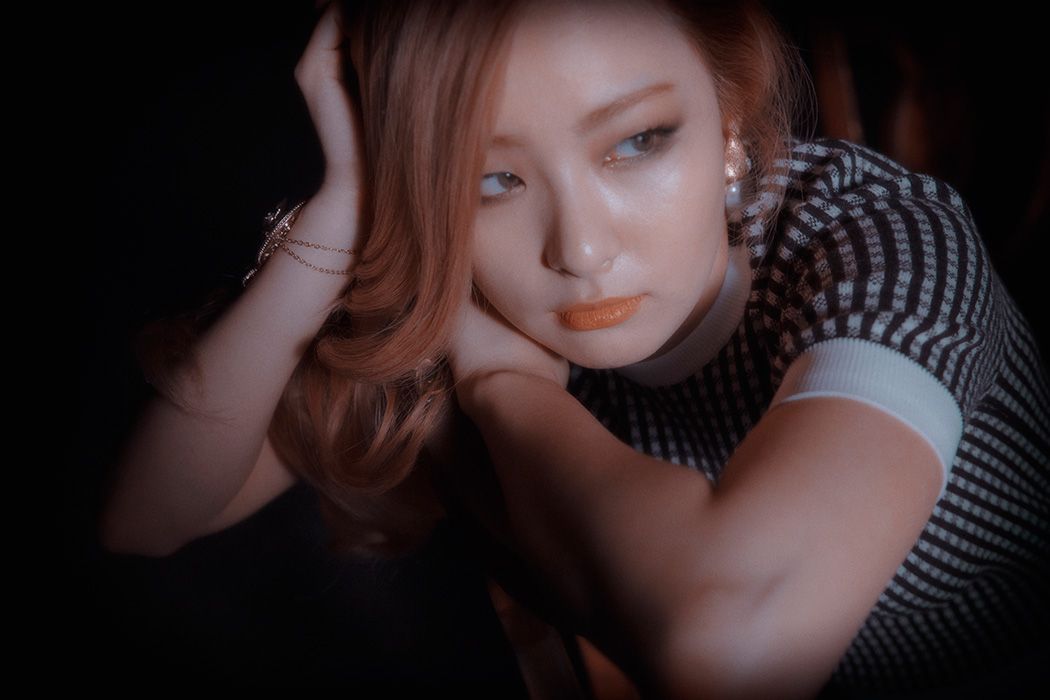 Compared to “Automatic,” this era’s makeup is much more bright and whimsical, though the bleached hair is still in full force. The focus here is on pastels, making the girls look quite a bit younger as a result.

A main theme seems to be peachy tones, the lack of contrast creating a softer look all around. Even their hair fits the color palette, leaving the colored contacts to act as the sole pop of coolness in a sea of warm pinks and yellows. 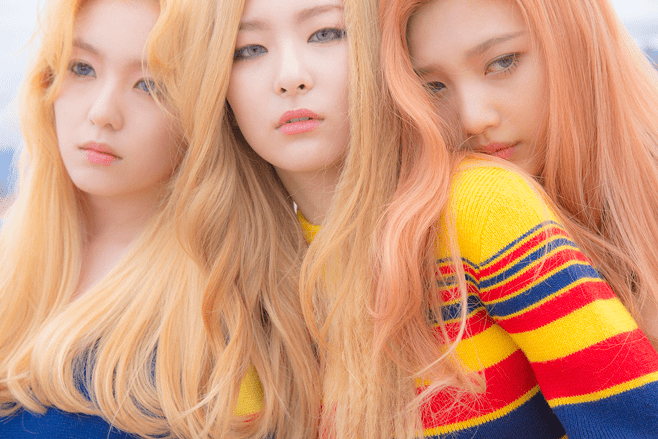 Excuse the pun, I have a theme to keep to here! “Dumb Dumb” is an era defined by a doll-like look, which means more red lips and dusty cheeks out on display. The liner here is even stronger than during “Happiness,” and the brows are sharper so as to match the dark hair of this era. 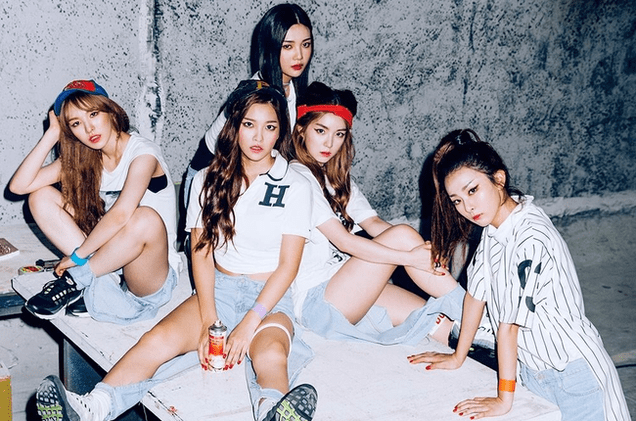 Rather than embodying softness, the makeup of “Dumb Dumb” isn’t going for subtlety at all. Irene’s look is literally tied together by her super cute headband, and every part of her face is strategically made up for the sake of emphasizing her features.

“One of These Nights” maybe I’ll finally try these looks

During the underrated style gem that is “One of These Nights,” all the members have a Disney princess-like classiness about their style. Each member is made up differently, contrasting the style uniformity of previous comebacks.

Joy, come through with that muted palette and soft lip! The sole pop of color here is the red of her lipstick, which is beautifully matched with those ruby-hued nails. Not to mention that the wave of her hair is to die for.

In a look that meshes Princess Peach with ethereal goddess, Yeri is absolutely gorgeous in pink. The lack of contrast here is so pleasing that it feels like someone straight-up put a filter on her. If you thought “Ice Cream Cake” makeup was soft, then you haven’t met “One of These Nights.” 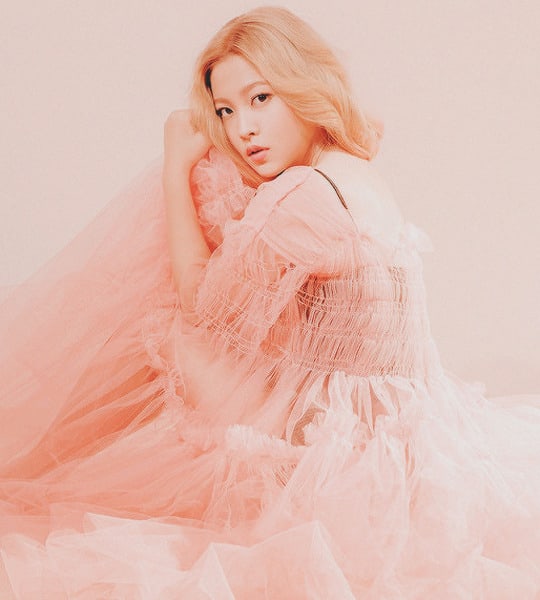 Choosing the right makeup is like a game of “Russian Roulette”

Combining the doll-like aspects of “Dumb Dumb” with just a touch of “One of These Nights,” Red Velvet uses more diverse colors to portray a whimsical vibe in “Russian Roulette.” Each member’s shadow matches her distinct hair, but otherwise they all share more or less the same makeup: highlighter, blush, and a pink lip. 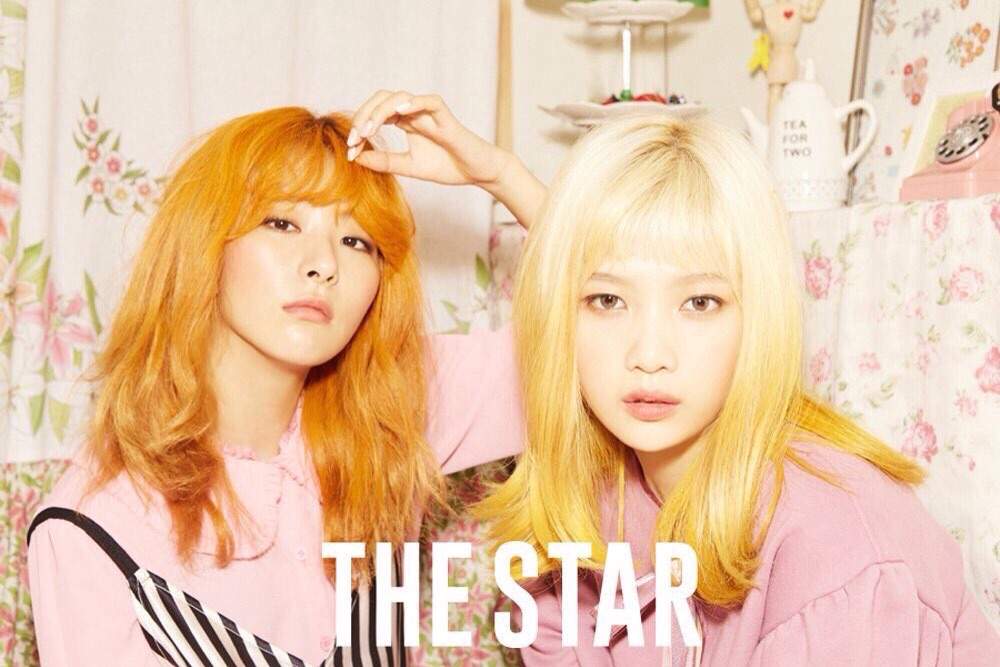 The hair makes all the difference, especially seeing Wendy’s cute pigtails below! The sparkle at the inner corners of her eyes is also a nice touch.

As you might guess from the name of the title track, the “Red Flavor” comeback is all about the color red (#brandingonpoint). The styling of this music video is all about red accents, primarily using red lipstick and various garments of clothing. Therefore, every other aspect of the face is kept neutral for the sake of color coordination.

Joy in particular embodies the fresh image of the era, since she’s literally covered in red! Yet the look isn’t overpowering because of her otherwise minimal display of other colors. 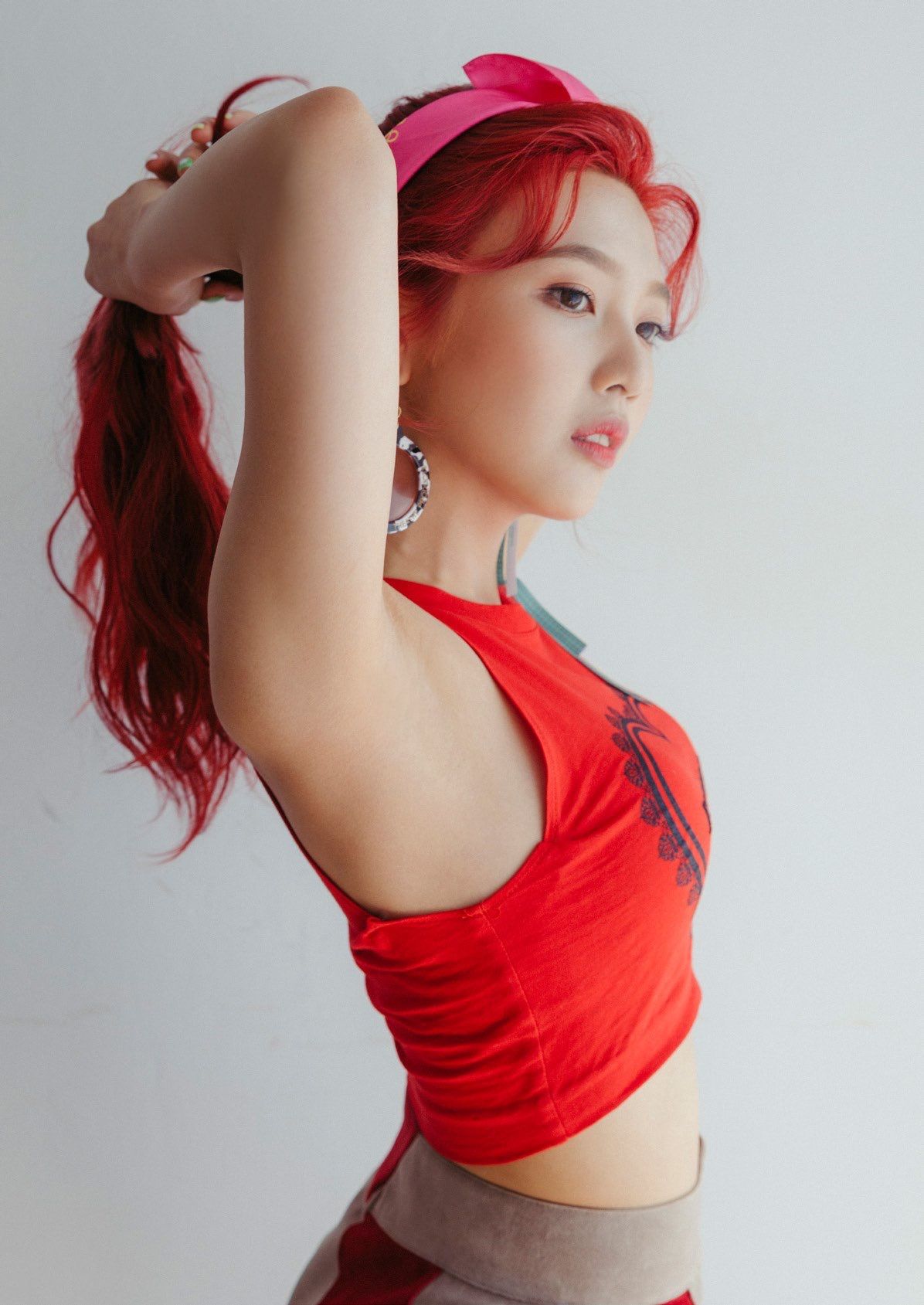 “Peek-a-Boo” is all about portraying a confident and luxurious vibe, and it’s the comeback which most depends on eye makeup. See, Yeri is wearing the same red lip as during “Red Flavor,” but her eyeshadow is a bit heavier and carries a bit of a shimmer.

Every member rocked the sophisticated look in her own way, with the one commonality always being the dramatic eyes! 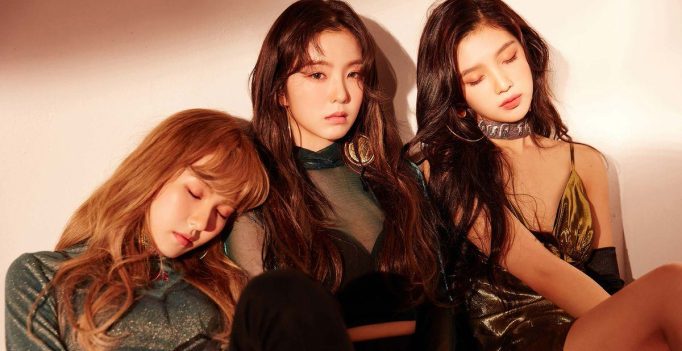 No “Bad Boy” allowed beyond this point

If you’re not into softer looks, the “Bad Boy” comeback has brought with it a style that will finally fit your tastes. Forget about natural makeup or picking between a stronger eye and lip; everything is in full force here.

Though the style still isn’t as intense as Western makeup, this makeup is very full-on by Red Velvet’s standards. And they look much fiercer as a result! 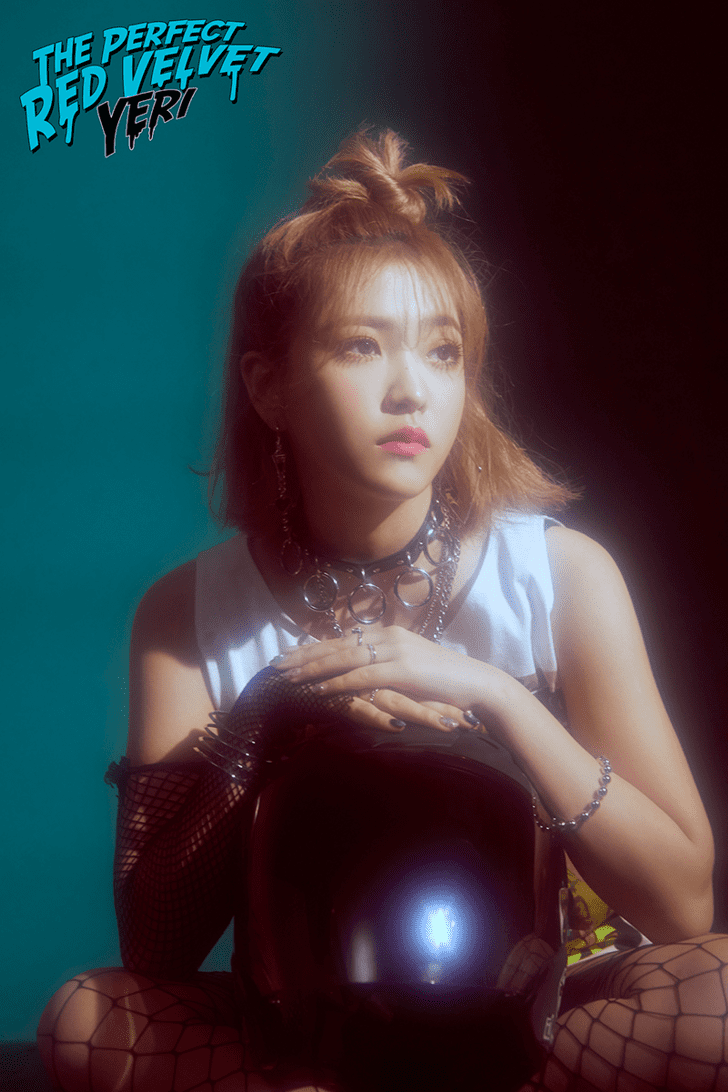 Try some of these looks for yourself

Which of Red Velvet’s beauty looks is your favorite? Be sure to share it with us in the comments!